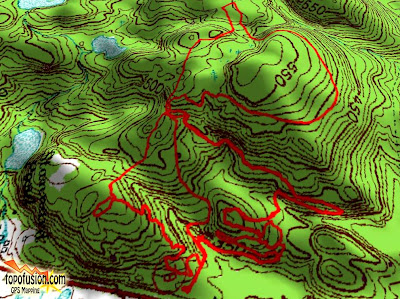 After 3 hours of trail work and excellently catered lunch with Gyros, corn on the cob, french fries, and deep fried macaroni and cheese balls, John Biehn led Corey and I on a 6 mile ride on all the new singletrack at Rockland Preserve. 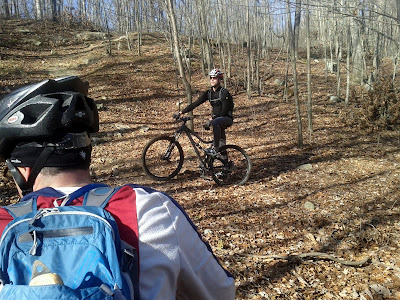 This place has a lot of climbing! 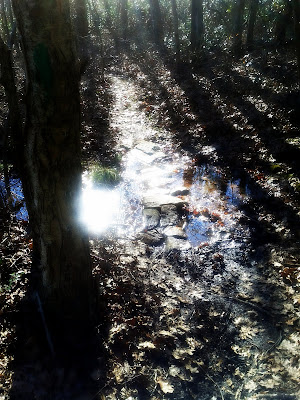 Above is the rock armoring project from earlier in the day. 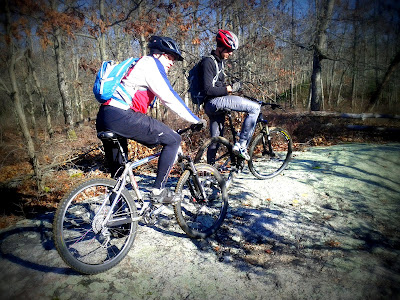 Corey and John hanging on some slick rock. 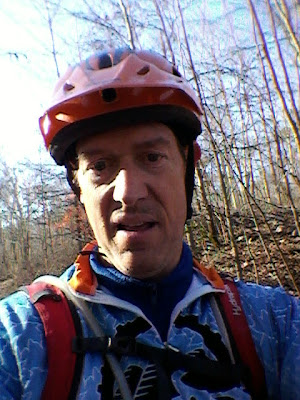 Awesome day to be riding!  The new wheel on the Spot rolled nicely and I really like having the Panaracer Rampage up front on this bike.  The Schwable Racing Ralph tire was just way too big and clunky.  The Rampage, being thinner gave me a better feeling of control and it was really fast. 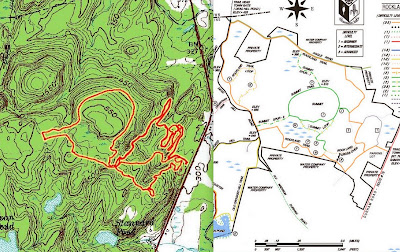 Above is a comparison of what we road to the current trail map at the Preseve.  What you see on my map that is lines up with the map on the right is the dual track old cart roads that make up a large portion of the preserve but what you don't see on the right side but on the left is the new single track and it was awesome riding!  Can't wait to go back for more!