Holy crap was it cold tonight!  By the time I got home from work and started doing the Clark Kent from Garage to Bedroom and back to the Garage again, the sun had already set, the light was fading fast, and the temperature was dropping.  Definitely going to be a tight(s) ride, along with cold weather booties, gloves, a couple of layers up top and an ear band. 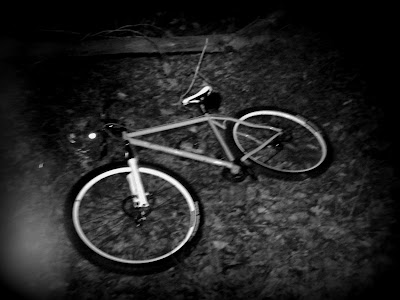 I felt the Raleigh was being neglected and needed to be ridden so I threw my commuter light on the bars, bear bell, and headed over to Upper Paugussett State Forest.  I rode the entire length of the Poly Brody with the commuter light on but didn't really need it because I have pretty good night vision but it was comforting.  Then on the Gussy I put the HID on and between the two had plenty of light.  The Raleigh felt good and I was really eating up the trail.  Granted no Strava KOMs on this ride largely due to the trees down in the middle of Gussy but it was just fun to be on the Single Speed again. 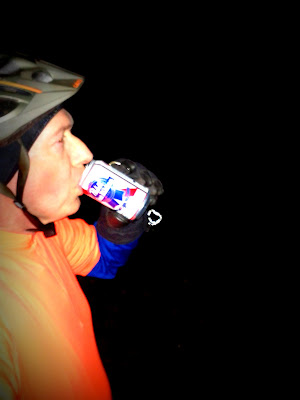 Nothing like an ice cold PBR post ride.  It was ice cold and went down smoothly!  Checking the temps when I got home it was 32 degrees but that PBR was perfect!
at 8:31 PM