Case Mountain is one revered mountain biking destinations in the State of Connecticut and this was my second time riding it and I still can't get over how awesome it is.  Not to mention TECHNICAL!  CT's Chapter on New England Mountain Bike Association held it's second annual Turkey Burner on yet another outstanding day.  Last year's weather was equally fabulous.  One thing that I noticed right off the bat was the parking lot was now a lot more organized and could hold a lot more cars. 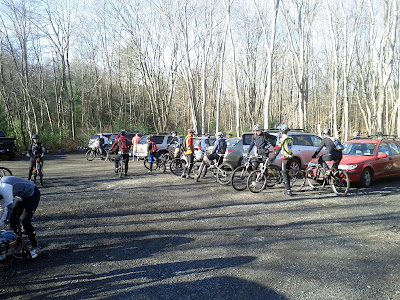 Turn out this year was not as many people as last year but there 25+ present.  There were 4 groups heading out initially: The advanced ride led by John Isch, a DH, huckle & buckle group led by by Brett Metzger, the intermediate group led by Al Tinti, and a beginner's group led by someone from the Leisure Trail Riders Association. 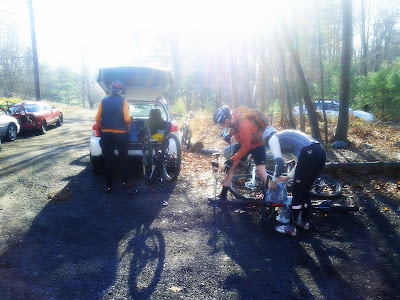 The intermediate ride was three miles longer than last year, mainly because we did a different singletrack section then following the trail like we did last year down to the steel bridge.  This new route (for me) was technically insane and it was some of the best riding since Trail of Tears this past summer that I did. 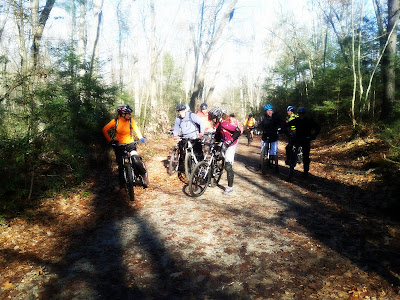 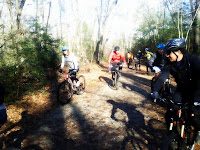 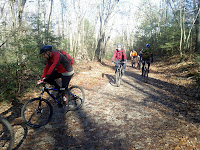 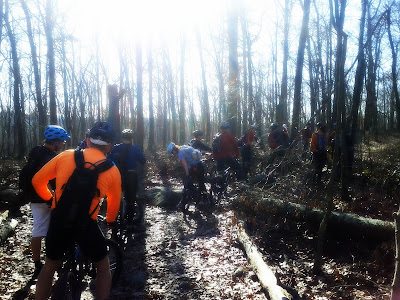 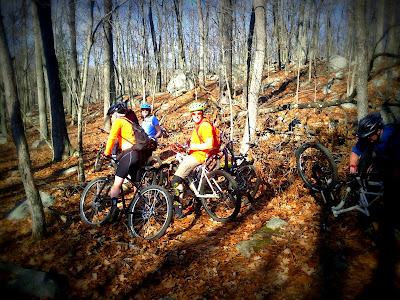 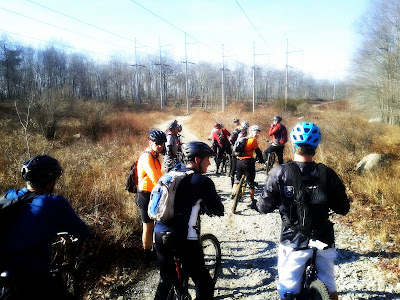 At the power lines before the start of the Tinti Trail, which Al will not take credit for.  If you ever come to Case Mountain, you have to ride this trail!  There is even a Strava Segment for it (not surprisingly) called Tinti Down. 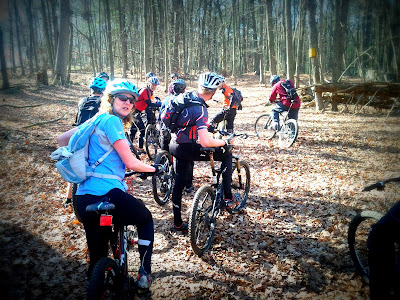 Everyone taking a breather after riding the Tinti Trail 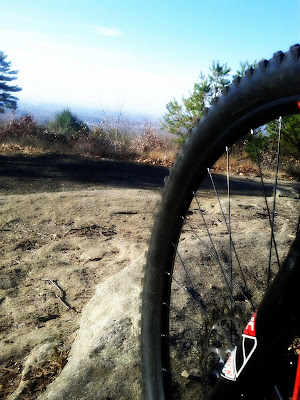 From there we wrapped around the Reservoir, this time from the other direction and made our way to the Summit over looking Hartford where we did the annual group photo!  This ride was 3 miles longer than last years and every mile was worth every minute! 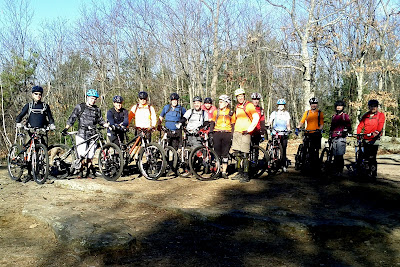 I missed this ride... looked like a good time.