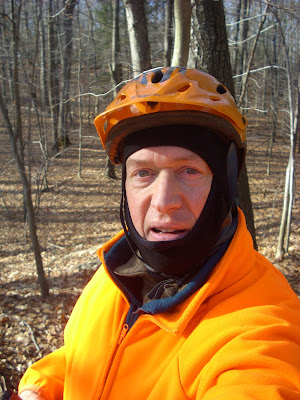 Headed over to George C Waldo State Park because the latest trail report said the Where's Waldo trail was in fabulous shape after the big rain that washed away all the snow we had over Christmas. Midday high on Tuesday was 18 degrees but the wind gusts from 30 to 40 mph made it feel like minus 3 degrees. Naturally, I dressed accordingly and in fact not one part of my body ever got cold. My Blaze Orange, Columbia Wind Stopper fleece jacket is perfect for these conditions and since there could still be hunters out and about the color is perfect. 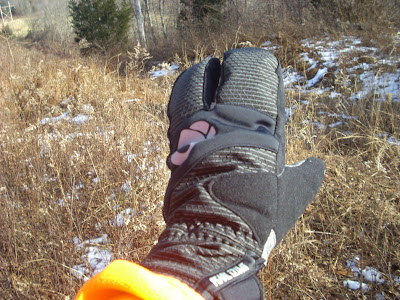 These new lobster gloves did the trick for the hands. They were so warm/hot that my hands were sweating midway through the ride. 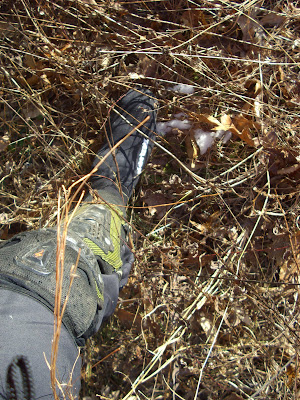 And for the first time ever I wore neoprene shoe covers that I originally bought for commuting. My feet never got cold. 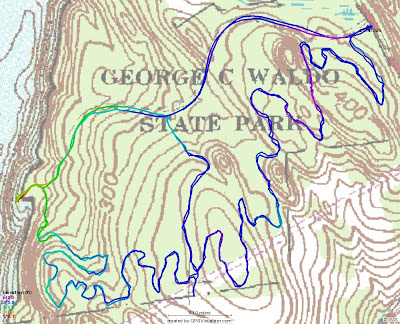 Another reason to ride Waldo is that I haven't ridden it all year and I wanted to see all the work Paula has been putting into this trail. It is amazing the amount of benching she has done. Also, George C Waldo lies across Lake Lillilohna from Upper Paugussett State Forest which means it's pretty close, just a 15 minute drive.
I rode down the Where's Waldo Trail and then down to the water's edge. Back up the fire road to the Hunter's trail and then rode the Hunter's trail back to the Waldo where I rode the upper section in reverse. Then I rode back down to the Hunter's trail and did another loop on the bottom section. 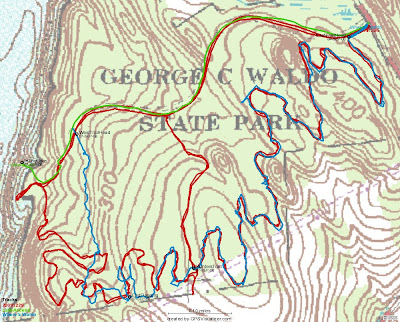 The blue track in the above map is what I rode last year and where it veers off the red track is where I lost the trail markers when the Waldo trail was still in it's infancy. The lower section (past the Hunter's trail intersection) is a twisty, turny, up and down trail that was a blast riding and that is why I did it twice. With the double loops I was able to a 7 mile ride in just under 2 hours. 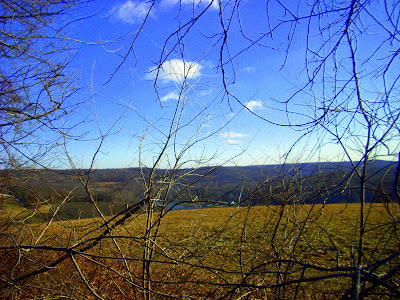 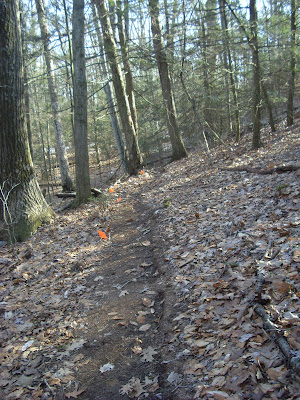 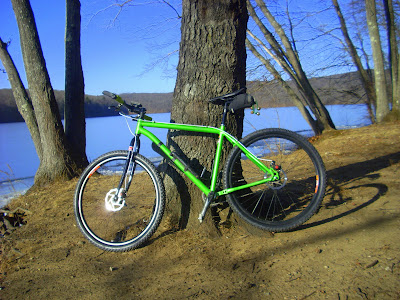 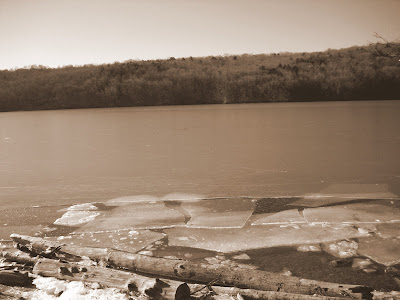 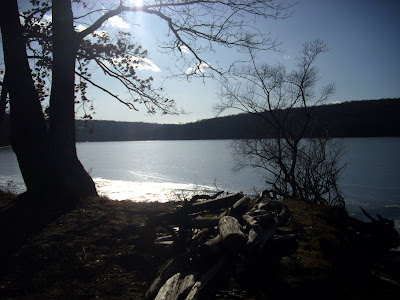 Looking south towards the Shepaug Dam 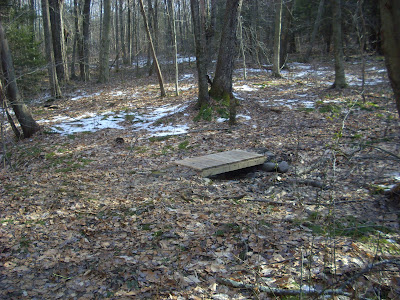 Bridge at the start of the Hunter's trail 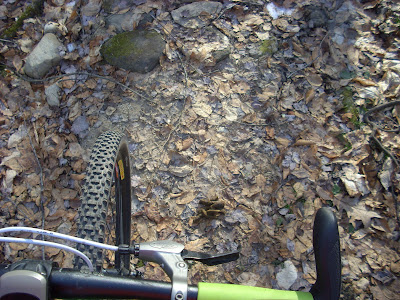 Dog dootie at the Hunter's trail bridge
Crossing a skinny bridge
at 5:50 AM