Rolling the Dillinger
It's been almost two weeks since I have been on a bike and I thought I was going through withdrawal symptoms. Snow and ice are still blanketing the Upper Gussy Trail and it's been so freaking cold lately that even the thought of an early morning ride gave me the chills. Alas, the weekend! Headed down to Trumbull to scope out some sections of the trails that we are going to re-route in the spring. It was pretty darn cold, though. Must have been in the upper teens or low 20s. Had to wear my polar fleece gloves initially because my hands got just too cold, too quickly with my other gloves. 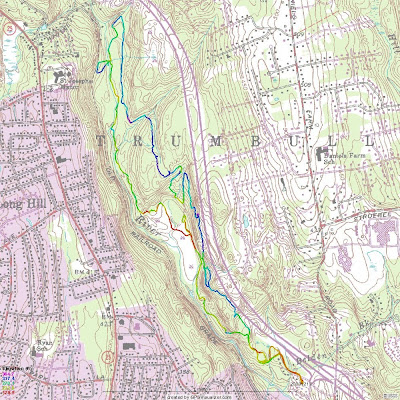 Feet started out warm but once they got sweaty they got cold when all I was doing was pedaling. Granted, not numbingly cold that you would expect with the conditions, just a little uncomfortable. Still, I think for temps below 30 degrees the winning combination is a ski sock and liner sock, although, I might consider my overbooties next time.
The route we took was a lot different than what I am used to, at least in the beginning. For some reason I think I tend to stay on the yellow trail on most of my riding in the Ledges section, and I can only think of one other time I have ridden the red trail above the highway was maybe the second time I had ever ridden here. 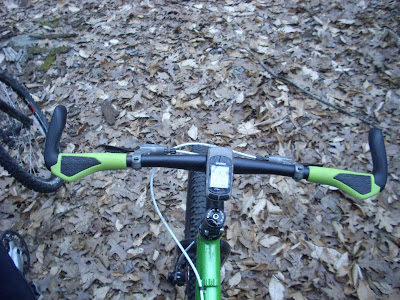 These new Ergons are outstanding! The leverage from those bar-ends is amazing. Reaching out onto to them, with their ergonomic shape feel so natural and my climb is a lot stronger now. I found one section. Even though the greens are off I'll take function over fashion at this point. This kid's toy I found near the Indian Ledges play ground looks like the grip color but is actually closer to the frame color. Now my son has a third Kid Kinects toy foot to play with. 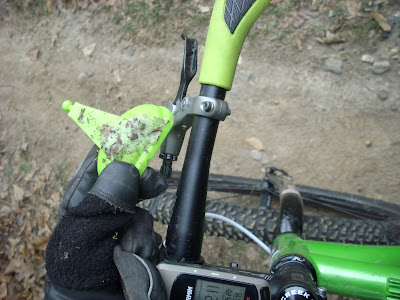 I still can't get over how much fun it is to ride this bike. It will be interesting to see what happens when I put a squishy for on Dillinger. I am sure it will smooth the ride out immensely. The other addition I am contemplating, if I can ever find one, is a USX shock post just to take the edge off. Also, situation seat bag has been cleared up. The FSA seat post has a set back which for some reason fits this style of seat bag better than the carbon fiber seat post. I will probably go back to the carbon fiber post for races and use the FSA for everyday riding. 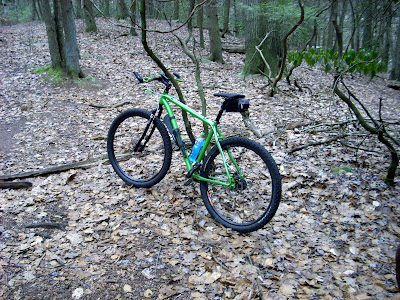 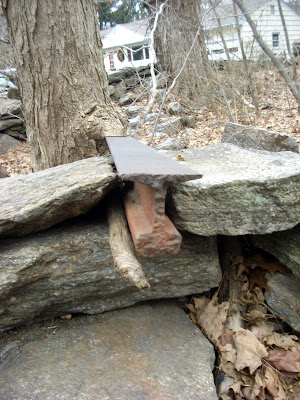 At the southern entrance to the Pequonnock River Valley there is this old piece of railroad track that is used like a fence rail. I guess on the other side of the tree it might be wide enough for a vehicle to pass through and thus the necessity to create this type of barrier. 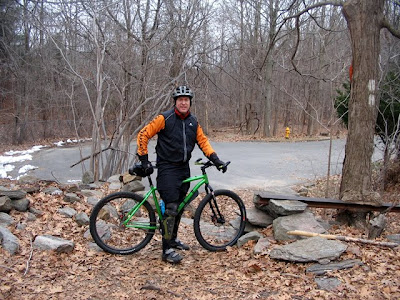 The track might be a bit of history in that looking at the size of the rails could be that it either came from the Housatonic Railway line on the other side of the river or maybe it was part of the mine tracks from the Tungsten Mine at Old Mine Park. What's cool is how the tree has grown around it. 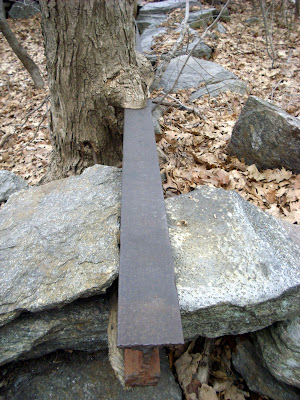 Here is a picture of Rich. Rich is a dynamo when it comes to trail building. He has helped me out on the Gussy Trail and is one of three people that know of that has done some work at Trumbull recently. 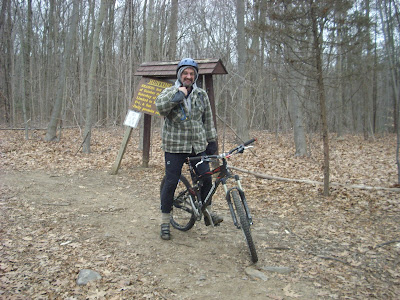