RBW: Time for a new chain? 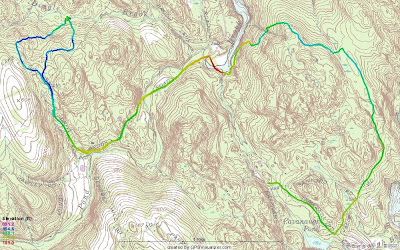 Another Ride Before Work. Got up at 5:30 AM and realized that really meant Oh Dark Thirty now so I futzed around getting my head light hooked up to my helmet and lost about 20 minutes which barring a little mechanical later in the ride I would have completed the ride that I wanted to do. Instead, I had to cut it short and by pass another trip down the Gussy. My intention Thursday morning was to do Upper Paugussett, then the Dingle Brook trails at Brookfield Openspace and then back to Upper Paugussett. 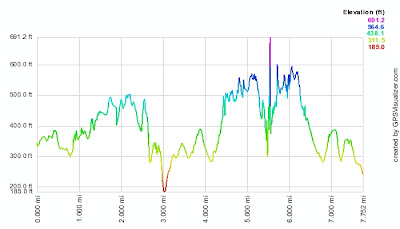 By the time I got out, the head light probably wasn't necessary but it was still comforting to have, especially while riding on some of the back roads that I was on because people in cars tend to drive a little too fast for these one lane roads. While riding up Pond Brook, the light definitely helped because some guy in a pickup was flying down the road but slowed when he saw the light. 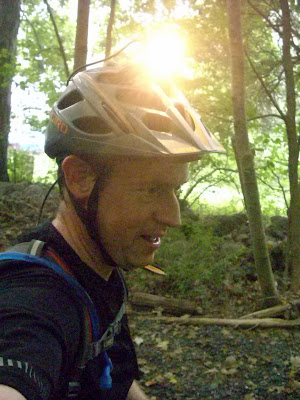 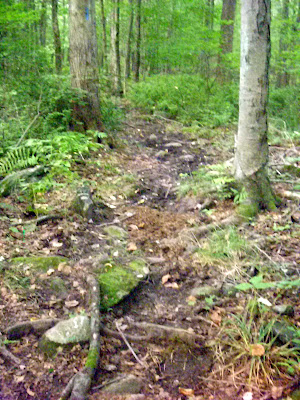 I haven't been on Lake George for quite some time and there are some interesting changes. There are two by passes to get around one particular difficult section in the trail but the new one was merely a drainage ditch. It looked like a trail and might have been one until it stopped and was choked by barrberries. Looks like an ATV is coming back there becasue of the tracks, either that or it's just Tom's tractor. 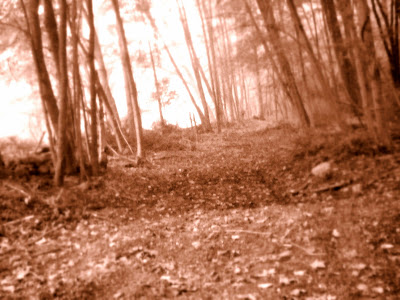 I almost got attached by a dog while riding down the trail towards Dingle Brook. He came from someone's house that borders the open space. I tried to make friends with him and he sniffed my hand but it must have been my headlight that was pissing him off because he continued to bark at me. Finally the dog's owner caught up to him and reigned him in.
Down at Dingle Brook is when disaster struck. My chain popped as I started to climb and then seconds later it came apart. So I fixed it with a another masterlink.

After the chain repair, I new I wasn't going to make it back to Upper Pauggussett so I headed home after climbing out of the Dingle Brook valley.
at 6:57 AM