Did another loop on Shore Points before heading over to Eastern CT. The weather was not a good as it was on Saturday, very over cast and a lot more humid, but it was still great to be out on the Stinson before 6 AM. This time I did a reverse loop a long Shore Points right into a head wind - that was a lot of work. From there I just stayed on Rt 154 under over I-95 and under Rt 9 to the north part of Old Saybrook. Again, along Shore Points the GPS said I went underwater but I don't recall ever going swimming.

When I got on Rt 1 I noticed a sign that said "Pedestrian and Bicycle Bridge Path" so I changed my mind at the last second and decided on a little site seeing detour. The two big spikes in the profile (12 mile mark) above is where I climbed the bridge over the Connecticut River to Old Lyme and came back. 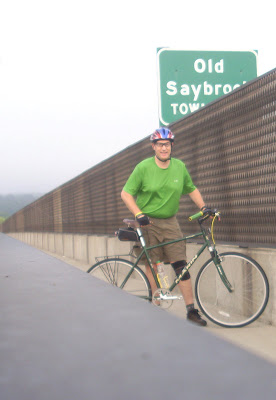 At the town line, I took a quick picture. 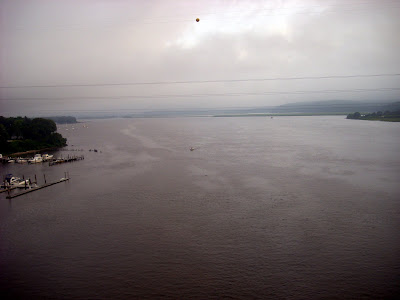 Picture of the Connecticut River from 120 feet 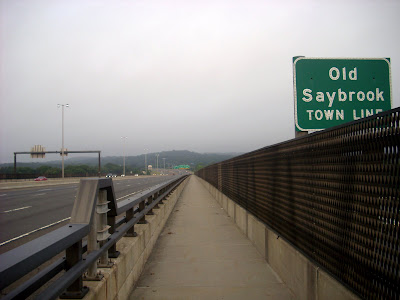 On the way down I passed three cyclists and I wondered if I would ever catch them when I turned around.