Another Old Crappy 10 Speed and my next project is a 1985 Centurion Sport DLX. It has some rust here and there and the drop bars have duct tape holding padding to it - this bikes looks like it got a lot of use. 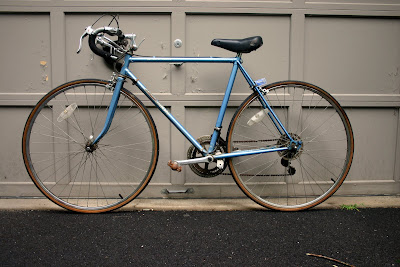 According to Sheldon's website, the Sport DLX was made between 1976 and 1985. It has Dia-compe, side pull brakes and Sugino cranks. 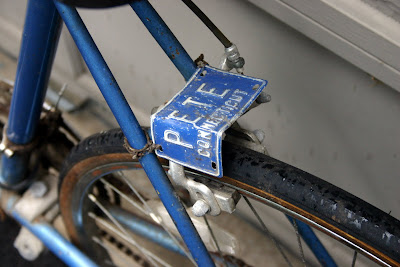 Looks like the bike belonged to Pete at one time. Well Pete when I am done with this bike, you won't recognize it. 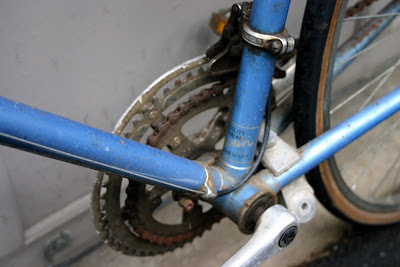 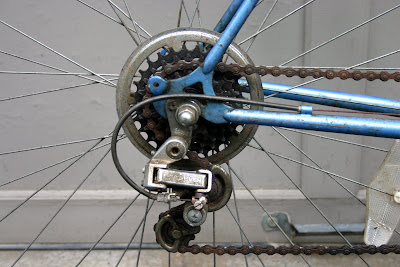 Nice metalic pie plate and SunTour Seven rear derailleur. Frame has some rust so this might be my first rattle can experiment. 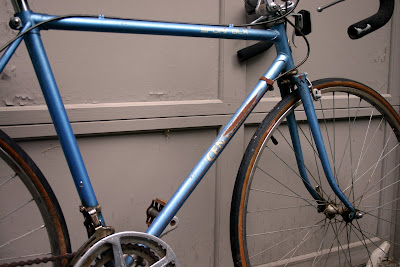 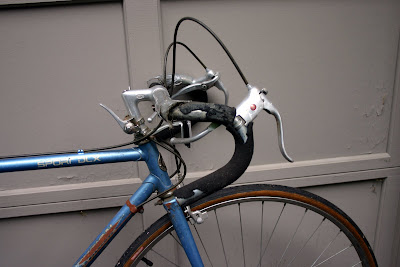 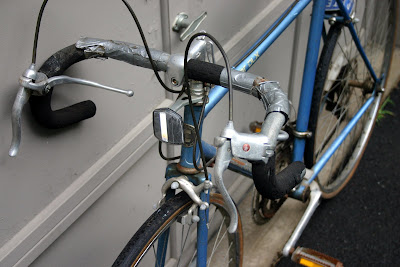 Email ThisBlogThis!Share to TwitterShare to FacebookShare to Pinterest
Labels: Centurion

how much for the Pete Ct Plate ?

It's yours! After all, it does have your name on it!

I just found a 1984 Version of your bike in someone's trash, while driving to work today. Do you think it's worth keeping - or maybe turning it into a single speed? Thanks,
Arthur

i have a near perfect 1985 centurion 12 speed. what is it worth?
jerry.a.white@gmail.com

I just picked a Sport DLX today. Any updates that can be added here from your project?

Anon 1:21, I never went further than stripping it down. It was too small for me and a another bike came along and diverted my interest.