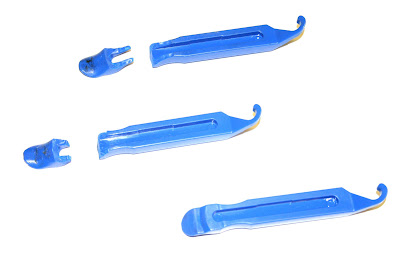 This is not the first time I broke a Park Tool Tire lever, but to break two within quick succession of one another, I just have to say something! I will never buy another park lever again after this. All I was doing was trying to put a 700c tire on a 700c wheel. Took it into the LBS and they have this think that looks like a big screwdriver. In two seconds it was done.

I got these levers from Pyramid. They look like the tool that they had at the LBS. Until the LBS get's another one in I'll just have use these. 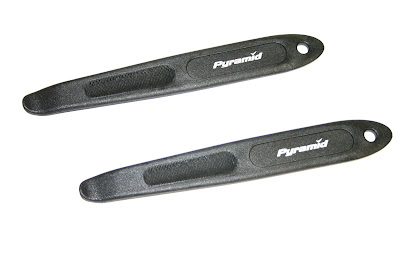 Did you solve the Tire/Rim fit issue ?

Yeah, I got a 700c wheel set in trade for some CB Candies.

Park tire levers are complete crap. Looks like you know that now. I found out the hard and painful way too when one snapped sending my hand into the spokes.

Pedro's plastic levers are about 500x better, stronger, and function great. Velo-orange sells some steel core levers that I have used for two years with no problems whatsoever.