One of the original Lunartics that moved to New Jersey last year came back up to Newtown for a party and got really wrecked the night before but still made it to our weekly ride to OOF. It was a cold morning after a storm came through the night before and we were dressed with long sleeves in summer. 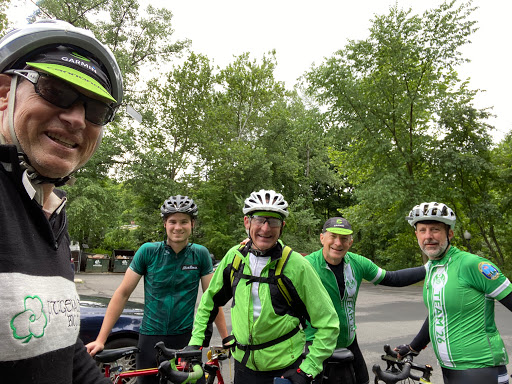 In honor of Steve's visit we took what we call the Tramp Route - which is named after him and the first route we rode to Ovens of France.  Without Steve we usually avoid this route because it has a lot of climbing. Nonetheless, we were climbing up Purchase Brook Road when Gavin got a flat. 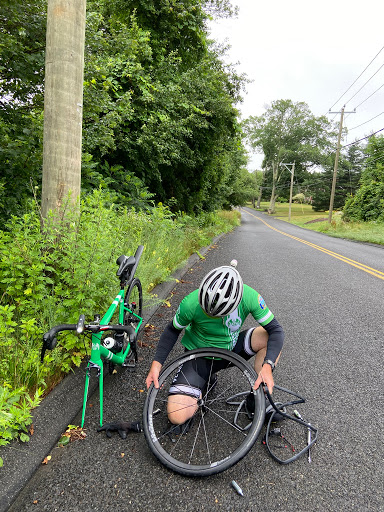 After Gavin fixed his tire we headed up Spruce Brook Mountain to visit the cows at the top of the climb. 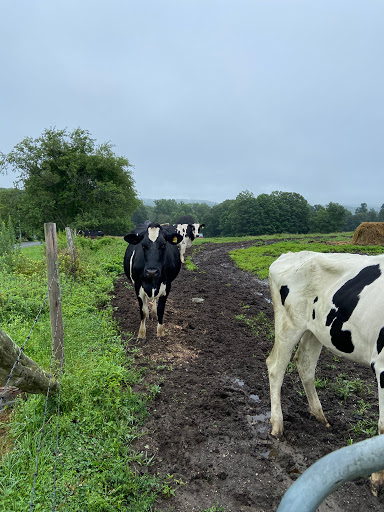 A few of our group hate the climbing but I think it's worth it because you get to visit the cows. 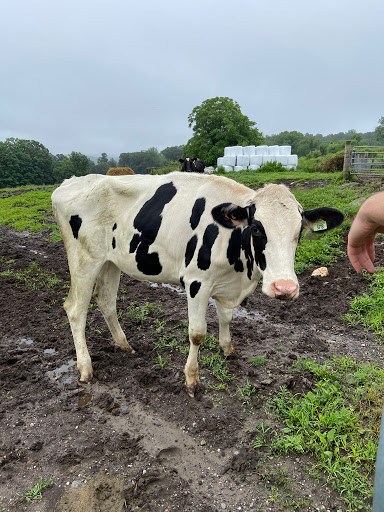 I kept an eye on my rear tire because before leaving the house it was nearly flat. When we turned onto Rt 317 later in the ride I almost skidded out because my rear tire was almost flat.  I put air in the tire and caught up. 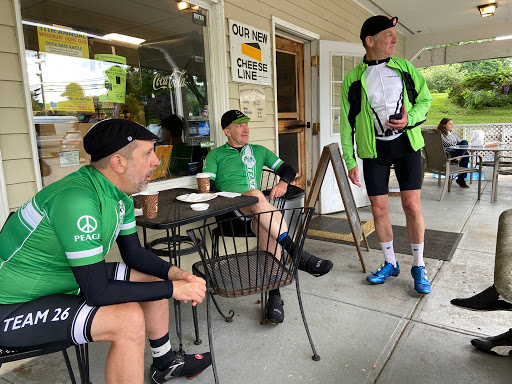 Steve was not able to eat anything 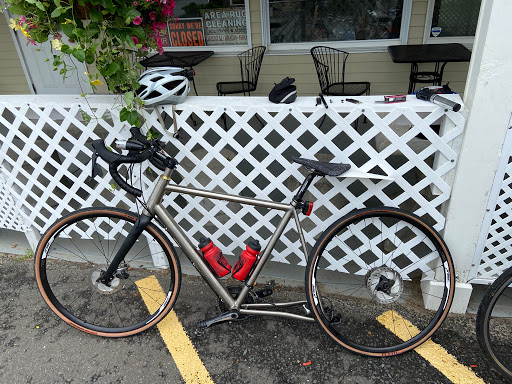 Neither was I because I was so unnerved with my rear tire.
I ended up putting a tube in it. 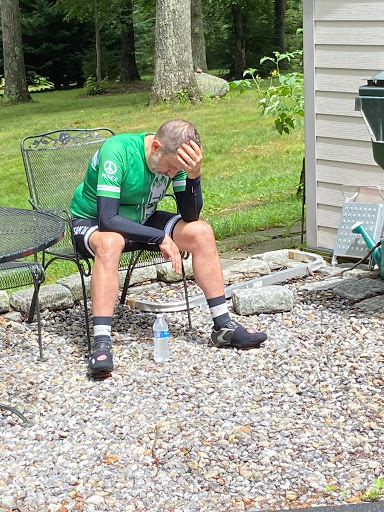 Scott and I ended up escorting Steve back to where he was staying. He was hurting. Later in the week I took the bike over to Brad's and he fixed up my rear tire but on the next Illuminati ride the hole in the tire was just too big for the sealant to plug and I had to go back to tubes.