I was driving home work on Wednesday when at the bottom of Church Hill Road in Redding I noticed a Lemonade Stand so I stopped. Unfortunately, the kids were in the process of cleaning up so I couldn't get a cup but I told them that I would be coming by with my riding group tomorrow and I was sure they wouldn't mind a cold cup of lemonade.

We ending up starting later than I wanted and I wasn't sure they would still be open but they were and really excited that we showed up.  We all got our cup of lemonade and tipped them, too.
The sugary drink was the perfect boost for our ride up Poverty Hollow. 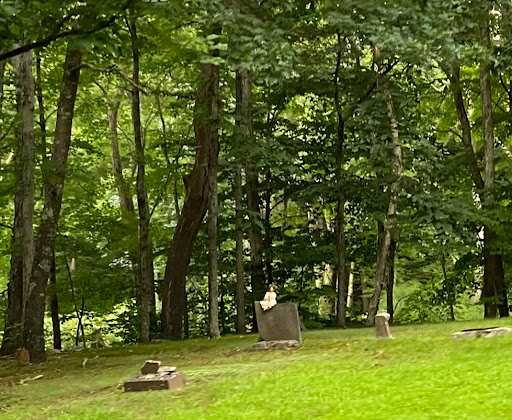 Riding past the Hopewell Cemetery we found different doll sitting atop the same grave. 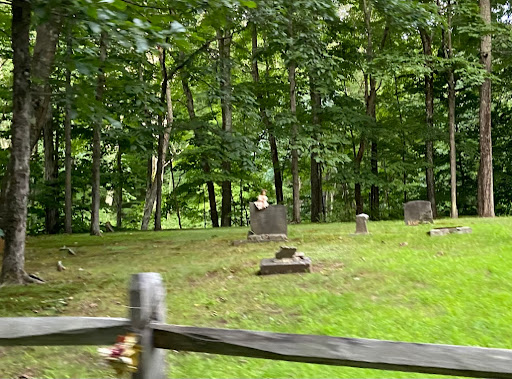 At the end of Poverty Hollow Matt O called an audible and we headed down Key Rock Road to the Creamery. 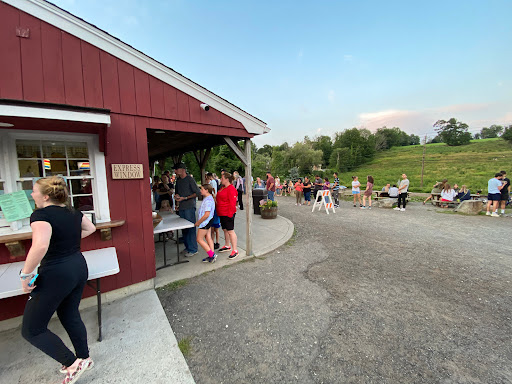 The trick is to order a pint of ice cream from the express window, let it melt a bit and then dish it out amongst everyone. 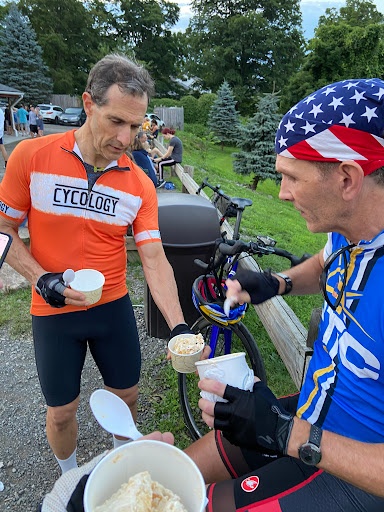 Once again, we had Cow Trax, which is Peanut Butter, Chocolate chunks and vanilla ice cream. 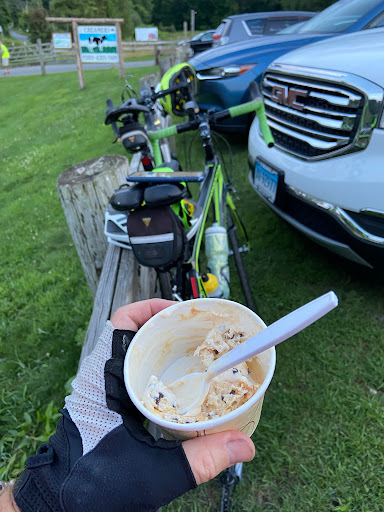 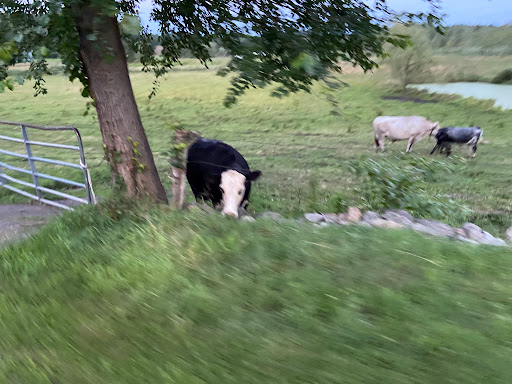 I like seeing the cows from Castle Hill Farm. Then we circled back to the course using Boggs Hill. 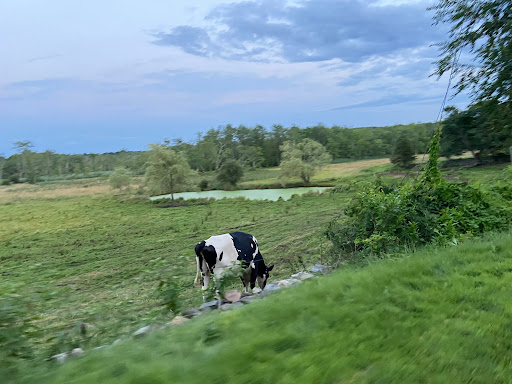 The last vestiges of daylight waned by the time we got to Meadow Brook Road and then it was to time turn on all the lights.  As we crossed into Monroe on High Bridge Road there was a guy riding a lawn mower on the side of the road, shirtless and bald, with no lights. He looked like something out of a horror movie. 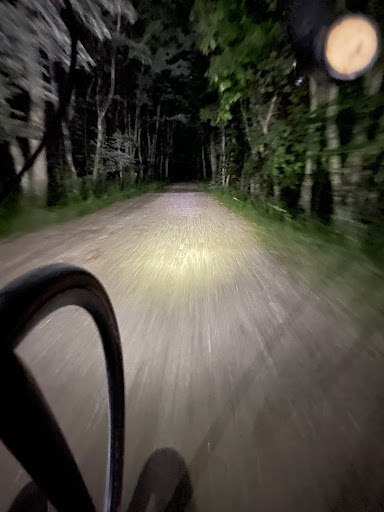 For some reason I made the route go down Fan Hill to the second part of Garder Road thus bypassing the first dirt section. 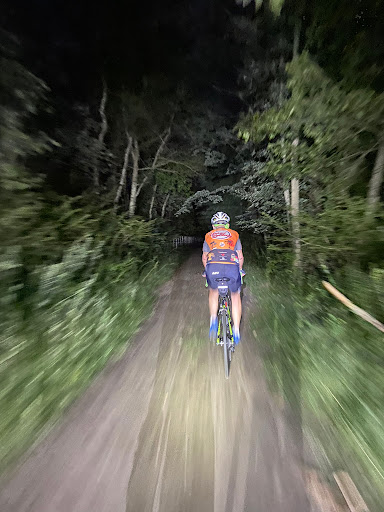 Due to late hour we called another audible that took us the usual way back to the start using the entire Monroe section of the rail trail. My original route had us cutting through Stepney to get us a 4 handle ride. 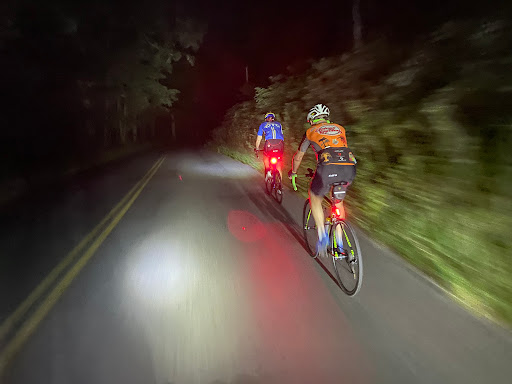 We ended up with 38 miles ridden this evening.