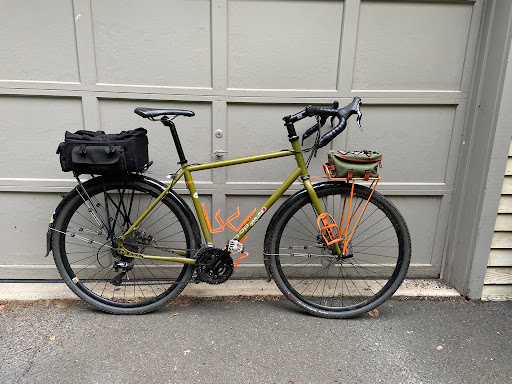 After purchasing the Waltly I found myself in a bit of conundrum - do I need three gravel bikes?  With the CAADx now my most favorite gravel bike since giving it a makeover and the Waltly being an any road bike, did I need my REI Adv 3.1 anymore? 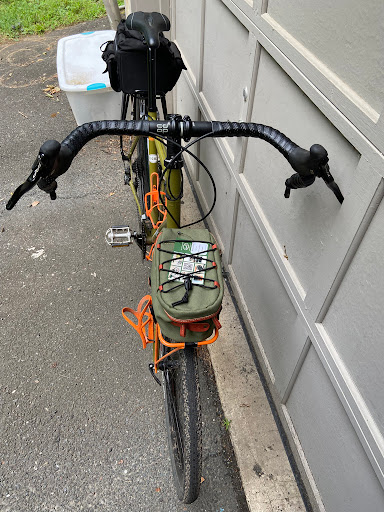 The one rationalization I could make is that I could keep it for bike commuting but I also still have the fendered up, singlespeed that I can commute on as well as putting the finishing touches on another road bike that I could use for commuting, and my neighbor gave me a bike that I have want to build up as a commuter as well. So it only made sense to let this one go. 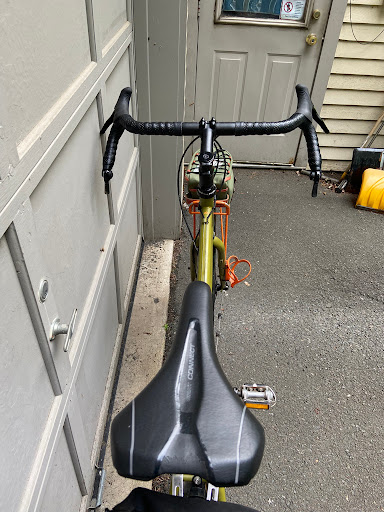 It also gave me the opportunity to throw the racks on it, some bags, and few other things to help declutter the garage a bit give me more room for the new bikes, so I listed it. 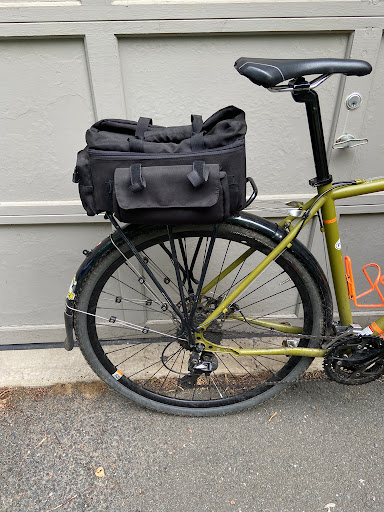 There was quite a bit of interest. Initially there was this guy from Poughkeepsie that was Catfishing for his buddy and we went back and forth till he gave me the buddy's cell and almost got to meet but we couldn't synch our schedules and then when we were finally going to meet he got cold feet and said he didn't like the fact that it had barend shifters - thanks for wasting my time. At the same time this guy from Springfield wanted to buy it and we made plans to meet on Sunday in New Hartford.  My process is, unless someone wants to put money down on the bike, it's first come, first serve. 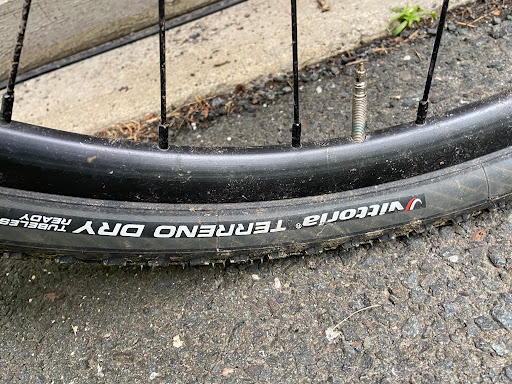 Then there was the guy from Jersey. I offered to meet him in Armonk last Saturday so he didn't have to come all the way to Connecticut, but when he finally got back to me he said he was too tired to make the drive so I told him. Saturday afternoon, while I was riding, I got an inquiry from my Craigslist ad from a guy in Mystic who couldn't come out till the middle of the follow week and that if it was still available he would like to see it and most likely buy it. 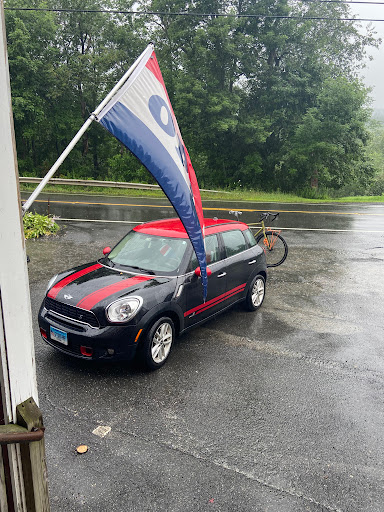 Also on Saturday morning I messaged the guy from Springfield to check in to make sure we were all set for Sunday.  First he thought we were meeting Saturday but I quickly reminded him that we were meeting Sunday in New Hartford.  Later that day, I messaged him to just remind him of the meeting time and to bring cash. I never got a response.  Before leaving Sunday morning I sent him another message telling him I was on my way to New Hartford and reminded him of when and where we were meeting.  30 minutes later, I was halfway there I got a message from him that he didn't have the money and that he wasn't coming. 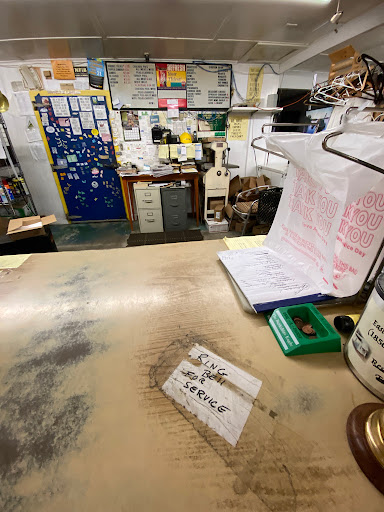 I figured that he was probably going to flake out on me so I brought the CAADx in the boot of the MINI and also made plans to drop something off with my daughter at the camp where she is a counselor and didn't bring with her.  After I met with her I headed back to New Hartford, stopping off at the Otis Chick Farm for a snack but it was still raining pretty hard and I decided to not ride and just drive home. 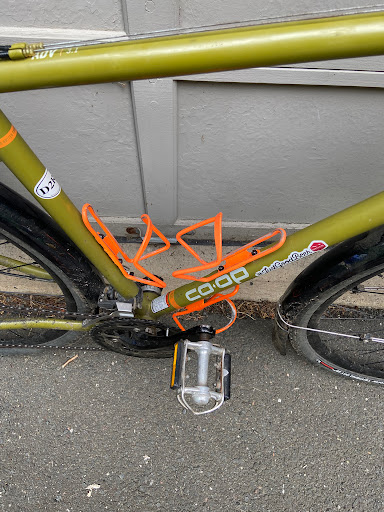 I texted the guy from Mystic and we made plans to meet in Middletown on Wednesday evening. Not being one to miss an opportunity to ride at one of my favorite Mountain Biking locations, River Highlands State Park, which we call the Blow Hole because it used to be called Blow Hole State Park. It was also called Cromwell Creek back in the day. The guy from Mystic pulled out a scale to weigh the bike, I had listed it as 25 lbs but its actual weight was 30 lbs. I told him the extra five pounds came from the racks, pedals, and fenders. He ended up offering me $50 less due to the weight discrepancy and I took it. 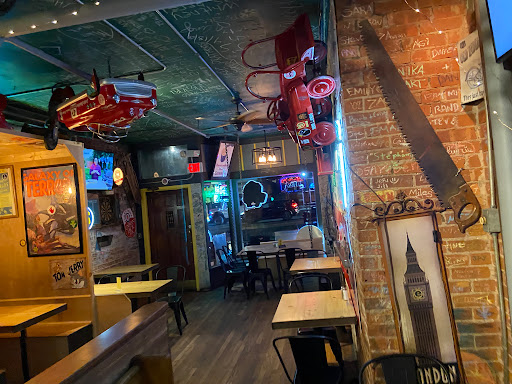 When I knew I was going to be in Middletown on Wednesday I texted Glenn Vernes, who took over as Chapter President for the Central Connecticut Chapter of New England Mountain Bike Association when I stepped down. Occasionally we get together and ride, or if I am in the area meet for a beer at my favorite watering hole, Eli Cannons. 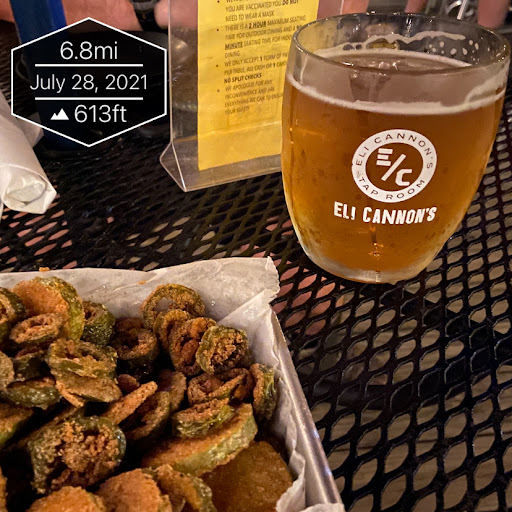 We had a really good ride at the Blow Hole.  Riding these trails on a singlespeed, in my mind, is the best place to do so in the state of all the places that I have ridden so far.  There's a few steep ups but I cleaned them all. Half way into the ride my pedals were creaking but it didn't stop us. Afterwards, we enjoyed some PBR that I brought and then went to Eli's for another beer and dinner.
at 11:30 PM