A Badger sighting in Roxbury I went out early Wednesday morning on the Waltly and rode north into Roxbury. I went for something a little different instead of just riding up to Topland Farms and then zooming down Painter Hill. That route is also my preferred solo route to Ovens of France but they were on vacation for the week and closed. So I chose to climb up Davenport Road to Painter Ridge and then try something different, like work my way over to to Upper Grassy Hill and then head home via Rt 172. 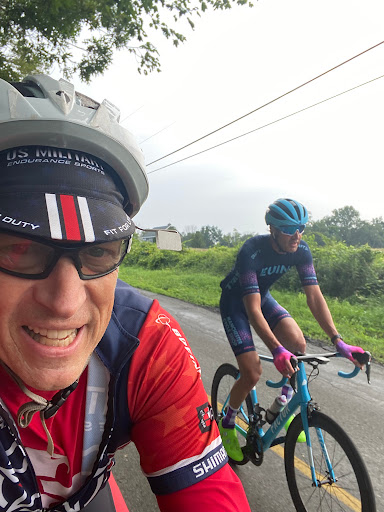 As I was descending towards Roxbury International Airport my Varia alerted me to someone coming up behind me but when I checked my mirror, I couldn't see a car.  Turns out it was Der Dachs!  The guy who basically got me addicted to road cycling.  He looked at my bike and said, "how does it feel to finally be on a real bike?" 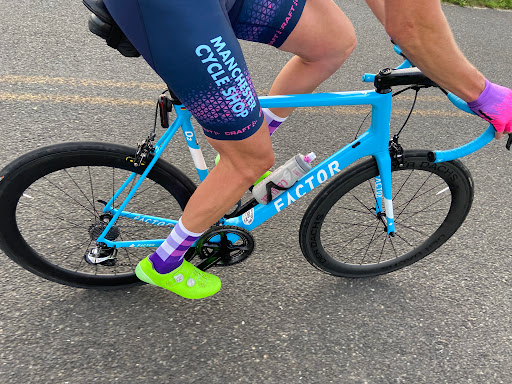 He noticed my Varia and we got to talking about having such a device is a game changer for road cycling and I have to agree.  One thing I think Garmin should try to improve upon is calculating the lateral distance as it relates to yours and the vehicle coming up behind you. Then you should be able to set the warnings based on the lateral distance, thus if it calculates the vehicle is 3 feet or more away from your direction of travel laterally, then it would be green. If it's 2 to 3 feet, it could be orange, and anything less than 2 is red.  Give that setting another alarm to give you alert to jump off the road, or stick hour arm out as waring. 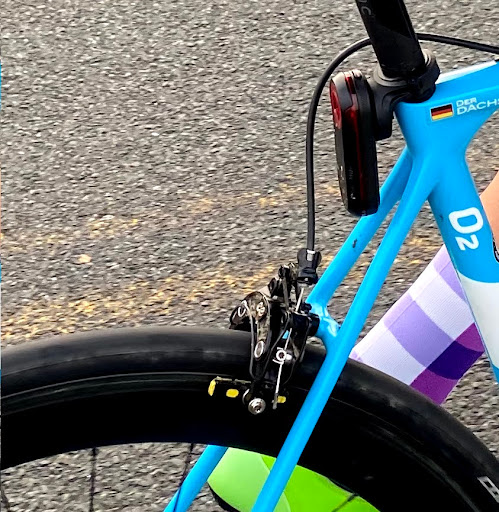 Of course there was a comment about the fact that I had disc brakes - he being a rim brake for ever cyclist but I would have to agree with him on that point. I do like rim brakes over disc. They are lighter and easier to maintain. I had no choice with this bike because I bought it this way, used. 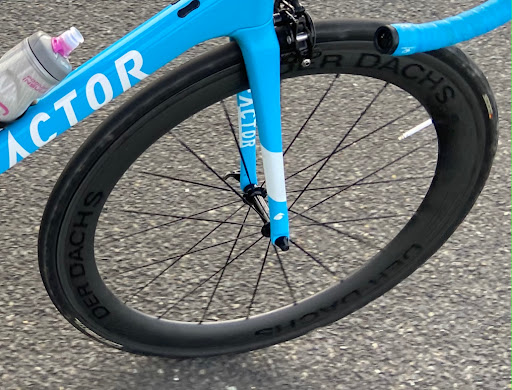 I didn't notice this when I took this picture but even his carbon rims are customized with his Der Dachs logo. All together, that's a hot looking bike. He is all about the fit of the bike and performance and he thought that I my fit to my bike might be a little off so he took a few pictures of my riding alongside of him. 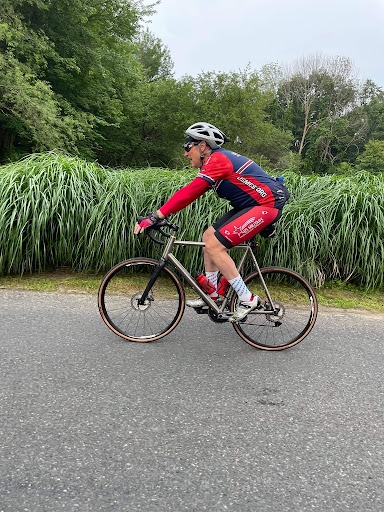 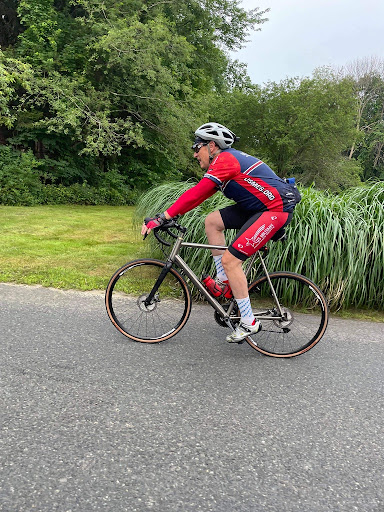 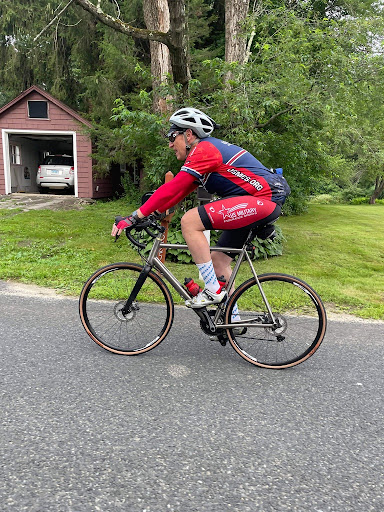 He thought I was OK but that I should check my saddle position and do plomb line test. When I see these pictures I see myself too stretched out and while I tried moving my saddle back further I didn't like the feel.  I decided to go with a shorter stem instead, 70mm with 17 degree rise.  It feels better but I think a 90mm at a 6 degree rise would be better.
at 10:44 AM