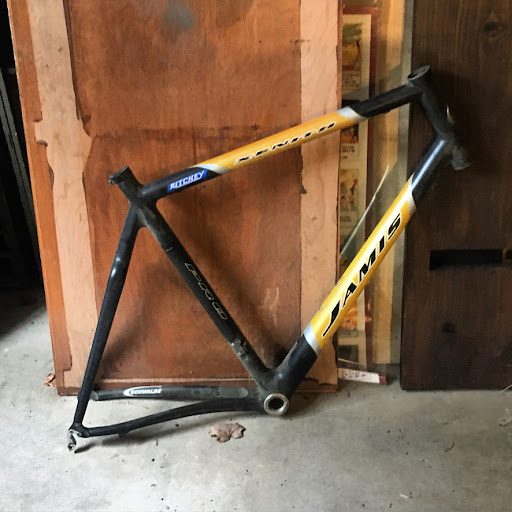 It all started when a friend of mine gave me the frame for $10 Starbucks gift card. Originally, it was just supposed to be a Caramel Macchiato but due to Covid I ended just sending him a gift card. 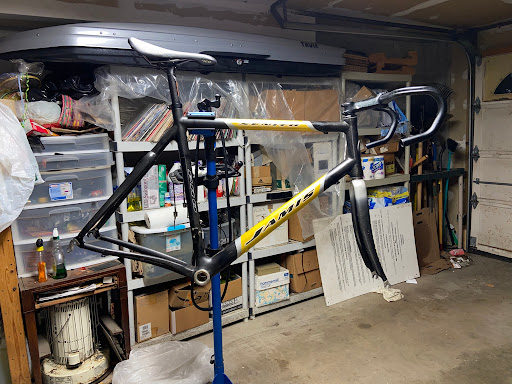 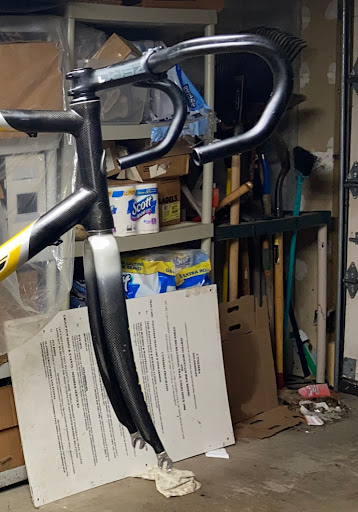 Brad, a fellow Newtown Lunartic, who worked for Eddy Mercx and is still in the bike industry, as well helps out people in need of occasional bike wrenching helped me get the installed. Turns out, carbon fiber frames have integrated headset cups so all you need are the bearing rings but the ones that I bought didn't fit. My box of Bike Part Tricks pales in comparison to his and he had the headset components that I needed and a low stack height Deda Stem to work with the fork. The steering tube was cut by the previous owner and given the long head tube didn't leave me a lot steering tube to work with. 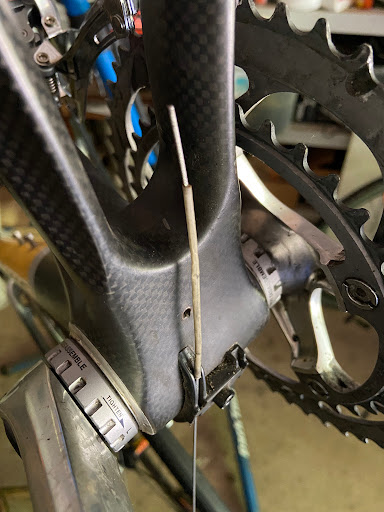 As I was installing the front derailleur cable I couldn't get it push through the teflon tube that runs through frame so I pulled it out. Called Brad and he said to try pushing a spoke through the hole and then once I got it open I replace the tube with a teflon tube from a V-brake noodle. 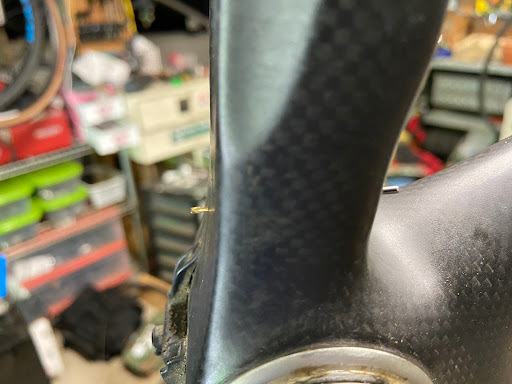 I couldn't find a spoke so I took the smallest drill bit that I could find and started probing the hole. What I found was that it was clogged up with dirt and I was able to use the bit to loosen it up and clean it out. 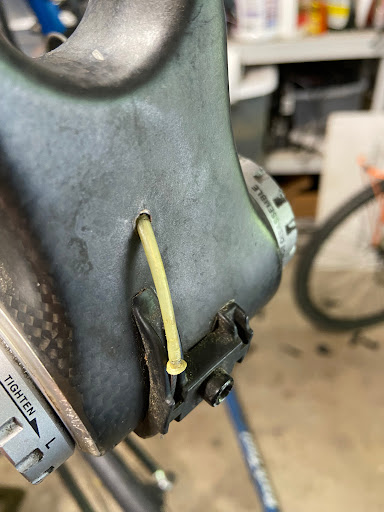 Then, I pulled out a tube from a V-brake noodle as Brad suggested and was able to push it through 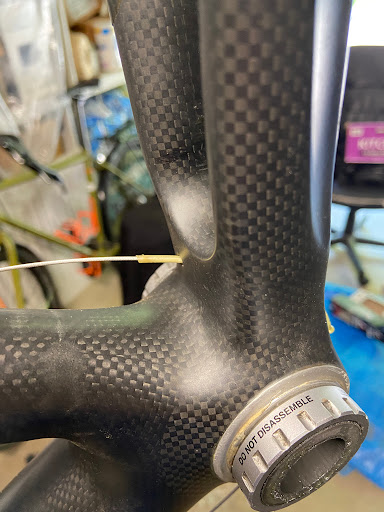 and thread the cable through as well 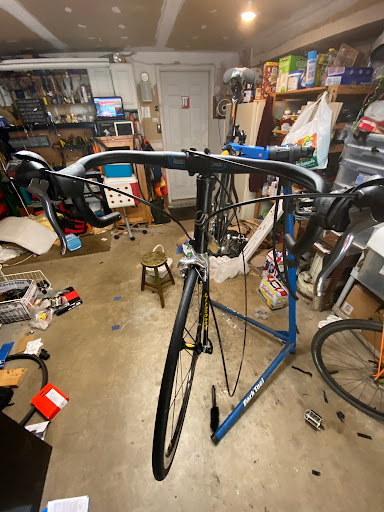 After the debacle last Sunday of trying to sell the Sex Machine to this guy from Springfield, MA that flaked out on me the crappy, rainy weather we were having that day I spent the rest of Sunday building the bike. 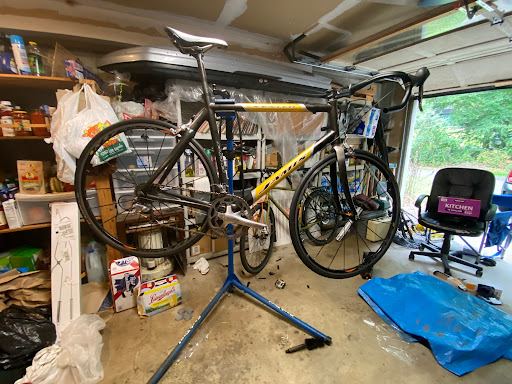 I got it ready only I didn't put the bar tape on yet because I wanted to be 100% sure that I have the levers and handlebars in the right position. 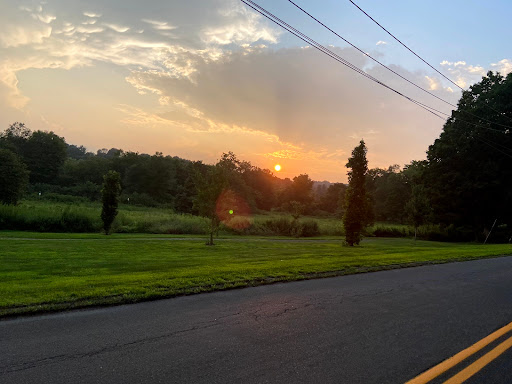 By the time I finished the with bike Sunday afternoon the weather cleared up so I went on a 25 mile test ride. This would be the first time, ever, riding road cranks, and I wasn't sure whether I would be able to climb any significant hills.  This ride, I tried to avoid really big hills but if you are familiar with the area that I am in that's nearly impossible. I did some climbing and it wasn't that bad. Gears needed some tweaking, though.
After I was done with work on Monday, I put the finishing touches on the bike.  Taped the bars and installed water bottle cages. Then I took it out for ride. 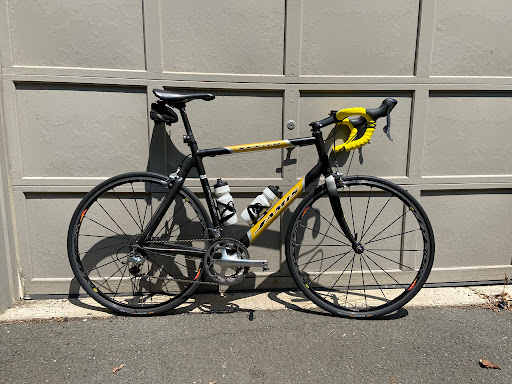 I started riding at a quarter to seven and ended up trying some bigger hills. Once of which is called Gelding Hill that I didn't realize was going to be a such a steep climb. 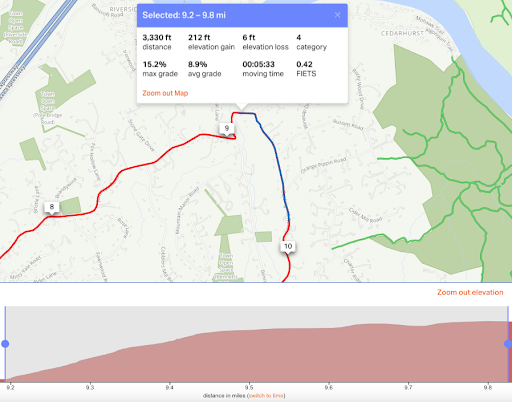 Ride with GPS says the max grade was 15% but my Garmin said it was 17%.  Regardless, it was steep and tough with road gears. I ended up doing a 30 mile ride and getting back well into the night. I learned that one light is not enough. 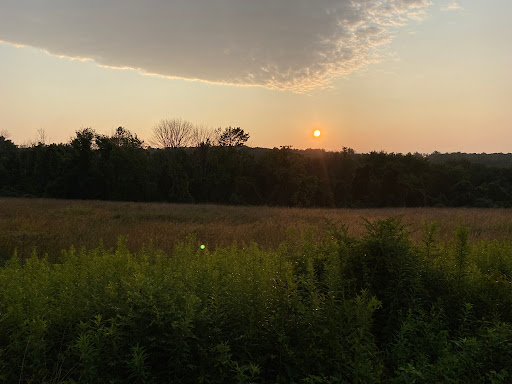 On Wednesday morning I got up at 5 AM and set off on a 45 mile ride that included a breakfast stop at Ovens of France.  I headed out towards Roxbury and was surprise to see that Garmin ClimbPro was working better as it was no showing the whole hill for the climb instead of partials as it has done in the past. 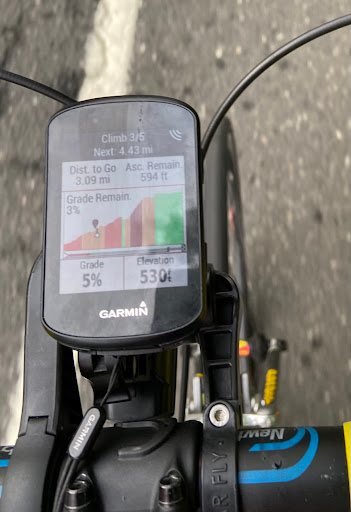 I hit Rainey Hill because I wanted to add that road to my Wandrer total for Roxbury which put me over 75% for that town. Then I went up Painter Hill to Toplands Farms and as you can see Climb Pro shows the climb starting from Rainey Hill and extending all the way to Painter Ridge, a 3 mile climb. 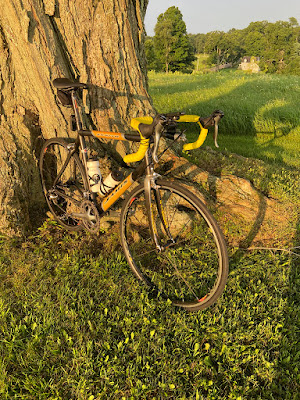 I stopped off at my favorite Maple Tree to take a few pictures of the new bike and then continued on to Painter Ridge. 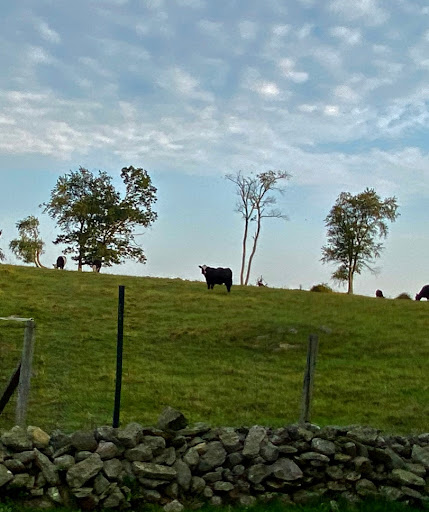 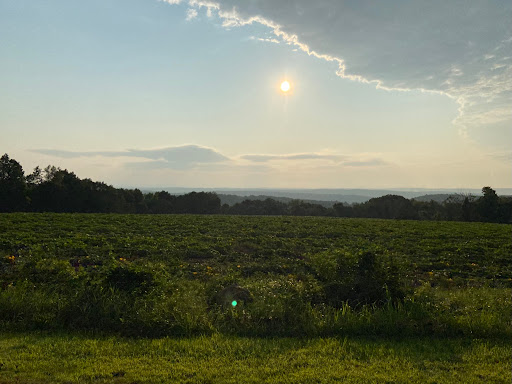 The rode down to Roxbury International Airport and decided to do a shorter route than the 45 mile route I had intended. While descending Good Hill, Route 317, I got up to 48 mph and at that speed the bike started to feel a little twitchy. At Ovens, I had lunch with the boys, Tony, Phil and John, these retired guys that meet there for breakfast on Wednesday morning.  When Dan showed up, I relinquished my seat to him as I needed to get going. 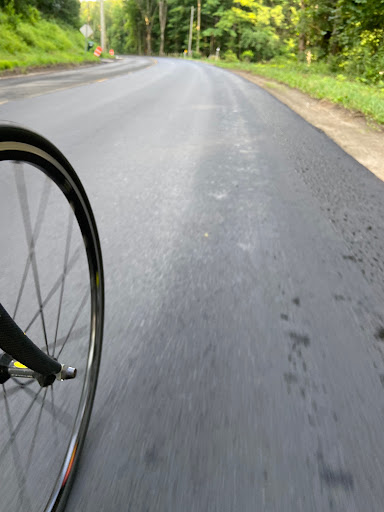 I rode up Rt 67 to Rt 172 hoping that the road was paved and it was!  It was truly black butter. One thing that surprised was that Climb Pro didn't recognize as the climb up Church Hill didn't show up on the graph.  This ride pushed me over 700 miles for the month which is a goal that I have been trying to hit. All in all, the bike is great and I will definitely be riding it often, especially on my Tuesday night rides.
at 10:58 PM