She cleans up good but buyer beware! 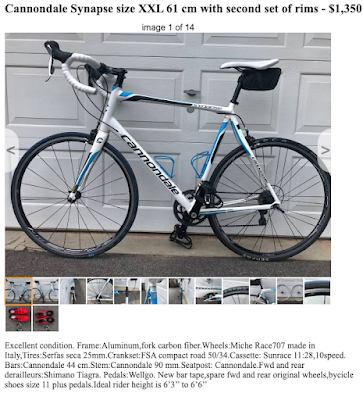 Two weeks ago I took my Synapse off the trainer, cleaned it up somewhat and put it up on Craigslist (see add below), Offer Up and Facebook Marketplace for $600. There was quite a lot of interest and many low ball offers but I finally sold it $550 to some guy with a heavy accent from Hartford. As I am always looking at and looking for bikes, the other day I was searching Craigslist for Cannondale bikes and look what I found!  That's my Synapse that I just sold and the guy is flipping it for over double of what he paid for it! 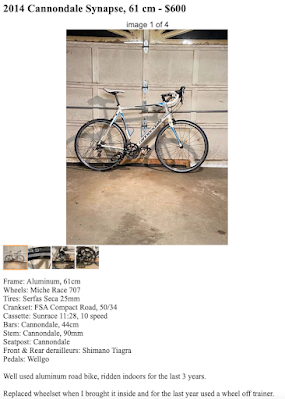 Due to the great Pandemic of the 21st Century there has been such an increase in demand for bikes coupled with a slowdown in manufacturing, that buying that new bike you have always wanted could take up to 6 months to a year to get. That means people will turn to the Used Bike Marketplace and clearly a lot of Sellers are trying to maximize their return on investment. 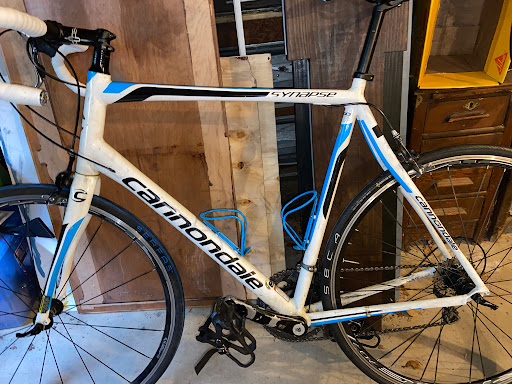 If you see adds on the on line apps stating: new baby on the way; injury and can't ride; moving out of state; need more room, and the price of the bike is exorbitant these guys are just trying to make an extra buck, if you ask me. In my case, after acquiring a bike and finally getting around to building up another I no longer needed this one and so I priced it accordingly but didn't try to be greedy. 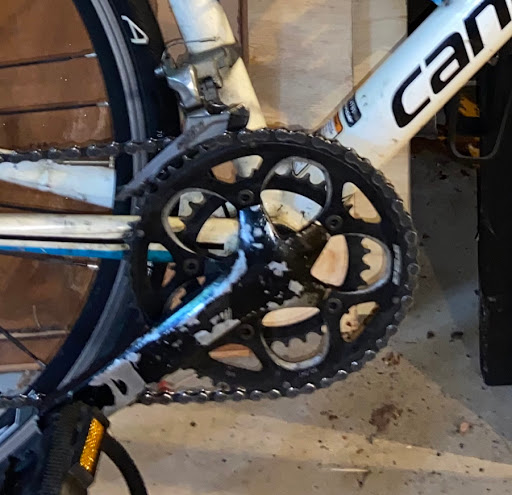 You can probably tell that I didn't put much effort in cleaning up my Synapse before I sold it. I did try to replace the crankset because mine looked pretty beat up but couldn't find a used one that would work out. 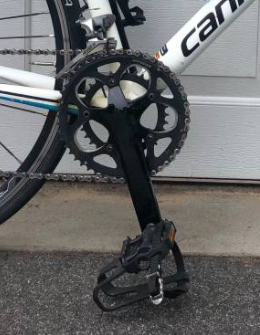 Look at the shine on the crank now in this guy's add. If that's not Rustoleum then I will eat my tires. I guess what eats me up the most is that here I was, thinking that I was doing this guy a favor by giving him a few extra things, like the seat pack and the original wheelset, and then he turns around and is trying to sell it for way more than it's worth in its current state. I didn't even pay that much when I bought it brand new. 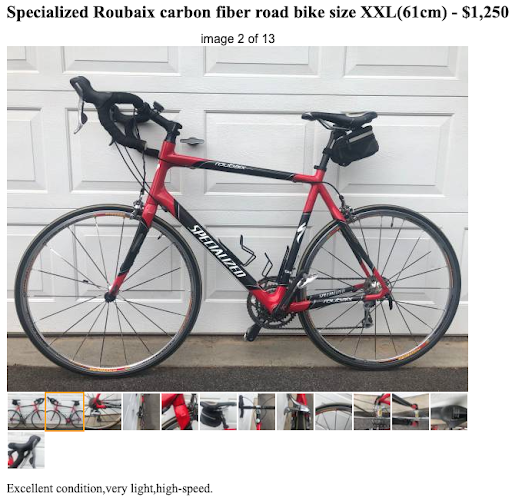 He was a big guy and told me he couldn't find a frame right now in his size and he said he had another bike, a Specialized, but didn't say why he didn't like it and wanted this bike instead. I am pretty sure the add above is the bike he was referring to. The garage door panels are the same.  Even this bike is not worth what he is selling it for.