The weather boffins predicted rain would start around 8 PM in the lower foothills of the Berkshires so Mike, Scott and I headed out from Roxbury Market on an unscripted gravel ride. It was again another hot afternoon reaching into the 90s but given that we would be riding mostly in the shade I wasn't terribly worried about it. There was no question of a happy ending but how wet was it going to be? 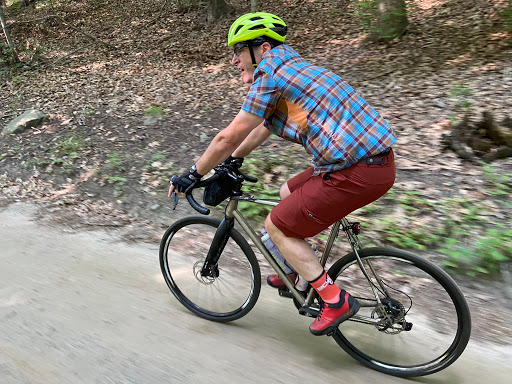 Mike showed up in his Ultraromance Gravel Kit and we headed to Judd's Bridge. We came across two guys headed in the same direction but didn't really slow down to chit chat. 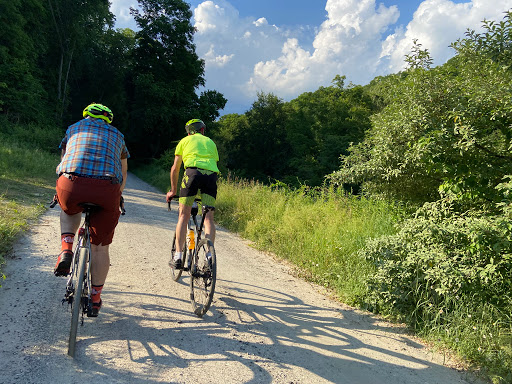 Mike called the first audible and we rode up Walker Brook. 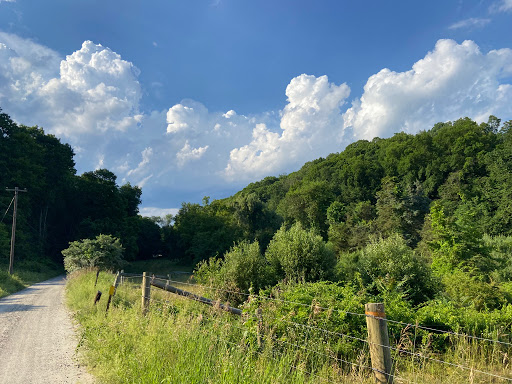 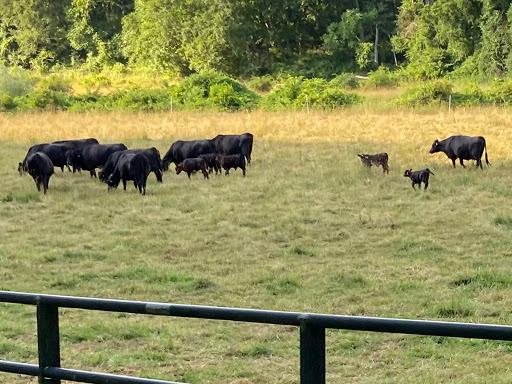 Even the cattle were still standing up 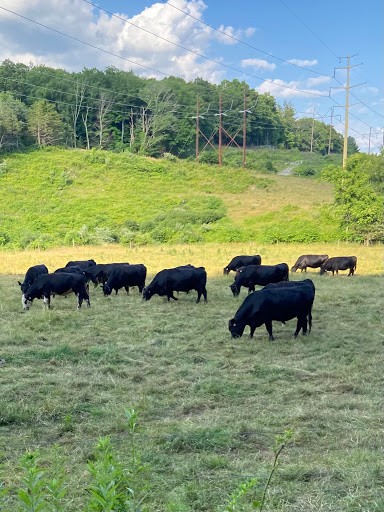 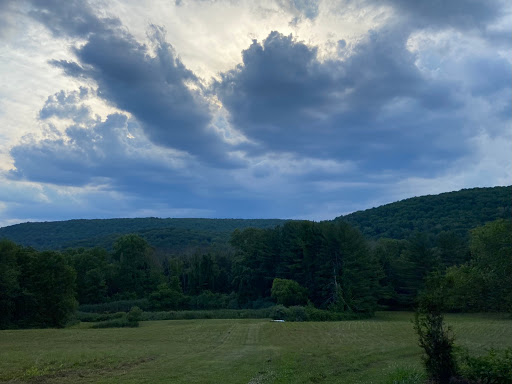 Mike got a thunderstorm warning on his Garmin but after looking at our weather apps it looked like the line of storms that was headed our way and were further north. So we pressed on to Romford via Whittlesey Road. 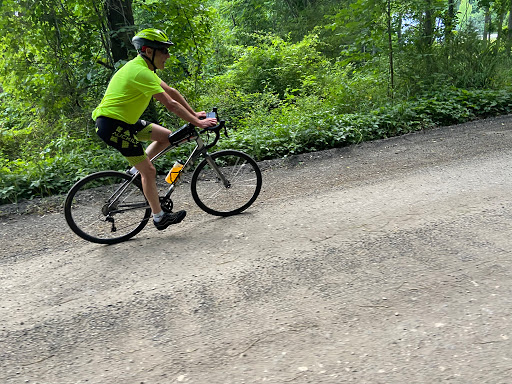 We found Mygat Road was still dirt but I still think it's going to be paved. 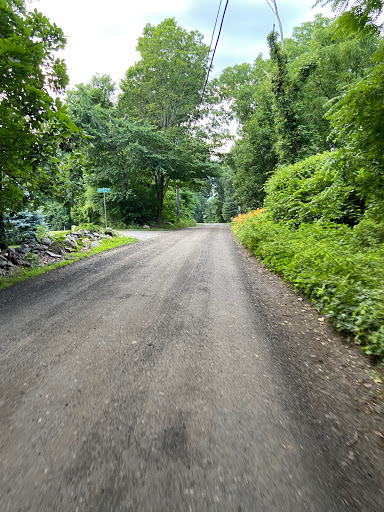 Nice to get a little bonus dirt along the way though 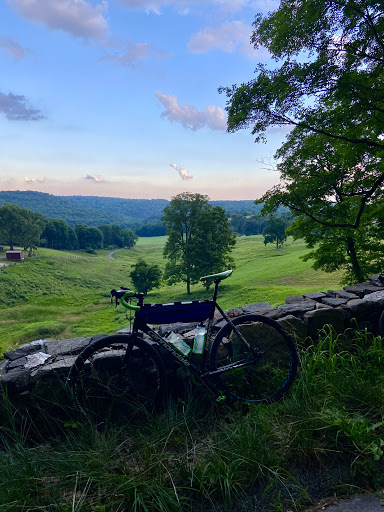 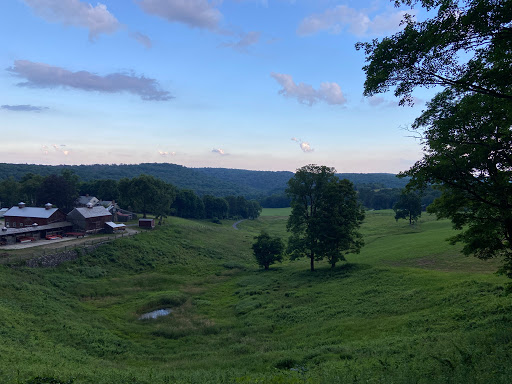 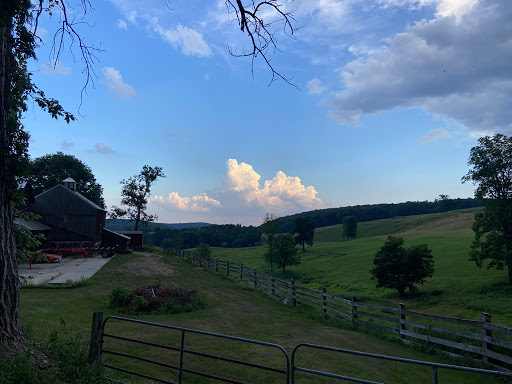 and you see this huge storm cell off to the west 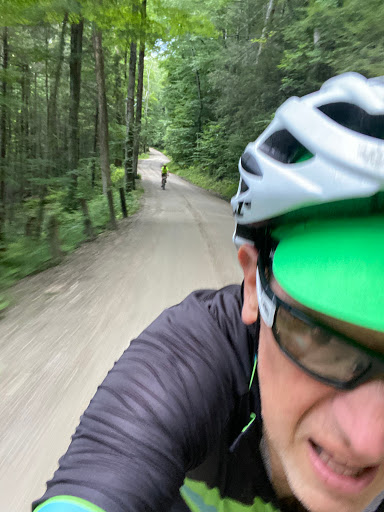 We bombed down Whittlesey into Romford and then pedaled hard for the old Shepaug Railroad bed past Rumsey Hall School. One of the teachers was watering his lawn and remarked as we rode past him, said rain was on the way. 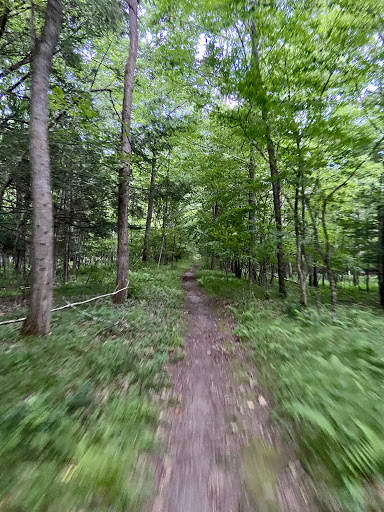 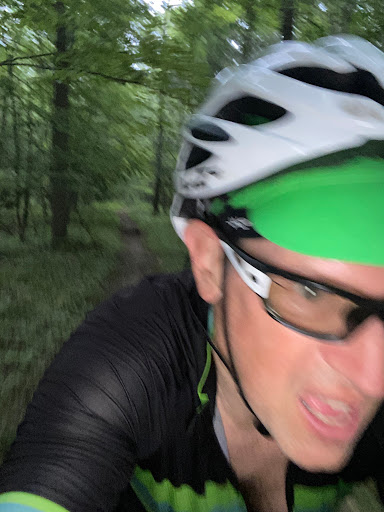 Popping out at Bee Brook the storm cell was over us 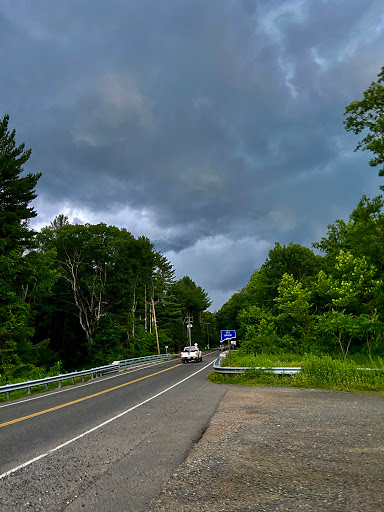 and the wind started to pick up 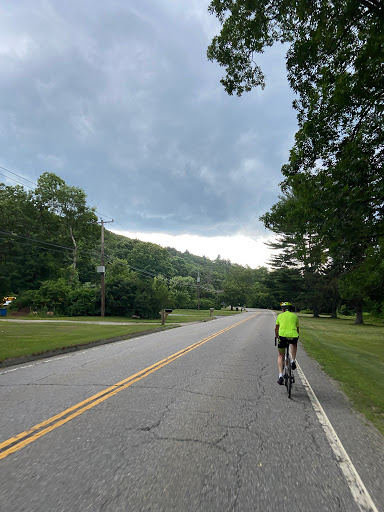 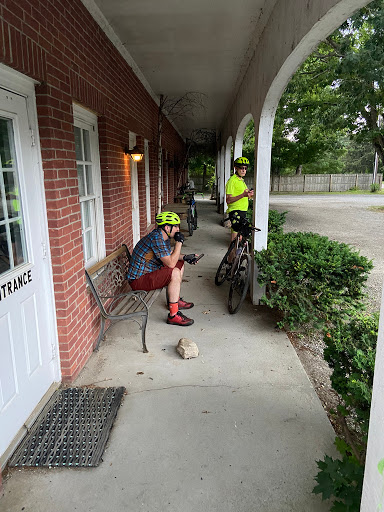 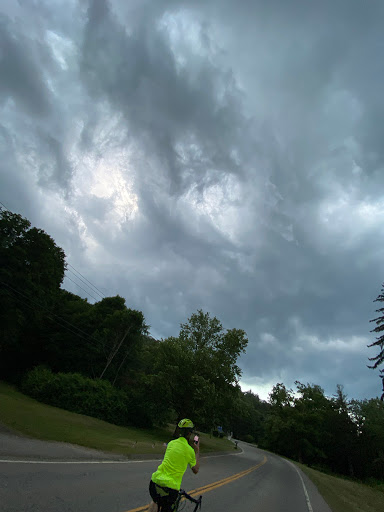 So we took off again. 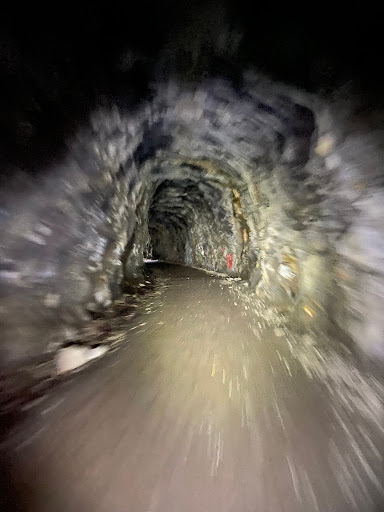 There was no one at Steep Rock and by the time we hit the tunnel it looked like we were riding at night.
I was the only one who brought a light and I turned it on in the tunnel and got off a quick shot inside. Interestingly, the tunnel offered no respite from warm air. 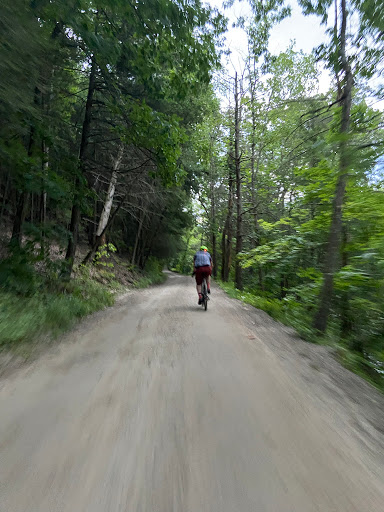 Back on Judd's Bridge is when we started seeing flashes of lightning and every time I saw one I would count the seconds till the thunder. The rule of thumb being every second equals one mile. The lightning was 20 miles away.  The drizzle started on the last 100 yards of Judd's Bridge to Rt 199 and the lightning was 5 miles away.  When Scott and I got to Rt 67 it started to pour and I began sprinting like Mark Cavendish in Stage 4 and 6 of this year's Tour de France. 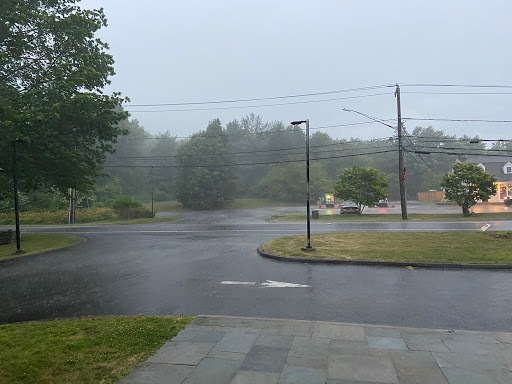 Since the wind was coming from the west I went to Roxbury Town Hall to the covered entrance and everyone followed suit to wait out the rain. 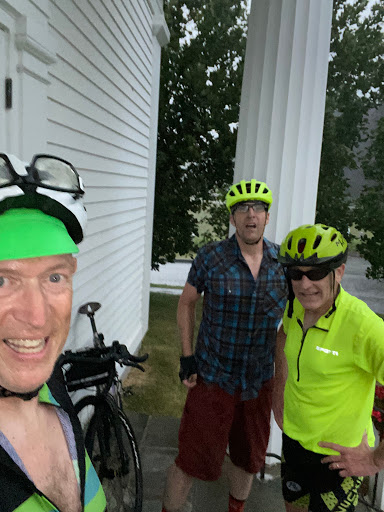 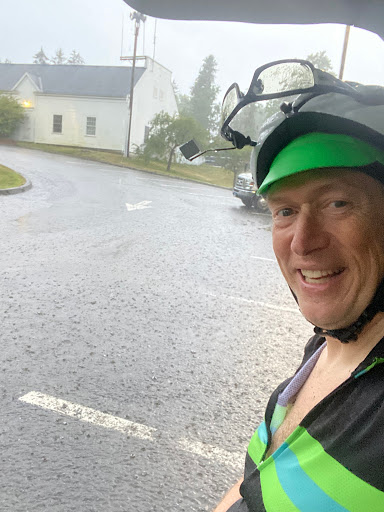 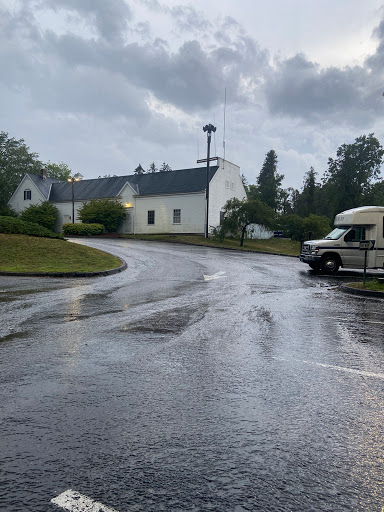 The rain finally let up 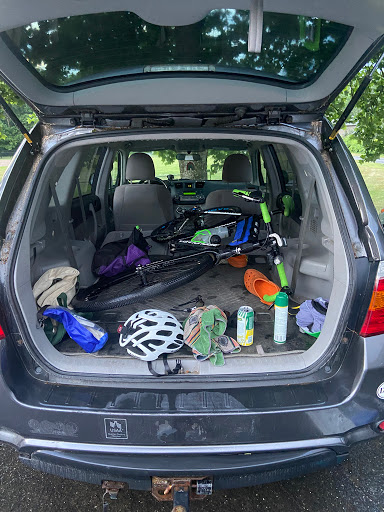