This week's Illuminati ride started a little bit earlier than your normal ride time because our goal today was to ride 50 miles.  However, we got off to a late start because John invited some buddies from the Hartford area and one of which had car trouble and was running late.  We went out for a warm up loop that netted us almost 6 miles.  By the time we got back to the Library, John's friend was ready and off we went. 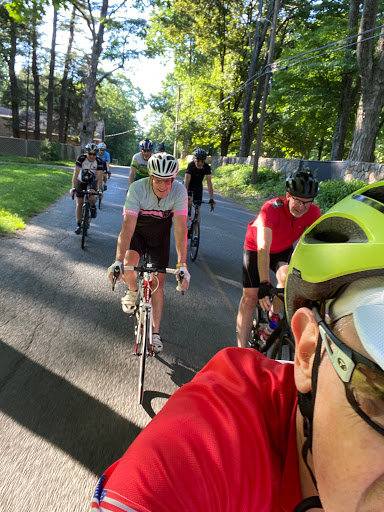 We had an incredible turn out this evening. We started with 11 riders that included 2 of John's friends from the Hartford area, an Illuminati alumnus, Abe, another alumnus, Jim, and Mike from the Lunartics. Another guy named Mike who rode up from Fairfield rode with us for awhile until we lost him in the neighborhoods between Sport Hill and Morehouse Road. 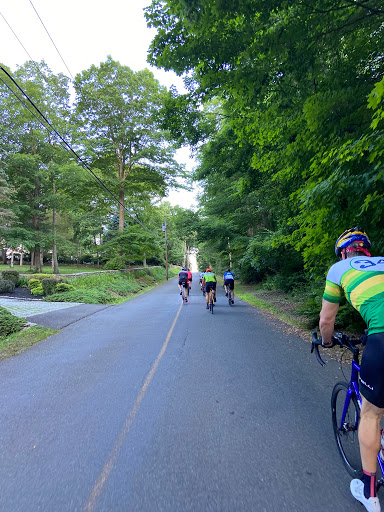 One of the requirements of tonight's ride was to try and front load as much as the distance as possible so I designed a route to utilize the neighborhoods south of the Easton Market. The quick turns and little warning from the GPS meant we were bound to lose someone and we did. 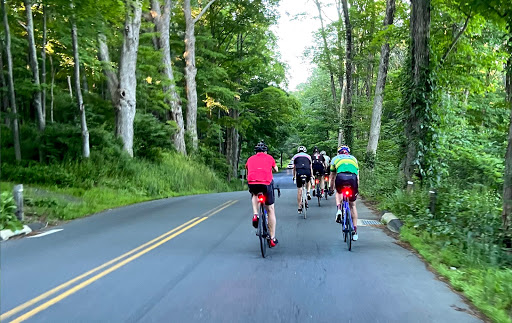 If the bridge wasn't out on South Park Avenue we could have ridden through more of Trumbull and then hit Dracula Drive on our way over to the rail trail, and Garder Road in Monroe which no go hand in hand when riding counter clockwise. 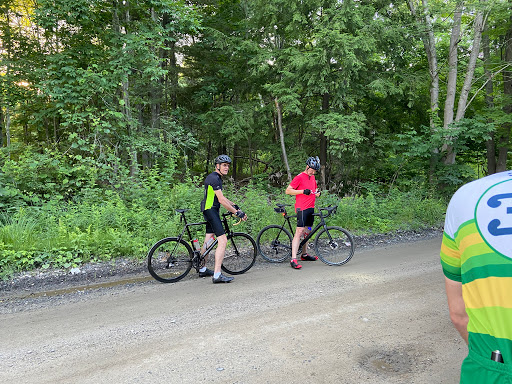 At 28 miles or the top of Garder Road we made a Scotty Stop and everybody took a moment to refuel. The temperature this evening was perfect. Not too hot and not too cold but cool enough that I was barely sweating. 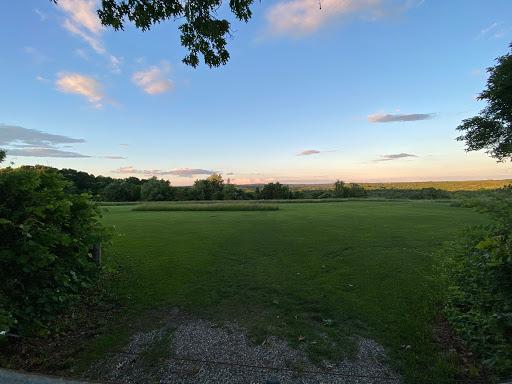 Coming into to Newtown we pedaled up Orchard Hill and stopped at the airfield. 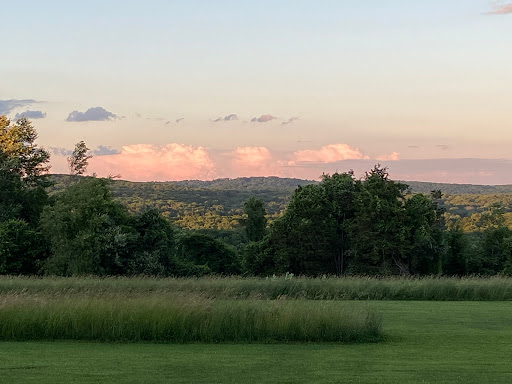 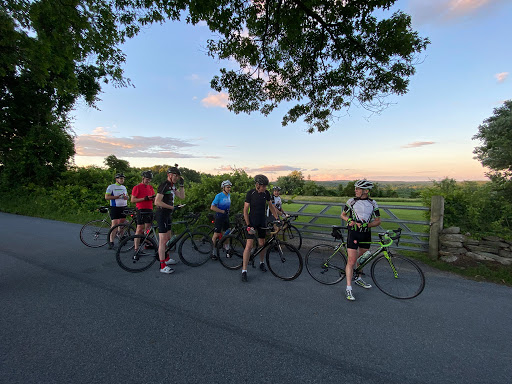 It was picture time 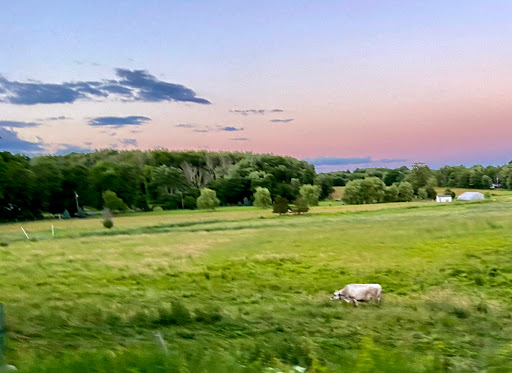 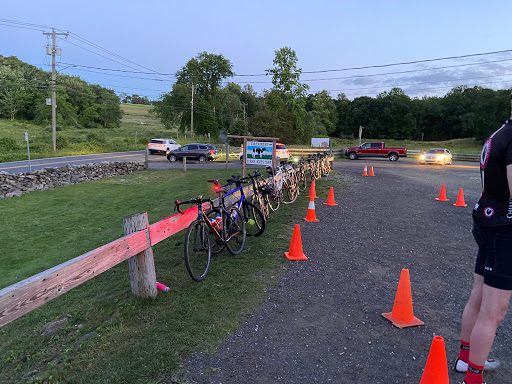 We got to Ferris Acres at 8:37 and Scott thought the closed at 9 but they really closed at 8:30. Matt O was able to sweet talk the girl at the register to sell us pints that we split amongst ourselves. 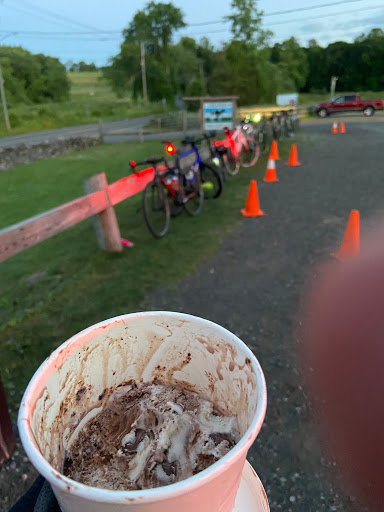 I got the Moose Tracks 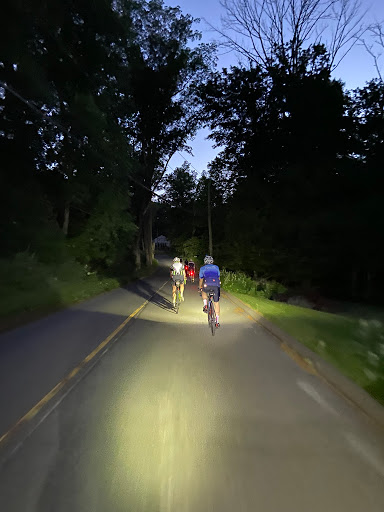 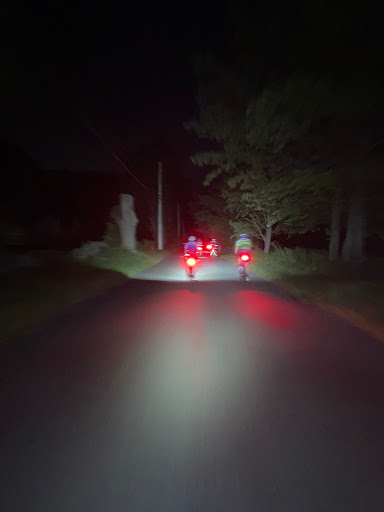 By the time we got to the top it had darken quite considerable and all the lights came on. We pretty much stuck to the route until everyone didn't feel like riding up Rock House and we were just going to go back to the Library on North Park and Adams.  However, we could see a police cars down the hill and didn't want to get caught up on whatever was going on down there so rode over to Sport Hill and picked up the route again.  It was Chip Seal all the way back to Rt 136 and then a quick bomb down Morehouse Road and we finished with 57 miles for the night.
at 11:30 PM