The Creepy Doll in Poverty Hollow

My daily commute from work has me driving up Poverty Hollow Road in Redding and Newtown, which also happens to be a popular cycling route and one that ride frequently. It also tends to be a mainstay for our evening Illuminati rides. On Monday, while returning from work I noticed a big doll that someone had propped up against one of the graves.  That evening, one of the Newtown Lunartics, Gabby, rode by there and went social media on it. 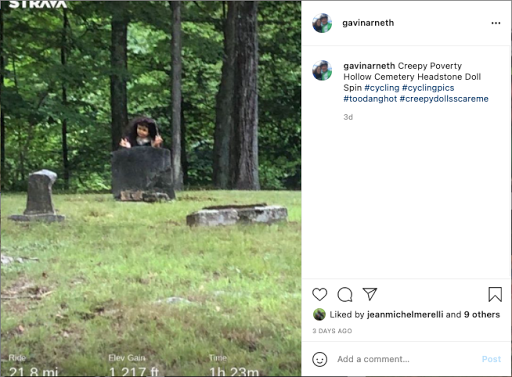 I wasn't thinking about the doll when I planned out the route for Tuesday's ride because I was more concerned about getting to Ferris Acres before 8:37 PM. 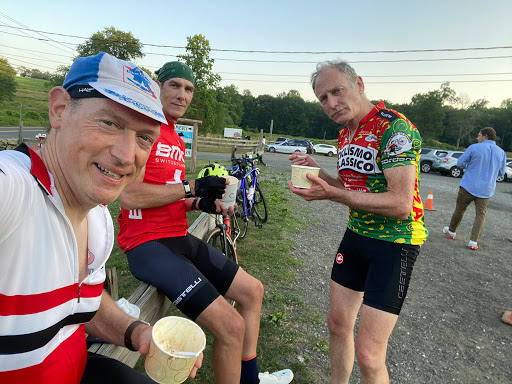 We started riding at 6:30 PM and it was really hot, the temperature was easily in the 90s if you were still in the sun but the route that I planned was mostly in the shade. It was warm but cooling off quickly. After descending Meeker Hill and riding up through Poverty Hollow I remembered the doll.  As we rode by the cemetery I just got my phone out in time and snapped a pictures. 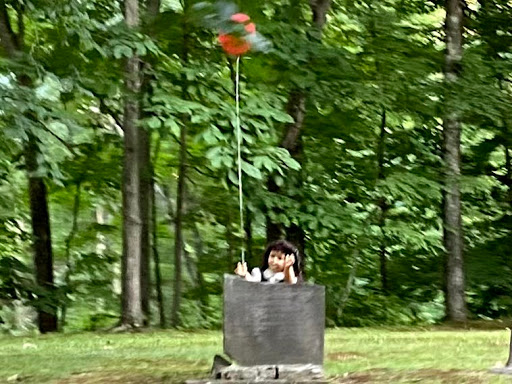 The doll now has a red balloon. The headstone appears to be broken and it's not clear enough to read who is buried there but it is pretty creepy when you think about it. All sorts of permutations come to mind but my guess is that it's a prank that someone is using to draw attention to themselves or start an urban legend that the cemetery is haunted. 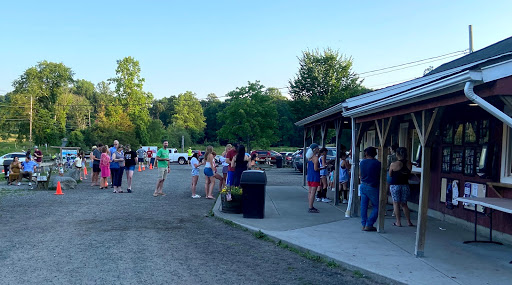 The good news is we got to Ferris Acres with plenty of time to get ice cream.  We opted to split a quart of Cow Trax instead of waiting in line, as you can see the line is long and it's quicker to just order a quart from the side window and split it. 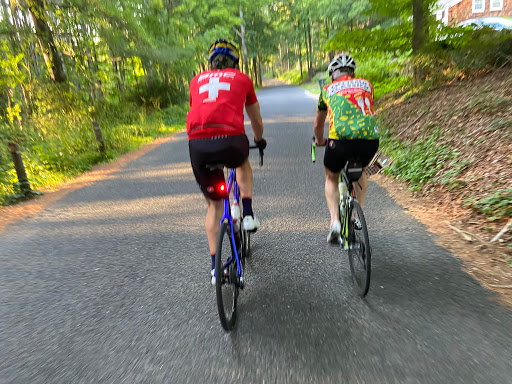 The route that I had planned called for using a few trails and dirt road cut throughs that Matt wasn't too keen on so we called some audibles to get around the dirt sections.  We did however ride Garder Road, which is a dirt road that we often ride in the other direction and then the rail trail.  This route was essentially a reversal of the routes we have done in the past and it was well received.
at 11:00 PM