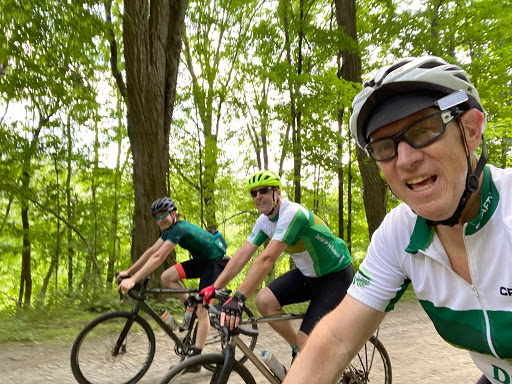 This is now Marshall's second gravel ride with Mike and I and you could start calling us the three Gravel Amigos.  We started from Mike's house in Gaylordsville and out of the gate began the first climb to the top of Stillson Hill.  Stillson wasn't the biggest climb on the route but it was dirt. 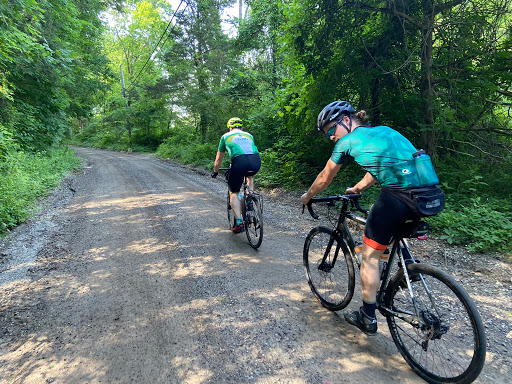 Rather than brave Rt 37 Mike called an audible and we rode nearly to the top of Candlewood Mountain on Bulymuck Road. That turned into quite a climb in itself and then back down again. There was a short jaunt on Rt 37 to then head down Jericho Road. 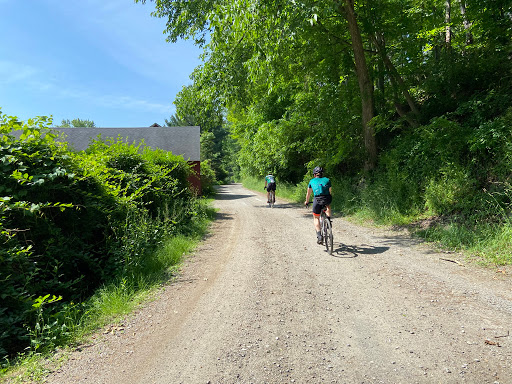 MIke pulled another rabbit out of his hat and we got in another half mile gravel and then rode up to Spring Lake and eventually into the route that I had intended us to ride. 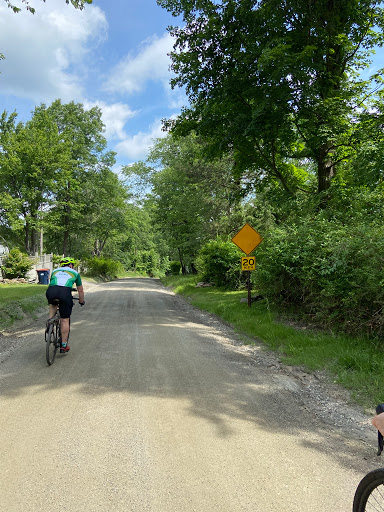 This route included Byrds Hill, which has been on my bucket list for quite some time. We always pass it when riding Duell Hollow but never have gone up or down. It's a two mile climb with an average grade of 5% and has max grade of 12%. The sign where it turns to dirt is a little concerning. Did the town run out of letters to mark where the pavement ended? 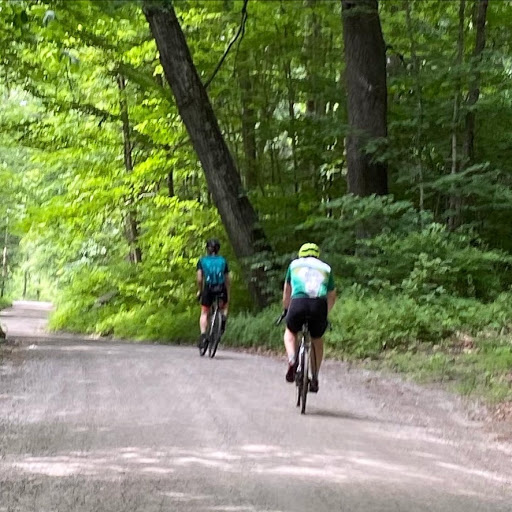 I was glad we were going down. The other direction would have been absolute bear of a climb, a mile at 7%. 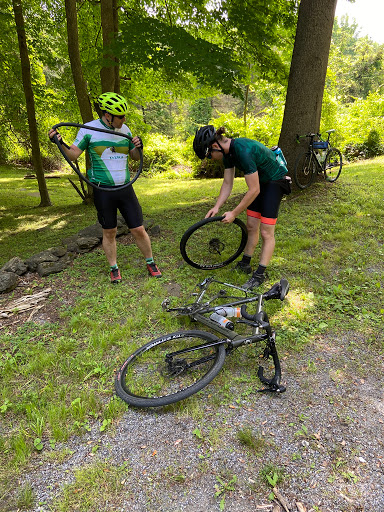 Marshall must have taken the descent too hard because he ended up with a flat tire. 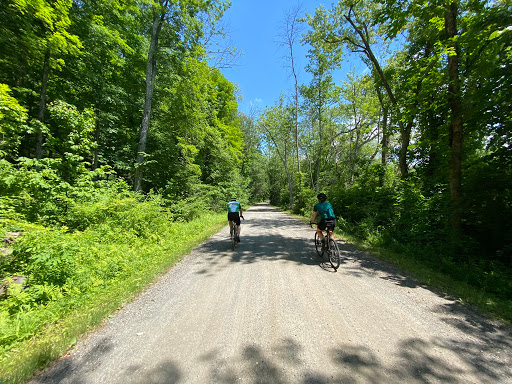 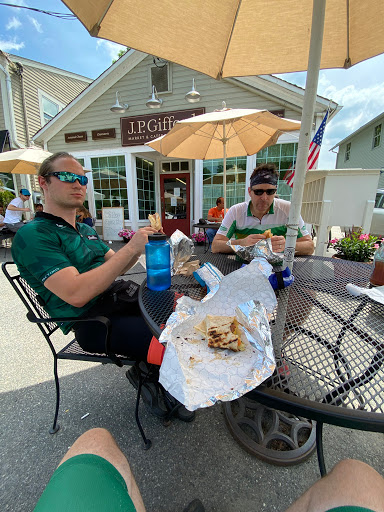 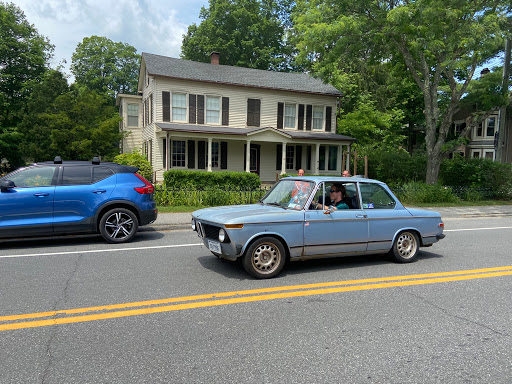 Then this guy rolls past us in a BMW 2002 and Marshall waved to the guy. Marshall works at car shop and really likes BMWs, especially the old ones.  The guy came up to us and Marshall started asking a bunch of questions about the car. Alex, offered to let Marshall give it a spin.  Turns out Alex likes to ride and was interested in our ride today. I told him the next time we ride up here we would offer to take him along with us. 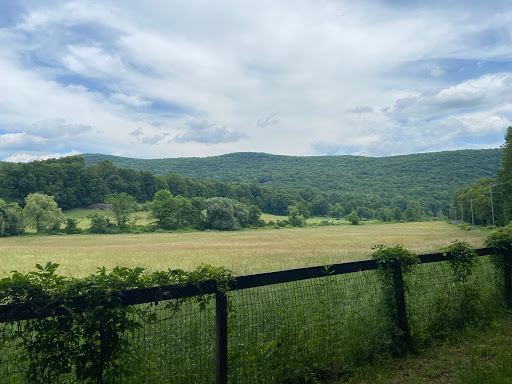 Then we headed up Cobble Road on our way to climb Segar Mountain (Rt 341). I think this was the first time I climbed it and it was long and steep. 2 miles long at an average grade of 6.5%. In the heat, it was a tough one but the reward came with a nice big descent into a Kent Hollow and a brewery stop. 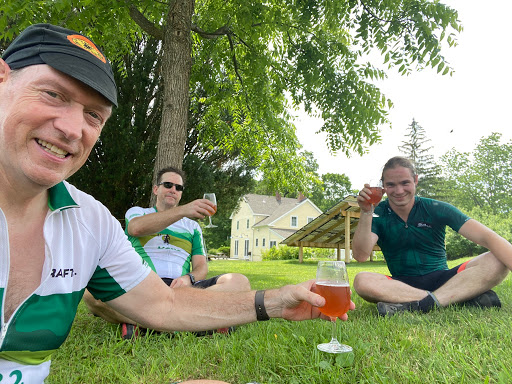 We all had the Field Beer, which was a Farmhouse Ale that bordered on a sour 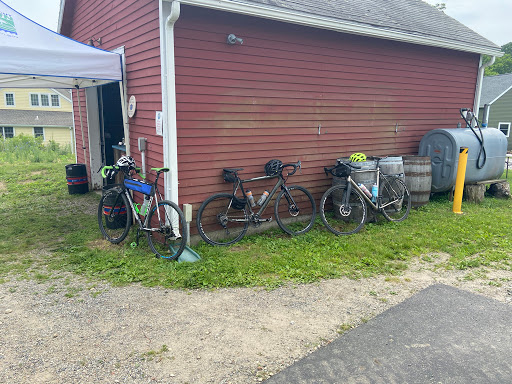 After refilling our bottles we headed up towards Lake Waramaug 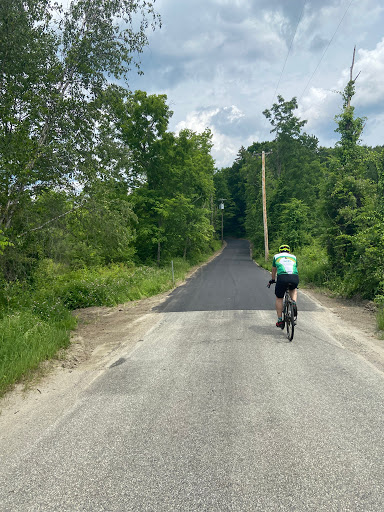 To our dismay we found Camps Road had been paved 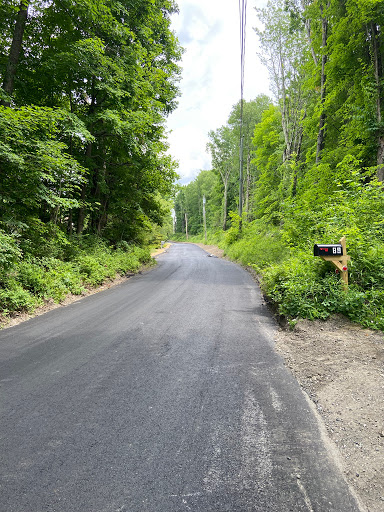 As well as all of Gunn Hill 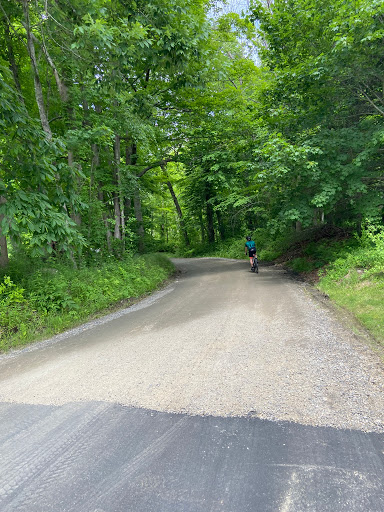 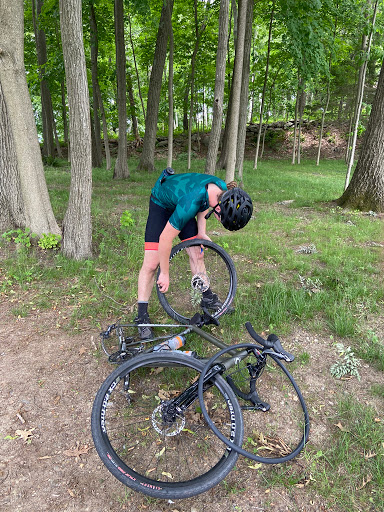 At Lake Waramaug, Marshall had another flat. This time we put a dollar bill in the rim and crossed our fingers that it didn't happen again 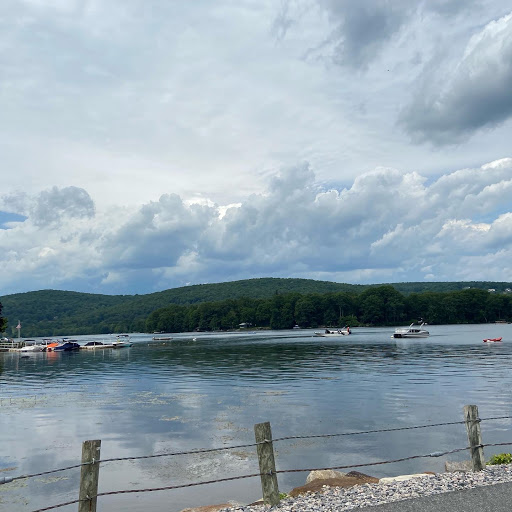 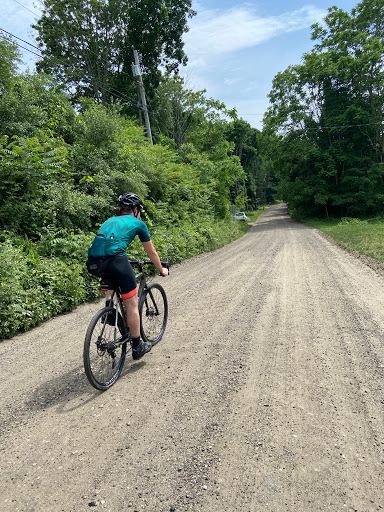 We were surprised to find Mygat Road to be completely graveled. I always thought this was a paved road and we figured that it was about to be paved over 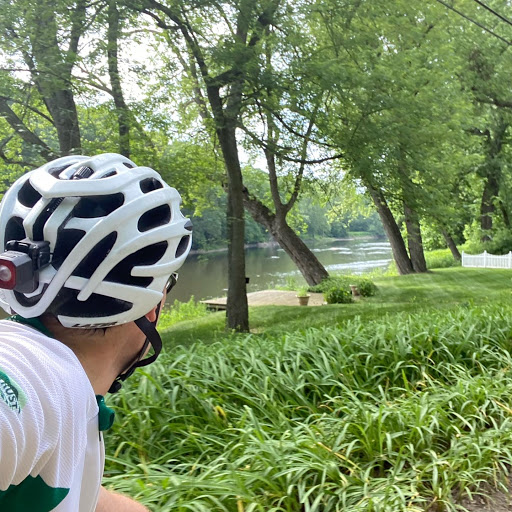 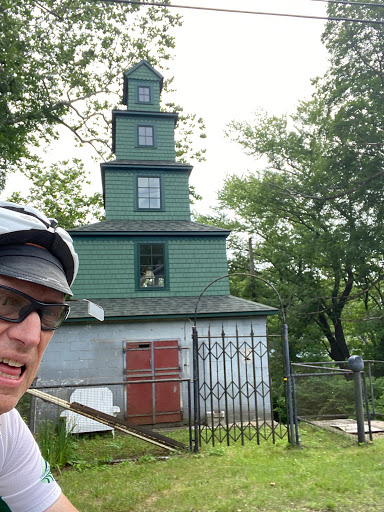 Rode by the Spite House, which is also known as the Cake House 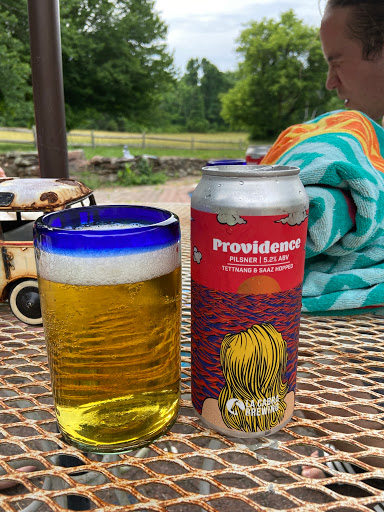