Having just gotten back from vacation and wanting to ride something different Mike suggested we do section of a ride that a friend of his did the previous weekend.  The friend rode 130+ miles but Mike only wanted to ride around half that distance and then go back to his house to cool off in the pool and drink some beers since it was going to be a scorcher of a day.  The route that he picked had us leaving from his house and heading up to Millerton, NY and then coming back on the Harlem Valley Rail Trail and then back roads back to his house. 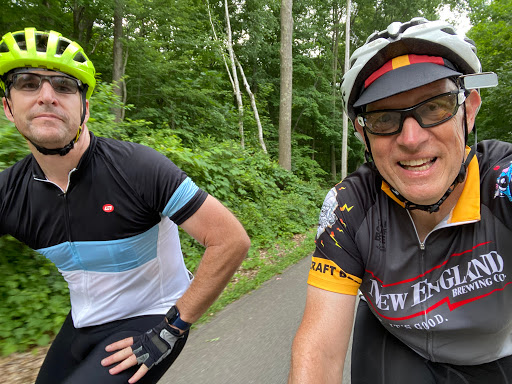 Of course, as most of my cycling friends know, when I see an intended route I am liable to make changes to it and of course I couldn't help but change this one. I modified the route so that we would go north of Millerton, ride up to Boston Corners and come back on the new section of the HVRT that just opened this spring (Millerton to Boston Corners). I always have a cycling agenda. 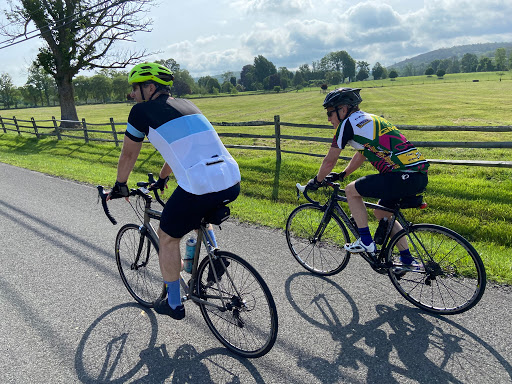 On the way up to Sharon we met up with Steve, on the right, who told us he lives on Westwoods Road No 1. If you have ever ridden this road you will recall that it's brutal, dirt road climb up the backside of Skiff Mountain. Steve told us that he usually drives down the hill and parks at the bottom so that he doesn't have to climb back up after big ride. That's pretty smart.  Steve was meeting a friend in Sharon who was going to ride Deep Hollow into Millbrook.  We parted with Steve and Mike and I continued north. 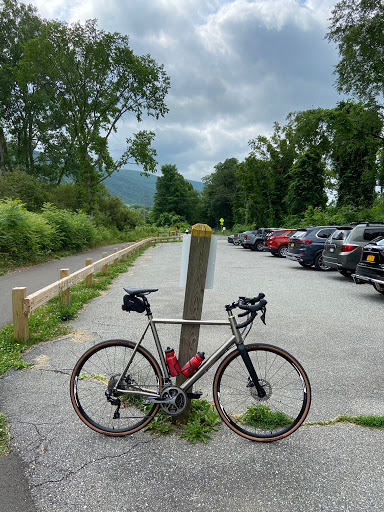 The entire ride to Boston Corners it was partly sunny but really more cloudy than sunny and while humid it wasn't really that bad. Riding along the west side of the Taconics we could look west and see the whole Harlem Valley. One striking thing that caught my attention was the impact of the gypsy moth caterpillar infestation taking place and how big swaths of trees were denuded by these horrible pests. At the HVRT crossing at Undermountain Road we turned south and started riding the new section of the trail. 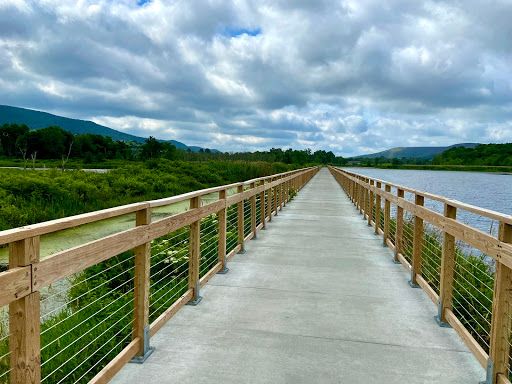 The start of the trail was getting choked by vegetation growing on the sides and there were all these caution signs about ticks and Lyme Disease. Well, if you cut the vegetation back I don't think you would really have to worry about the ticks.  This section of the trail also has a lot of boardwalks through the wet areas. What's cool in the picture above is the trail is running on the Harlem Valley roadbed and 20 yards to the east is the old Central New England roadbed. 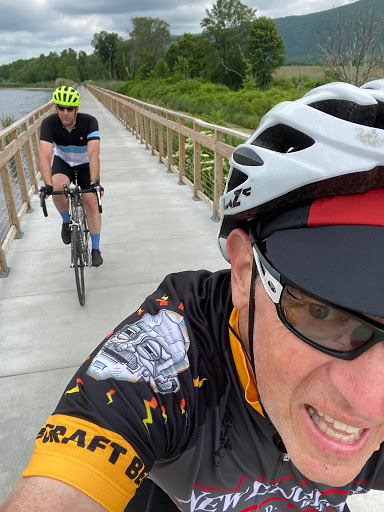 As we got closer to Millerton the sun started coming out more and the temperature really started rise.  At Millerton we went looking for a cafe for breakfast. The one I liked on a little side street was closed so we ended up at Irving Farm Roasters.  We ordered breakfast burritos and iced coffee but someone stole our order and we had to wait for them to make up two more for us. 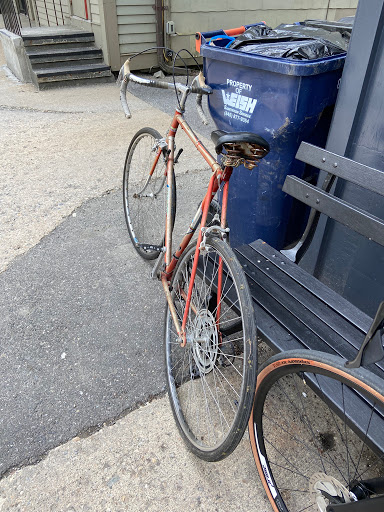 One thing that I happened to notice quite a bit on the rail trail was there were pairs of men riding, where one guy was on a blingy road bike and the other on an Old Crappy Ten Speed. Another noticeable combination of cyclists was a guy (husband?) on a nice road bike and a woman on an eBike (wife?). Then there were the eBikers.  We saw quite a few headed north. 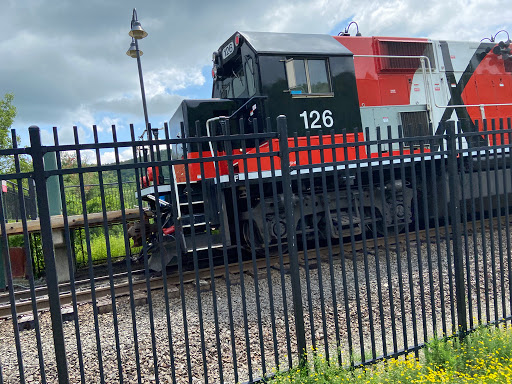 I was surprised that there weren't a lot of trains at the Wassiac MetroNorth Station.  There was only this train at the platform and nothing in the yard. Normally, there's at least 3 or 4 trains in the yard. 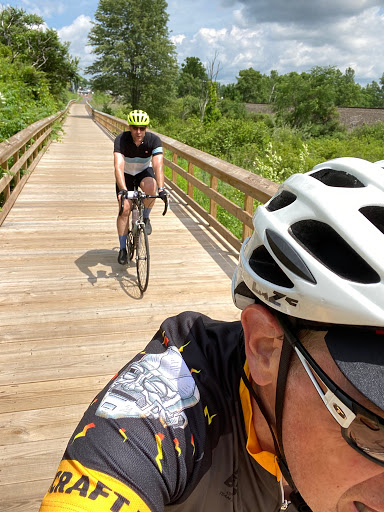 After crossing the driveway to the Train Station, I thought we would have to jump out onto Route 22 but there was more trail that continues south! I had seen RWGPS recognize this but never knew there was an actual connector to Wassaic. 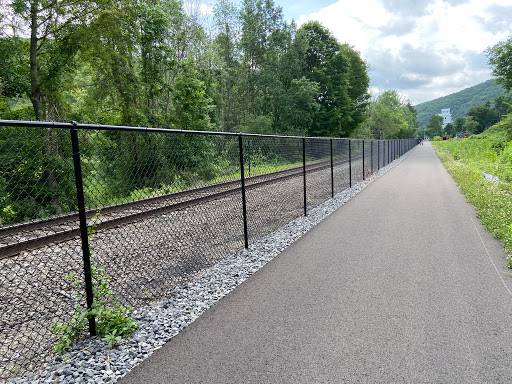 Here is yet another example of a Rail with Trail, an active line at that, in New York State while Connecticut continues to sit on it's thumb with the Maybrook line into Danbury. 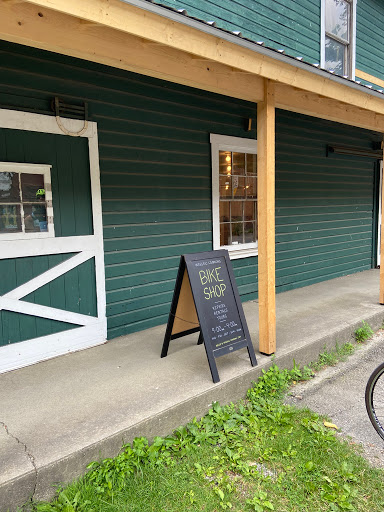 Last weekend, a cycling acquaintance of mine was riding up this way and took a bunch of pictures of this new bike shop in Wassaic so I had to see it for myself.  It's called Wassaic Commons. 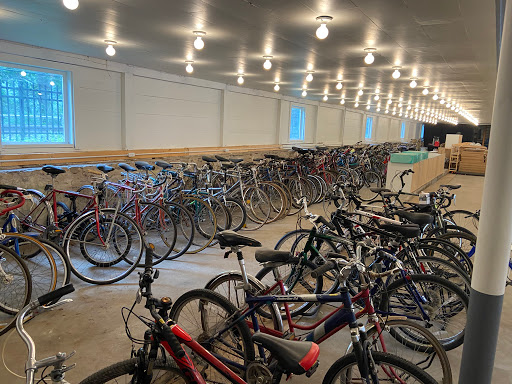 It's more of a recycled, cycle shop but the owner, whose name is Rod, said he is moving the bike shop further into the building and the section here where the bikes are currently being stored is to become a cafe. That will be awesome if it comes to pass. Then you can ride the rail trail and come here for a bite to eat. 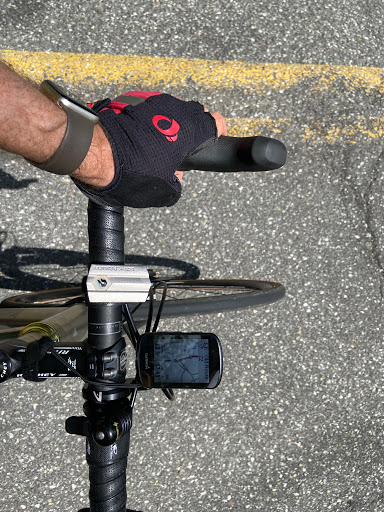 Rod had pretty nice Bianchi San Jose in the shop that reminded me of mine - I should have never old that bike.  I ended up buying an Origin8 Streamline pinger for the Ti-Stick.

Although, I think there is something wrong with it because it doesn't ring very well. 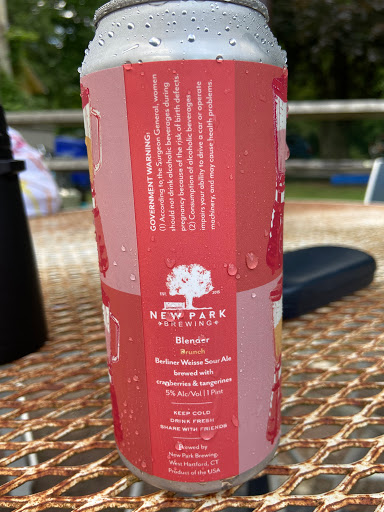 From Wassaic, Mike and I rode back to his house, skipping the last climb because the temperatures were now in the 90s and the thought of cooling off in his pool and drinking beer redlined the Give a Shit Meter.
at 9:00 PM