Spot on the Mulikin 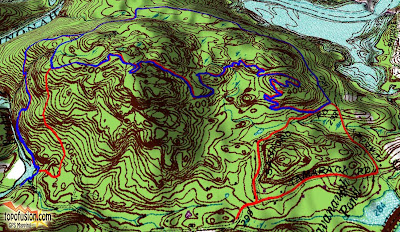 Couldn't ask for better weather Friday after work for a ride.  Would have liked to have hit somewhere tastier but didn't have the time so I settled for a quickie at Upper P.  The map above actually shows Friday's ride and another ride from last weekend that I forgot to post about.  The trail gnomes have been out in full force on the Mulkin Trail.  Looks like they brought some clippers to take care of all the vegetative growth that was closing the trail in.  It also appears that the equestriennes have found the Mulikin, too. 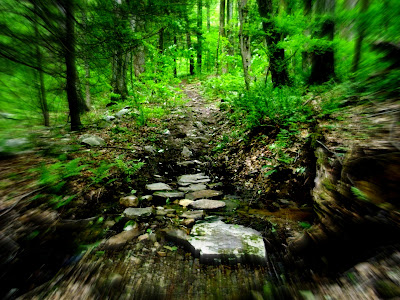 I may have mentioned this before but the gnomes made a good start at armoring this stream crossing but it needs some more flatties until it can be called complete.  There aren't any good rock stores nearby either so I can see how this effort could peter out so quickly. 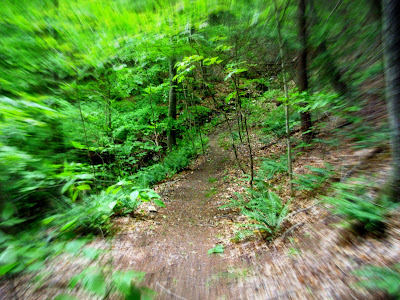 I love this little descent but the stream crossing at the bottom is getting muddy and needs some armor loving, too. 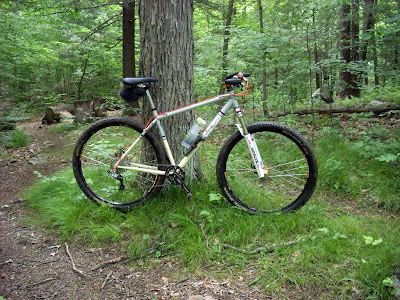 While riding up the Mulikin I hopped off the bike to let two guys coming down pass.  I have seen these guys before riding the Gussy trail.  They were rolling full sussers and little boy wheels and didn't want to stop to chit chat.  I think it's time to find the missing link, which is the old trail that connects Mulikin to the White trail.
at 9:00 AM