CT NEMBA was supposed to have a ride and meeting Wednesday night but the ride got canceled due to the rain and no one could make the meeting.  I met Glenn, CT NEMBA's Treasurer, in Newtown and headed over to the Housatonic Rail Trail in Monroe figuring it would be a lot less impact than riding singletrack after the rain storm we just got.  There were still some soggy sections and we both got decent skunk stripes. 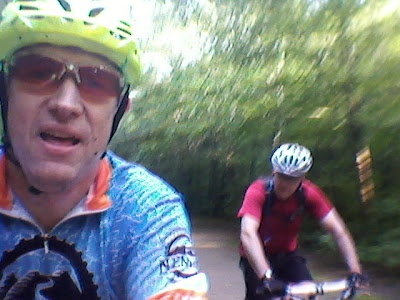 We rode the entire length of the trail, parking at the Pepper Street lot and heading south to the trail terminus in Trumbull.  Turning around we rode back, past the parking lot to the Newtown Town Line.  The Newtown section, the 1600 foot rail trail to nowhere, was way too wet to ride.  Turning around at the town line we rode back to the lot.  Total trip was 19.4 miles in about an hour and thirty minutes. 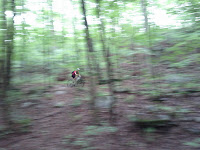 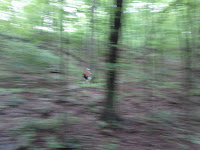 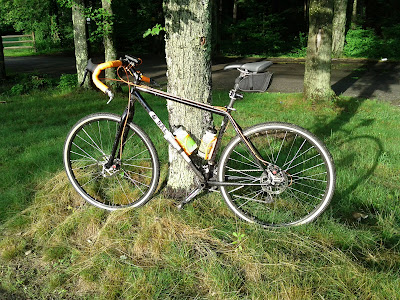 It was the inaugural ride for the redone Qball Monstercross and what a fun bike to ride.  The only big changes this time around besides going back to being a 2x8 is new bar tape and tires but for some reason it felt really different and much better to ride.  I think it was due to the hawt, orange bar tape. 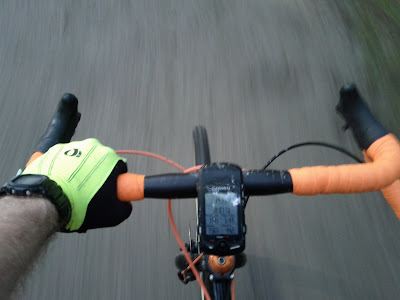 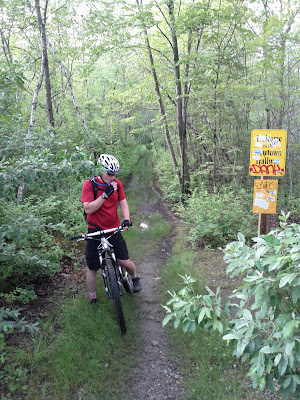 Newtown Town Line and the 1600' Rail Trail to nowhere.

The Newtown section of the rail trail ends 1600 feet from the town line because the old rail bed then cuts across the Batchelder Property, which is an old Aluminum Smelter plant, long since closed.  The place is a Superfund cleanup site stuck in Bankruptcy and probably will never get cleaned up. 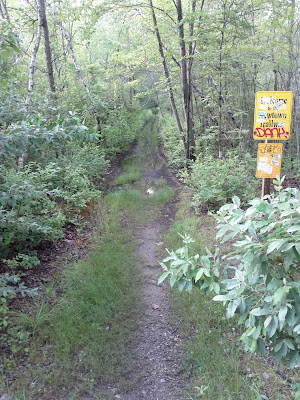 While the trail goes through to Swamp Road, technically you would be trespassing.  There is also some old guy that lives next to the trail who will sometimes come out and yell at you for crossing through.  Even if the trail were to go through to Swamp road it's still a big let down because it hits the active line of the Housatonic Rail Road.  It would be awesome to have a path on the side of the tracks that could go all the way to Danbury, Brewster, and points north. 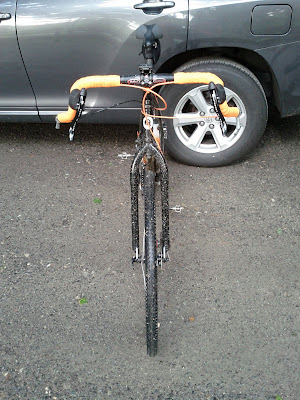 As you can see, it was still pretty sloppy and there was some major bike washing when I got home! 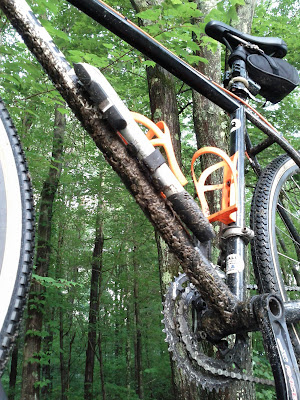