On the Spot at the Kingdom Trails 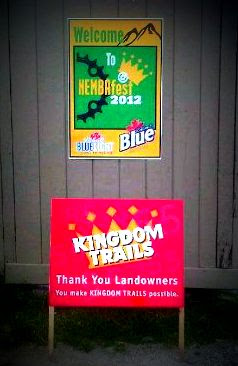 I have never been to the Northeast Kingdom before so when NEMBA decided they were going to have this year's NEMBAFest at Burke Mountain and the Kingdom Trails, there was no way I was going to miss this!  I took Friday off from work and got to Burke Mountain by noon, registered and set up camp at the Cutler Inn where all the NEMBA Volunteers were based.  I offered to volunteer but at the last second was told I wasn't needed but I was allowed to camp there anyway. 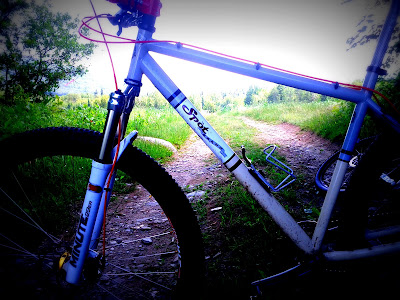 For my first taste of the Kingdom Trails, I hooked up with Tim Post of Greater Boston NEMBA, his two sons Alex and Chris, and Chris O'Toole(?) from Central Maine NEMBA.

Our ride started with setting up a shuttle by leaving my car down in East Burke and then Tim wanted to recon the route on Pinkham Road. 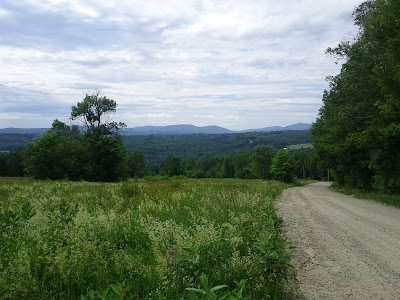 Tim wanted to ride Pinkham to the Magil Fields trail but I thought it would be better if we started out on Trillium off of Dishmail Road.  Afterall, it meant more singletrack and that was what I was here for, having never ridden the Kingdom Trails. 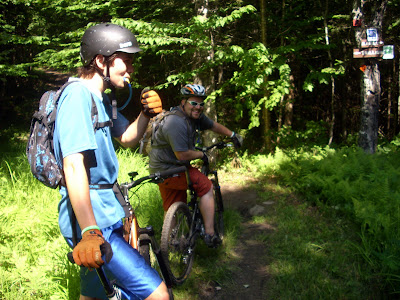 And talk about singletrack!  Holy Cow!  These trails are AWESOME!  As we came out of Trillium and crossed over Pinkham Road there was a VW parked at the trail head with two Kingdom Trail Maintainers smoking cigarettes and I said to myself, what could two dudes in Vermont be doing in the middle of the woods except smoking a dube!  Sure enough, as I rode past there was the tell tale odor of cannabis in the air. 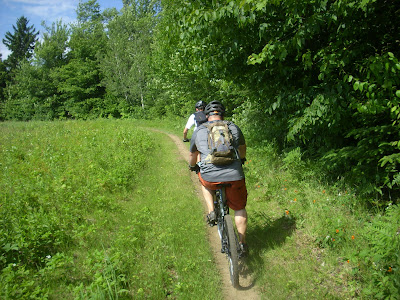 We rode through some really nice meadows where the singletrack was but a foot wide.  I found the trail marking system to be interesting.  It seemed that all the green trails were just double track.  Then were were blue trails both single and doubletrack.  If the doubletrack had a lot of climbing it was labeled blue and the blue singletrack had climbing but nothing very steep.  The black diamond trails were very rooty and steep but all in all, these trails are really great and easy to find your way around! 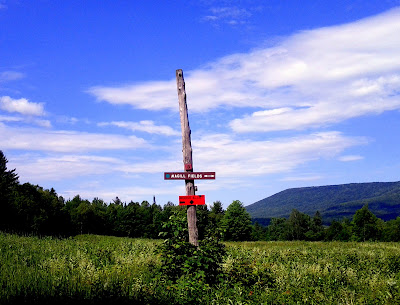 The first stop was the intersection of Magil Fields and Moose Alley and took in the views of Burke Mountain and the Valley. 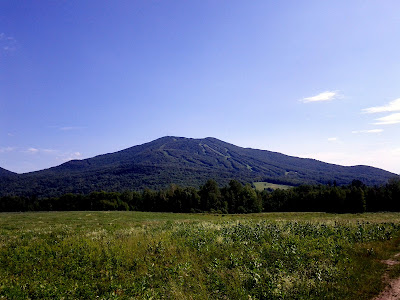 Friday afternoon was a perfect day to ride! 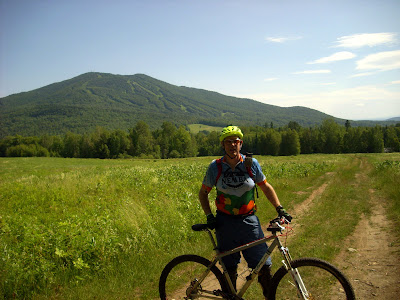 Up next, Moose Alley! 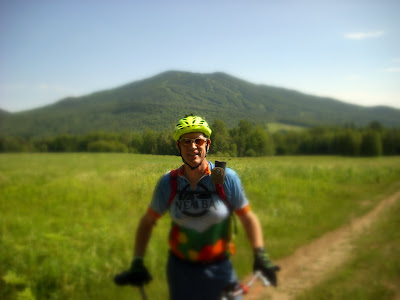 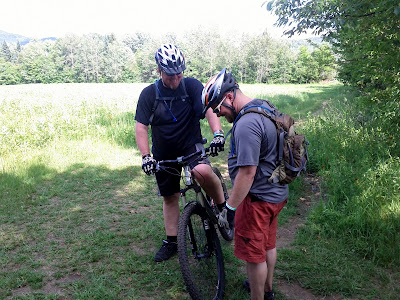 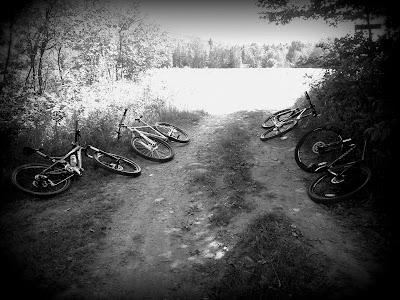 Email ThisBlogThis!Share to TwitterShare to FacebookShare to Pinterest
Labels: 2012 NEMBAFest, Kingdom Trails, On the Spot, Vermont