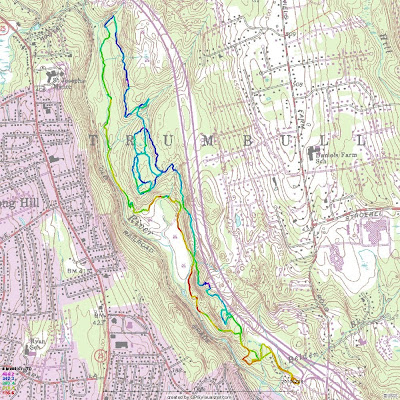 Headed down to the Pequonnock River Valley in Trumbull midday Sunday hoping for some buff, snow packed trail. What I got was sloppy seconds snow melt. Snow cover on the trails was 50/50 and while there was a lot of soggy sections and a few mud holes here and there. The rains on Thursday washed out some sections of the trails, too. 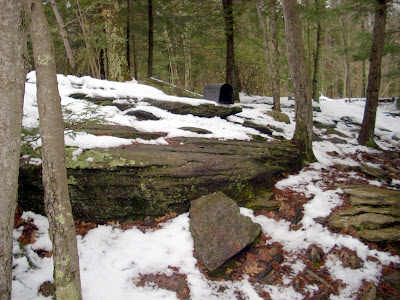 While riding in circles (on purpose) in the section between the picnic tables and the bat cave I came across this mail box lying on it's side. So I put it up on this roller and I am calling it the You've got mail Roller. I was tempted to give it a shot but it would be better on a full susser bike rather than rigid. I did hit the roller on the way in though. I tried to make sense of these trails but it's a rabbit warren of trails.

This part of the trail, if you were going the opposite direction and turned west you would head down into the ravine that would lead to the Bat Cave. 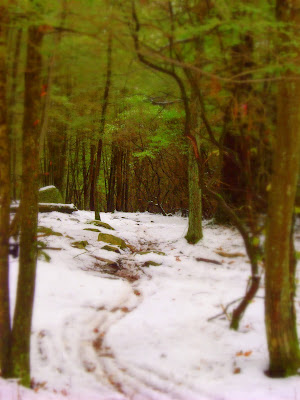 After crossing the rusty river I followed this seldom used trail that heads back towards the highway and then cuts back under this cliff. I actually rode underneath a cool gapper. It would be cool if this would become the continuation of the red trail.

The Dillinger still rocks granted the traction wasn't all too hot in the slush and some of the washed out trails were impossible to ride rigid. I am tempted to get some squish but riding this way is so much fun. I am not sure I want to give up the rigid ride. 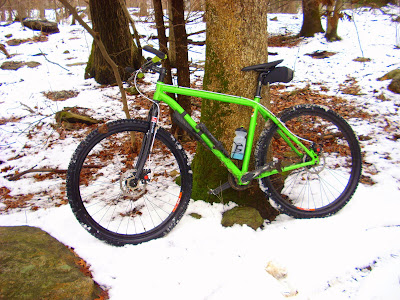