Last snow shoe of the season? 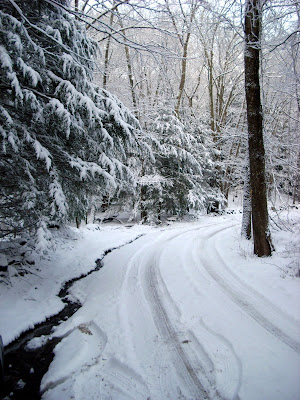 Another lack luster snow storm to blanket the east coast with snow and we get a mere pittance. I think there might have been 3 or 4 inches on the ground but I headed out anyway because I really wanted to see what this other section of open space off of Sanford Rd is like. Parking along Sanford Rd is rather limited so if this trail comes to fruition it will be mostly for the local residents to enjoy. I was able to tuck my truck in at where one of the trail heads would be. You might fit another car there and then you can fit one near the trail head at the State Forest. 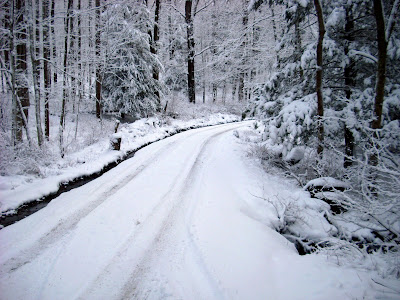 Below is this crater but I doubt it was created from some sort of explosion. It's pretty old so I would guess that it's hand dug, maybe 30 or 40 years ago judging by the size of the trees in growing out of it. It will make a cool terrain feature along the lines of a pump track. 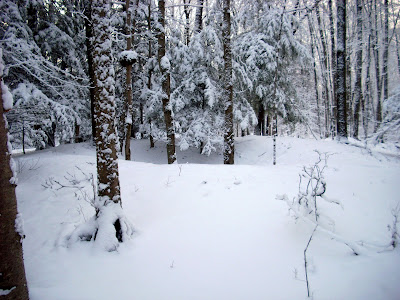 Just past the north west section of the rim is a pin which I imagine could be the corner of the neighboring property. Ten yards west of the pin is a tree house that some kids built that I would assume are within the confines of private property. 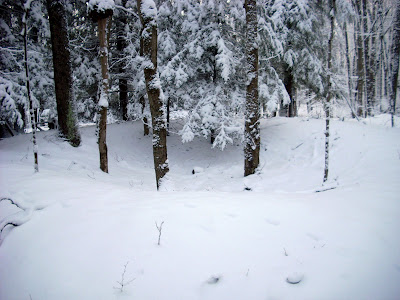 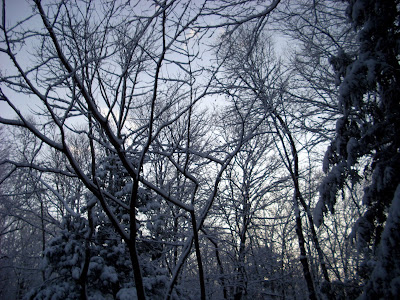 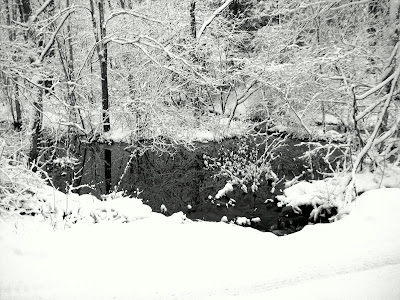 The stream that flows through this little valley was flowing at full force. Of course, the three to four inches of rain we got on Thursday probably had something to do with that. 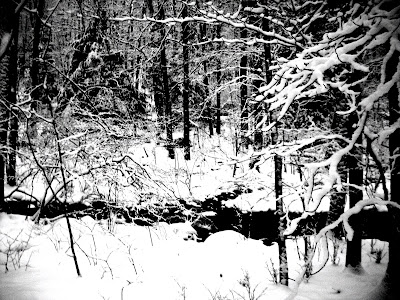 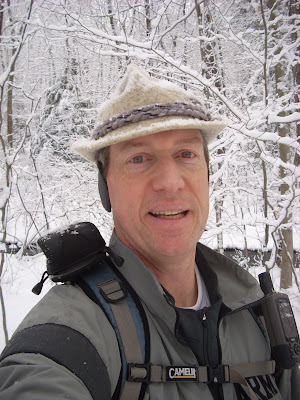 I wanted to yodel but didn't want to wake the neighbors. It's always a crap shoot trying to plan for the right amount of layers. Today, I did pretty well with a t-shirt, an insulated running top from Nike, and my old Army PFU jacket. Unfortunately, I only walked for 30 minutes and it wasn't really that strenuous that I barely broke a sweat. 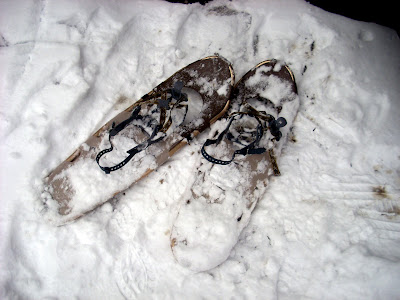 I got these boots for my birthday and they are so much better than my gummed sole boots. They're from Lands End and I think they were like $20! They are insulated and really comfortable. 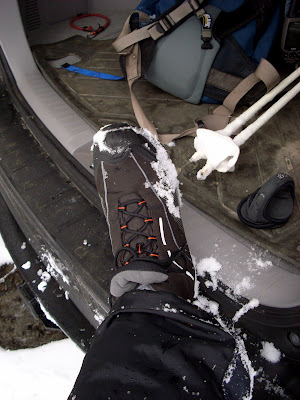 Below is an aerial of what the trail might look like. The lower left section, on both sides of the stream is full of invasive barberi and punching a trail through that will require some serious equipment, like a gas powered brush hog. The trail is going to need two bridges over the stream, too. Hopefully there will be an Eagle Scout or two that needs a project. 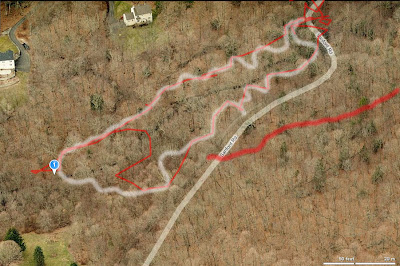 Where'd you get the hat?

Austria - Lived there in 80s