Wishing I was riding

I think this might be the longest I have gone without putting force to a pedal and turning a crank! It is attributed to a combination of the cold weather (MIKE-PAPA-HOTEL) and equipment in need of repair. The 'Horse is getting it's fork rebuilt and I need to replace the BB on the Dillinger. I haven't been on the Qball either because what little snow we have has all the gravel riding areas iced over. In fact, I going to turn the Qball back into a mountain bike! 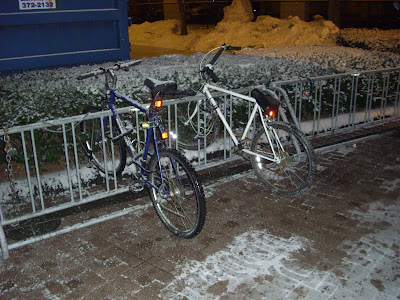 Check out these bikes down at the Park City Rail Road Station. I headed into the city extra early last Wednesday because guess what, there was snow in the forecast! The Toponga and Schwin Cruiser were in the racks again and pretty early, too. I have a lot of respect for these people. 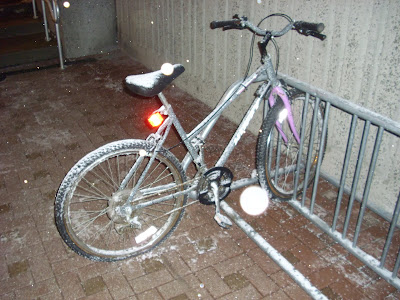 This bike looks like it was used in desperation to get to the station. I wonder if they noticed the rear flat tire while riding. 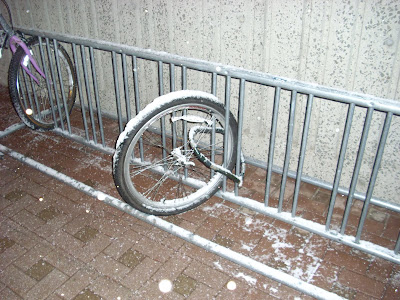 I am sure this came as a surprise to the owner. Quick release wheel and not locking the frame is a recipe for theft.
at 8:02 AM