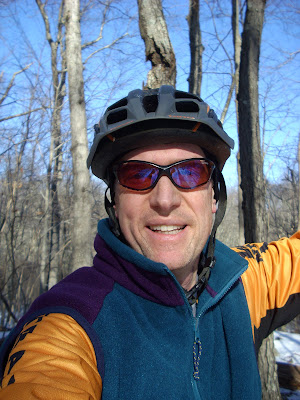 An expression that I learned in German many years ago ... good things come in threes. Three rides this weekend, granted all at the same place and pretty much the same trails but it's riding and riding is fun. Having done the super tour on Saturday, a quickie on Sunday, I decided to do an up and down the Gussy ride. I cleaned every climb on the Dillinger and every up and over, including the one on the funnel. 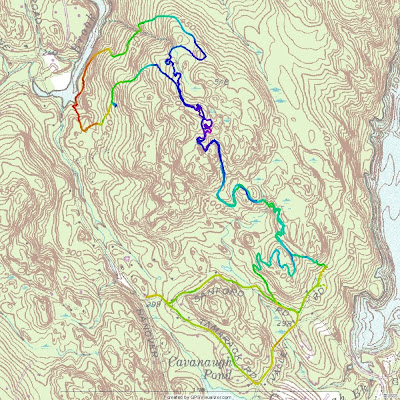 Took a stab at some more rerouting but this section further south is going to take more work to plan out. Also found an area on the south side of the funnel that might make a really good half pipe. 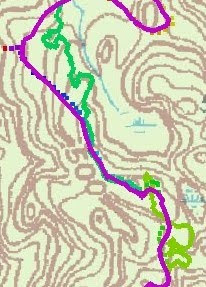 The forest road is starting to get soggy, more so on the east side of the forest but on the west side it's getting soft, too. You would think that it would be the west side first because the western exposure but this side is very well drained. Found the missing DEP sign from Hanover Road. The ATV rapists most have thought it would be cute to bring it so far into the forest. 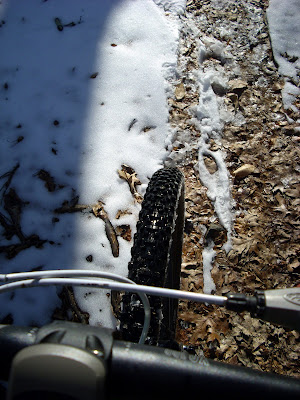 The Gussy trail is softening up, too, but there is no sign of mud at this point. 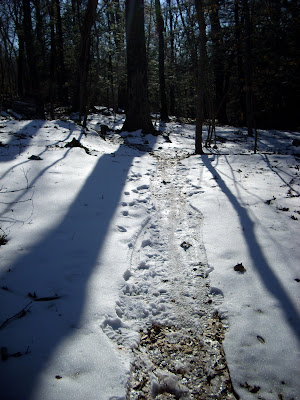 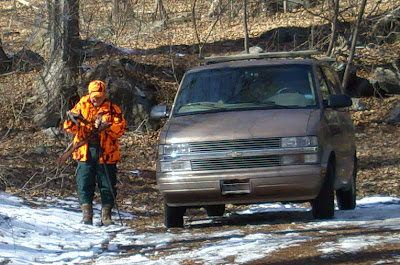 And yes, there is still hunting going on. Small game season right now. When spring rolls around, it will be Turkey season, but I never see any Turkey here so I don't why they bother.
at 5:46 AM