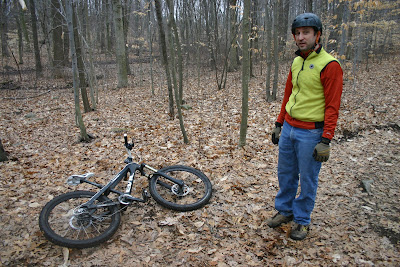 Tren and I met this guy John (above) at 8 AM on Park Avenue in Bridgeport to check out this park that he wants to develop into a Mountain Biking/BMX Ride area and park along the lines of Highbridge Park in NYC. 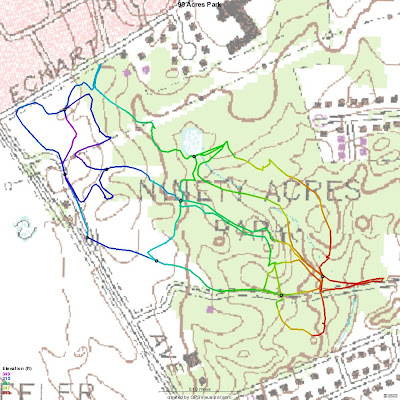 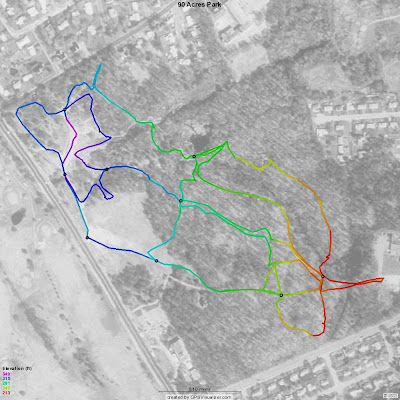 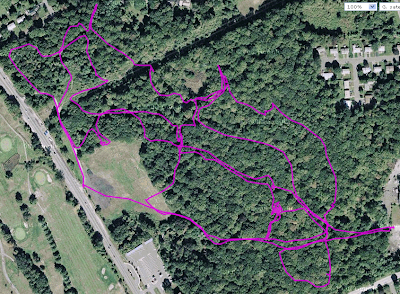 It's a quaint little location that is mostly used by dog walkers as we saw an abundance of people walking their dogs. There are some really nice trails, too, however, they have been ravaged by ATVs. Hate to say this but ATVs (and their drivers, too) are like cockroaches. They get in everywhere and destroy everything.

90 Acres Park has a lots of potential. There are tons of natural stunts. One really nice roller that you can hit both ways, and we saw others that would be even better with a little work. There are some water and run off issues coming from new ball fields that were built on the east side of the park. All in all, this place could be a nice little diamond in the rough for Bridgeport. 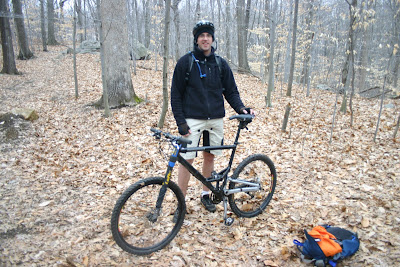 We had some light rain this morning and it was around 45 degrees and Tren wore shorts. While I am not pictured, I was dressed much more warmly. As you can see the 'Horse is back from Straightline Bikes. They did an awesome job on the tune up.

You can't see them but I got a pair of Crank Brothers Mallets the other day from a guy up in Schenectady for $25 and I couldn't believe how much better they are then all the other CB pedals that I have tried. When you clip in, it feels like your whole shoe is welded to the pedal. I felt like I had a lot more power because more of my shoe is was pushing on the pedal. The other think I couldn't believe is how fast I could clip in. Granted, I have been riding in a lot of snow lately and that can slow things down but on these they seem to magically clip in!

John's friend Jamie met us a little later with a brand new Giant Reign. We stopped at this intersection in the trail so that he could adjust his pedal and it fell out of the cranks - stripped. I have seen that before. This brandi-new bike, with maybe a dirt mile on it is now kaput! 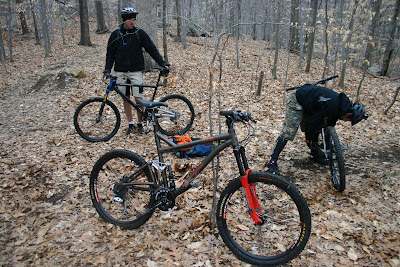 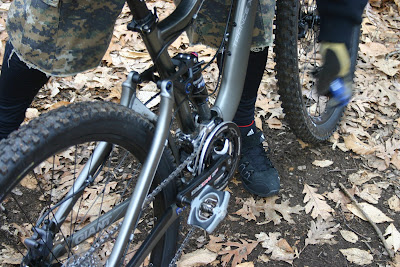 John will be coming to the Trails Workshop in two weeks and we will be working on developing a plan to submit to the City of Bridgeport.
at 9:15 AM