I took Friday off and decided to go on a big ride up into Litchfield County. I would first ride to Ovens of France for a danish and then ride north to Morris to visit the Buddha Ariyamettaram Temple and then continue north into Goshen. 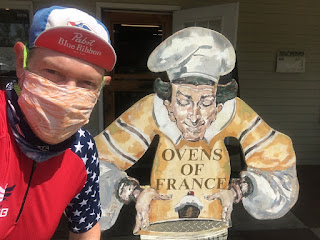 Originally the forecast was for thunder showers by mid afternoon but that changed to the evening so I was able to delay my start to later in the morning. When I has leaving the house I had my arm warmers and a base layer underneath but it must have been 65 degrees because it was so warm in the sun that I went back in and took everything off, except of course my new Team RWB (Red White and Blue) jersey. 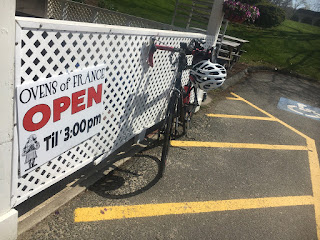 One thing to note, their hours have changed. There was a line of about 4 people outside but everyone had face coverings on were staying 6 feet apart. 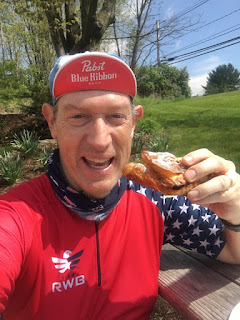 It was worth the wait. I got the biggest Chocolate Almond Croissant, too. It was a meal! 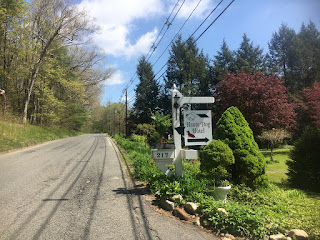 After another breakfast I started riding the backroads towards Middlebury trying to hit roads that I haven't ridden before to add to my Wandrer total. 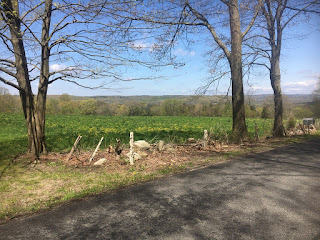 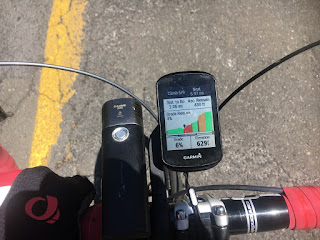 One thing I love about my new Garmin Edge 530 and the Climbpro feature. It tells you the grade, how far you have to go on the climb and how much there is left to climb. It only works on routes that you have loaded and are following.  On this ride I was heading up Hickory Lane and there is new color that I have never seen before, a maroon band. 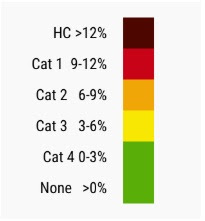 Garmin needs to add another color this - black, for anything over 20%. It seems though the grade calculation appears to be exaggerated. The maroon color says the grade is over 12%. Unfortunately, Garmin Connect doesn't let you see the grade after your ride. 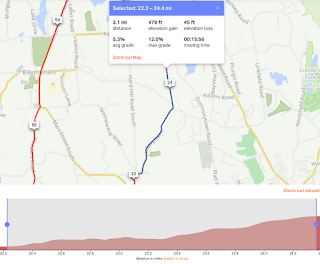 Looking at Ride with GPS on this section, the max grade is 12% but if I remember correctly Garmin displayed the grade around 15%. 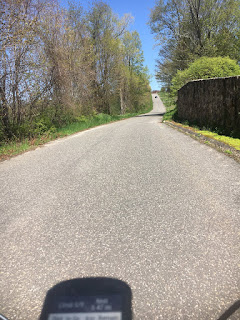 That portion of the hill in front of me does look pretty steep! 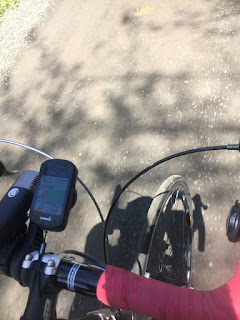 One routing faux pas was that I didn't know this road turns to dirt and there was no alternative so I took the Bondeye on a first road for the first time since I bought this bike. 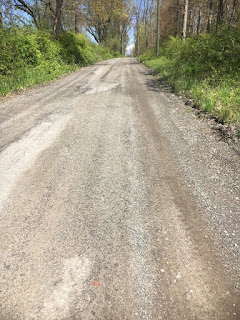 If figured since I was climbing and going slow that I wouldn't have a problem and I didn't. 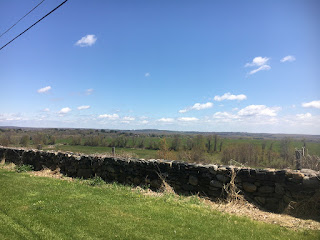 Another great view, this one from Benton Road in Morris 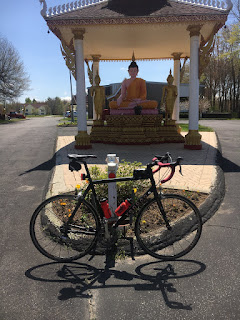 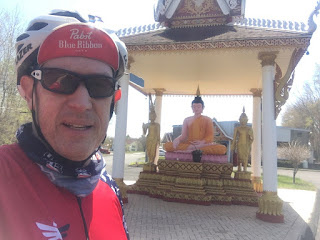 The ornate artwork for this temple was amazing. 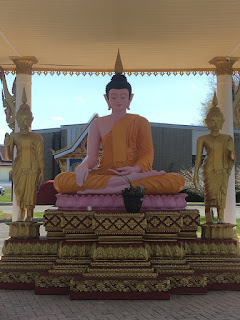 I can't believe how many times I have ridden past here and not have noticed this. 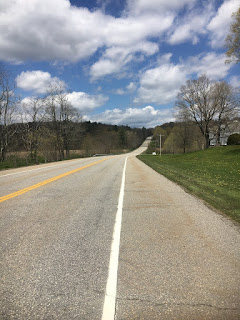 From the Temple I rode north on Rt 63 through Litchfield and onwards to Goshen. 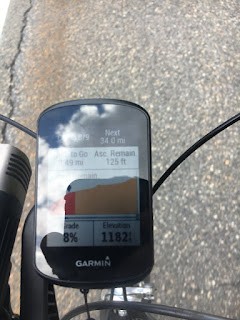 What I found totally ironic about this route was that there were 9 climbs calculated by the device and the 8th one was right before Goshen. That meant that is literally downhill all the way back to River Road in Southbury with the last climb being from the Steel Bridge to the Boulevard. 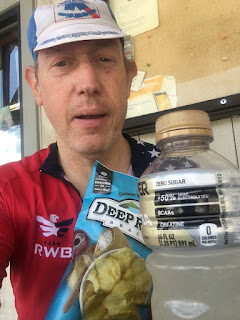 In Goshen I had lunch at the Shell Station on Route 4 consisting of a bottle of Powerade Extra with Salt and Vinegar potato chips. Then I road Route 4 and eventually turned south to head back to Southbury. 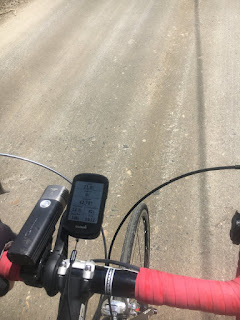 A few miles down the road I discovered another mistake in my routing which had me on another dirt road.  The funny thing is that I looked at my Roubaix to Brew dirt road map and thought this would be OK. I missed something, obviously. One thing I have found with planning routes with Ride with GPS, is you really need to view the course step by step because it seems to make decisions for you that you may not agree with.  I don't think this dirt road was the fault of the RWGPS routing interface, but I have had other issues. 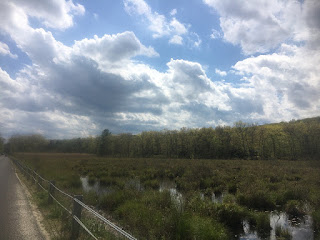 By 3 PM the clouds were starting to role in.