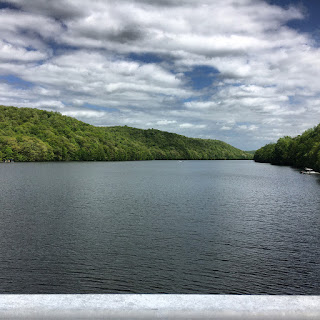 We had a half day on Friday for the start of the holiday weekend. I changed packs on the CAADx because I wanted to ride to Kent Falls Brewery, buy a four pack, drink one and carry the other three home. Much easier than a growler. 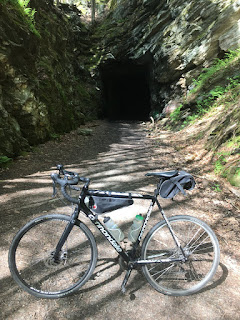 My original plan was to ride the Shepaug Railroad bed from Minor Bridge in Roxbury and then up Walker Brook, over to Bear Hill and then ride in from the west. However, when I went looking for the start of the rail bed I was met with a lot of No Trespassing signs and didn't feel like back tracking to the singletrack so I rode up to River Road instead. 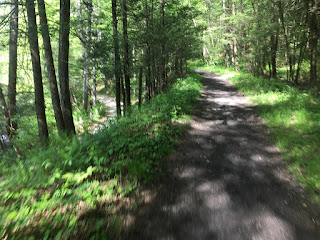 I figured I would make better time riding up through Steep Rock and then up Bee Brook, over to Waramug and then drop down to the brewery. 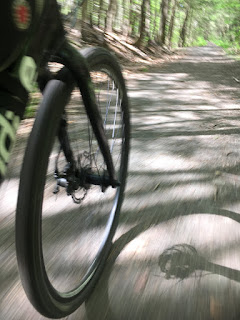 Steep Rock was pretty empty but then again it was a Friday afternoon. 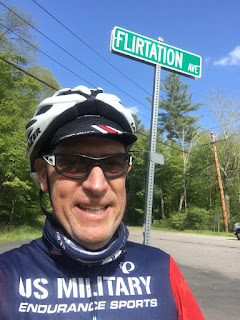 I decided to get a little flirty 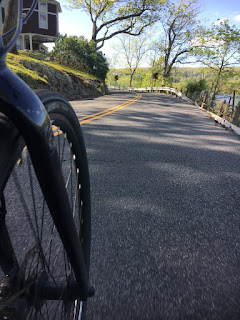 Lake Waramug was looking really nice.  The town beach was pretty full. Didn't see any masks and people were kind of close to one another. 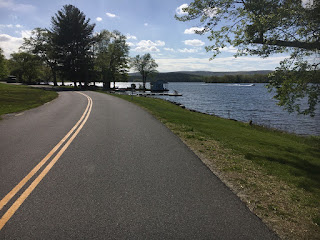 There is little or no cell service at the brewery so I had stand outside near the tap room and log onto their internet to make my order. I realized I forgot to bring a credit card and they weren't taking cash. Fortunately, they took Apple Pay so I was able to pay with my app. 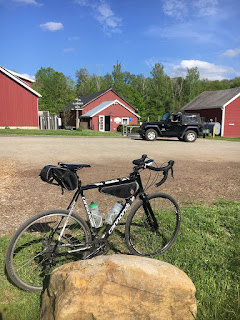 Since I wasn't in a car I had to wait on the other side of the lot until the woman working there brought out my order. I took one can out and put the other three in my trunk bag.  I found a nice shady place to relax and have a Danny Boy. 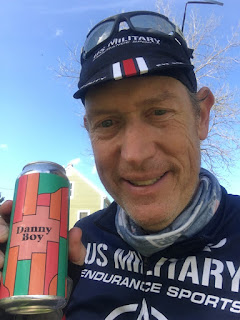 It's a German style pilsner and under 5% for alcohol content. 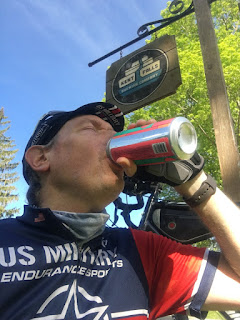 Perfect for a ride! 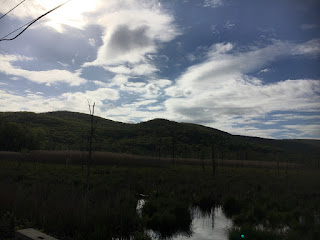 Iron mountain off the north 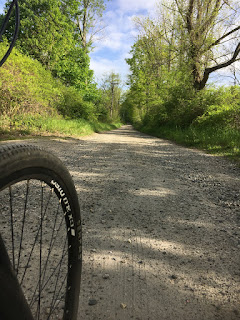 I have ridden down this road, Frenchmans, 3 or 4 times in the other direction but riding it this way is so much better. Coming in from Chermanske, you have a short, steep punch climb but from this direction is more drawn out enjoyable. 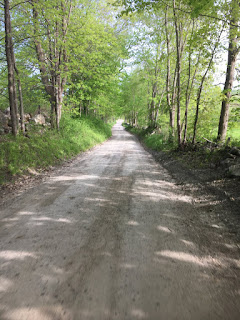 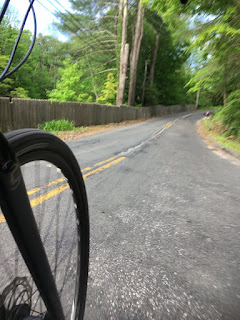 Bear Hill and what a bear that hill is!
It's short little wall. According to RWGPS its a 13% grade
but I think the Garmin said it was 19% and with road gears on a cross bike it felt like 19%! 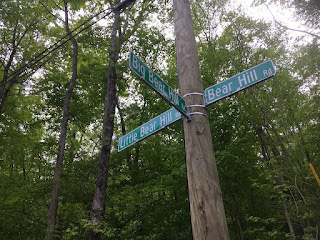 All that's missing is Goldilocks! 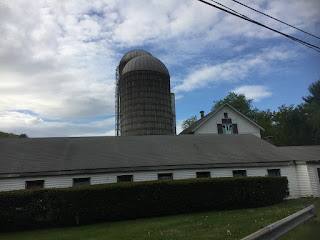 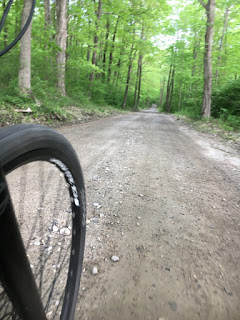 Walker Brook is fun in either direction but heading south is so much better. 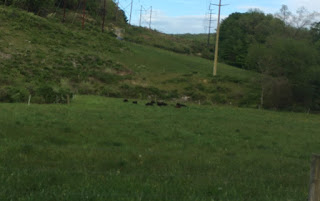 The cows were out but a little distant 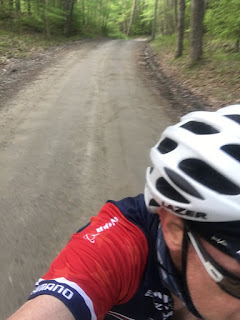 As I was coming down Walker Brook I had a decision to make, back track the way I came and more miles to my ride or test myself with a climb up Judd's Bridge with road gears and three pints of beer.  I went for the climb. The interesting thing is my Garmin said it was a 17% grade but on RWGPS its only 13%.  It definitely felt steeper than 13%. I passed two cars going the other direction and they both stopped to cheer me on. 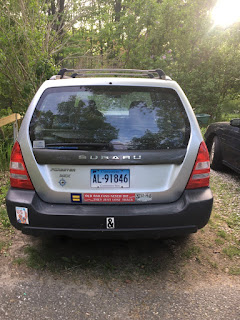 I saw this great bumper sticker riding through Bridgewater. 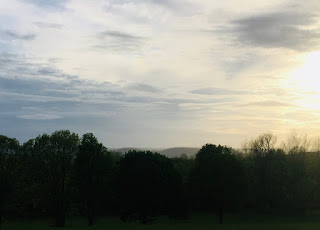 Rain wasn't supposed to start till 9 but off in the distant it looked like it was already raining.