My Sister-in-law conspired with my wife to give our daughters some time together after they both have been secluded in our houses for so long due to the Pandemic. My daughter and I drove up to Spencertown. There are a lot of dirt roads up in Columbia County but if you stick to numbered county roads you can avoid the dirt. I planned a route from their place, up to Stephentown, over the Brodie Mountain Road and then back to Spencertown. 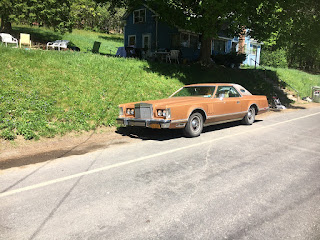 Riding up County Road 295 we came across the is pimp Lincoln Continental. I immediately thought of Huggy Bear but later I found out he drove a Grand Torino. Still, those opera windows on the side remind me of my Grandmother's Lincoln. It was blue with a white top and had the softest leather seats. 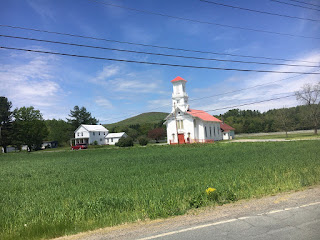 Will I and discussed the meaning of life as it pertained to Strava and Clmbpro on the Garmin 530. We both agreed that paying for Strava is still not worth it. To me it would only make sense if I was so competitive that I needed it for training but ironically Garmin Connect gives you all those features and more, although they are not as in depth as what you see in Strava. 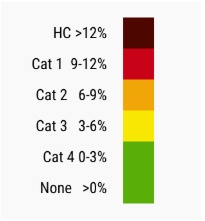 The issue about ClimbPro that we both find frustrating is how the grade profile shows red (9 to 12%) but the actual grade could 4% and it's still showing in the red zone. Is that the Garmin not keeping up or is there some other flaw. The other thing that is frustrating is when you are still 3/4s of the way up a climb and it says Climb Complete! But I am still climbing here! 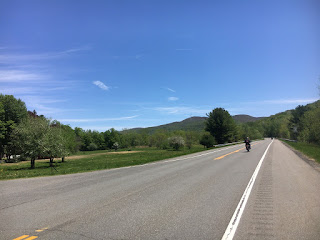 It Strava were to offer a cap or socks and a yearly price that would save a little month by month then I would probably do it but after 3 years of pushing subscriptions and now going whole hog I don't see anything happening from them. 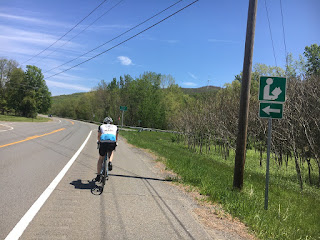 After Stephentown, we rode into Hancock, MA and we got our first view of the Zephyr, Jiminy Peak's wind turbine. 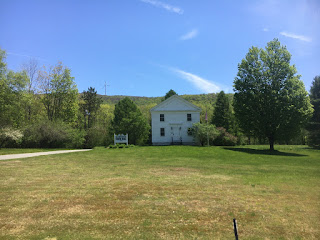 You can see it from the town hall 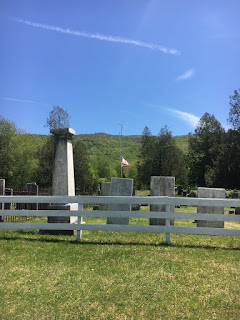 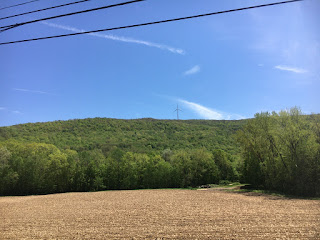 and the last farmer's field before turning onto Brodie Mountain Road 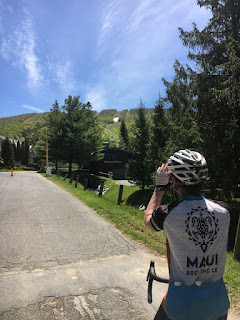 Before we started the ride I wondered aloud whether Jiminy Peak still had any snow. Will said no way. 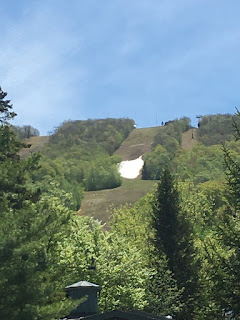 Sure enough, there was a big patch left on Whirlaway! 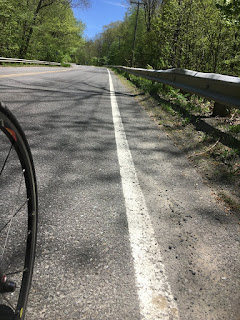 Then the long slog up Brodie Mountain Road started 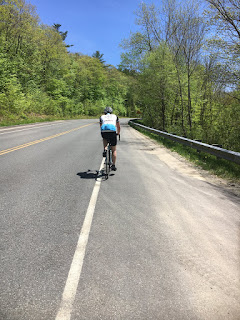 Which took us to the highest point of the ride, 1,651 feet above sea level. 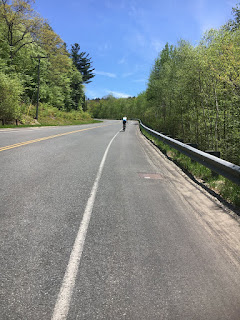 On the other side we had some screaming down hills. There was no way to avoid riding on Route 7 unless you wanted to ride dirt roads. Eventually, the route went away from Route 7 and something that I didn't catch was that Miner Road was partly dirt. Fortunately it was compacted enough from the previous night's rain that it was buttery smooth. 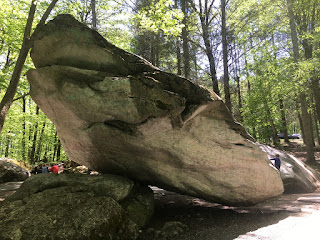 We ended up having lunch at Balance Rock.
It's incredible to see this rock pitched on top of another rock as it is and never moving or have been moved. 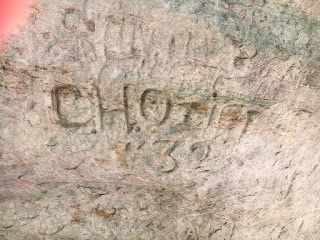 The engraved graffiti was interesting, going back to 1932! 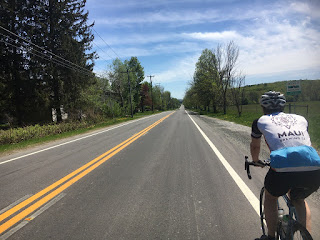 The ride back to New York was awesome because he went down Route 41. It's a gradual descent with numerous rollers making it a fast way back. 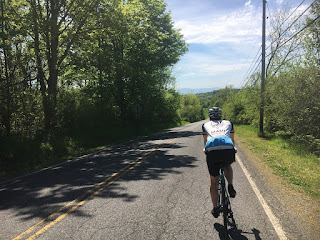 Of course there was a climb back over the ridge for Spencertown but it had some great views of the Catskills. 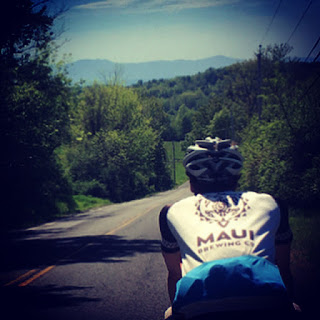