I dusted off the CAADx this weekend and decided to take it out on a ride after work. This bike has primarily been my commuter bike but since I am no longer commuting I figured it needed some loving. Of course having fatter tires meant that I should try and hit all the dirt roads that I possibly could this evening. 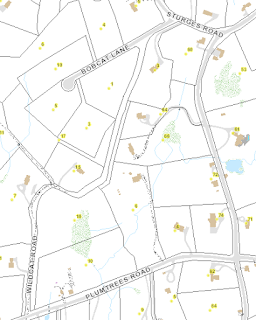 On my last mixed terrain ride through this area I found Sturges Road impassible so I took it off my map (Roubaix to Brew) and I had once prior looked for the Wildcat Lane ROW but didn't find anything at the end of the Bobcat Lane cul-de-sac but I recalled looking at the town GIS map and seeing that is still listed as a ROW and now that I know where to look for it, I found it this time and gave it a shot. One note, the trail starts on the other side of the grass. 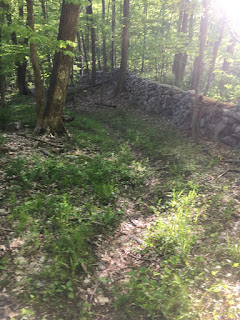 There are few trees down that interrupts the flow. Some you can hop and others are too big or too high. Might have to ride through again with a hand saw and cut a few so that you can at least bunny hop them.  Once I was on Plumtrees I started looking for a trail to access Newtown Forest Association's Brunot Preserve but didn't see anything. I did find a somewhat obscured entrance to the neighboring Bethel Land Trust and it's buff trails were easy to ride. 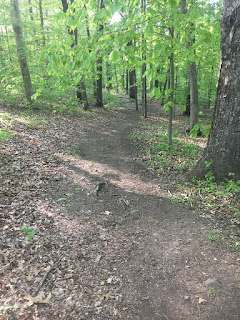 The separation between the BLT trail and the Brunot Preserve is the yellow chain stretched between two trees.  The Brunot Preserve was donated by the James Brunot's family in the 1970s and he was the guy responsible for introducing the world to Scrabble. 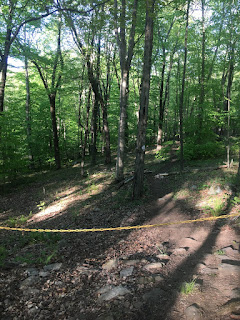 I rode here 15 years ago and it was absolute crap. The trails were savaged by ATVs however, what I found today was a much more improved trail system that I think another visit, this time with the mountain bike would be in order. Trails were pretty buff and no longer rutted out by ATVs. I remember losing the trail once out of the fields but now they are clearly visible and blazed, as well. 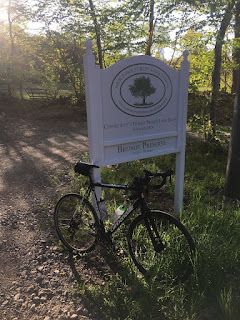 The main trail that dumps you out to Taunton Road goes through a hollow and at the center of it is big mud bog. There appears to be another trail that entirely bypasses this area but its fall line and hike-a-bike. Probably better on a Mountain Bike. The map on the NFA website is absolute crap.

Next I rode to the top of Holcombe Hill which commands one of the best views looking north towards New Milford. 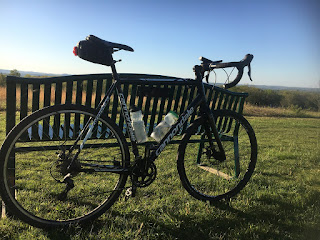 One thing I realized about the CAADx is that it is geared 11-28t, which is not the best gearing for riding trails, something I will have to rectify soon.  From Holcombe Hill I rode down Scudder Road, across Head of Meadow and then up Shepards Hill. Once on the Fosdick trails I noticed that appeared someone had put sticks and leaves on the trail to deter bikers? Didn't deter me at all but its good way for a walker to twist an ankle. 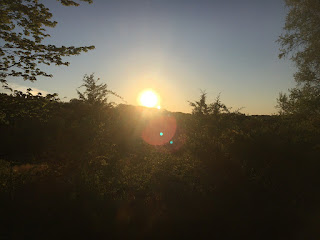 I looped around to the back side of Mt Nebo Road and then road a series of dirt roads that I ride regularly: Ox Hill, Beaver Dam, the Bentagrass connector, Point of Rocks, and Deep Brook. 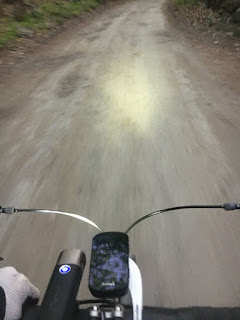 Closer to home, I cut over towards the State Forest on Echo Valley and if there is time will take the Brody Forest Road back to Hanover Road but othe temperature was dropping fast and I was starting to get cold. I took Sanford Road instead.