I headed out of the Bat Cave on the CAADx to Pond Brook Road and then made my way south through Bethel by way of Cod Fish Hill. My goal this evening was to hit Old Poverty Hollow. There aren't many dirt roads in between unless you want to ride through Huntington State Park. 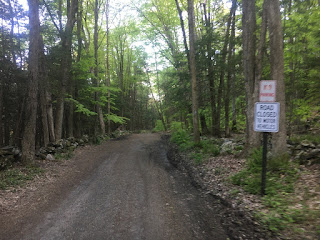 Old Poverty Hollow is a gravel paradise. It's mostly flat, rarely do you see anyone else on it and there is a really nice place to stop towards the end with a nice view of the stream running through. 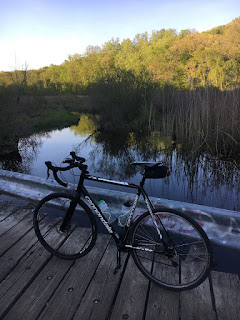 Riding through here is one of the two routes that I for bike commuting. On the way in, if I am riding this way I can get three dirt roads in on my way to work: Head of Meadow, Old Forge and Old Poverty Hollow. I seldom come back this way because it's longer and usually I just want to get home after work.


Working my way back towards Newtown, I went up Mountainside Road which turns to dirt half way up the road. According to the old topo maps this road used to go through to Jet Brook Road in Newtown. While the old ROW is nearly impossible to ride, that is if I didn't have road gears on my cross bike, there is a nice little trail system off to the west. It looks like a dirt bike track and what I found is it too comes out on Jet Brook. Have to try it in the other direction some time.

Jet Brook pops out onto Castle Meadow and the next abandoned road I wanted to try was Maltbie Road. 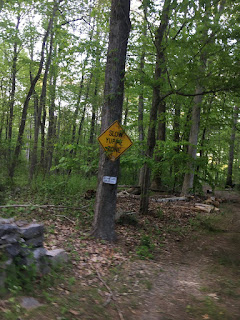 On the way up Maltie I noticed this sign which is kind of a conundrum. Does this mean that you should slow down because there are Yuppies about or this is an area for slow Yuppies. Very similar to all the Slow Children at Play signs. 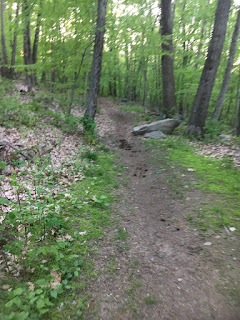 The Maltbie ROW is a hidden gem that I can't believe that I have overlooked for so long.  Looks like it gets some horse traffic, too. 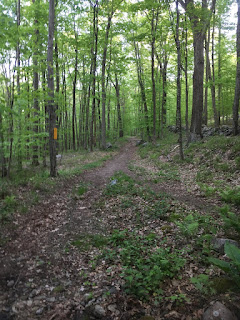 The north side is bordered by Newtown Open Space and I didn't see it but apparently there is another abandoned road that intersects it as well. 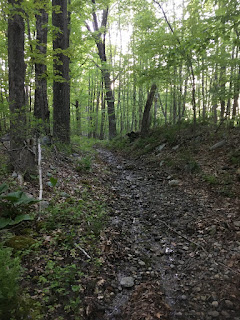 And then there is a stream running through the middle of the trail. 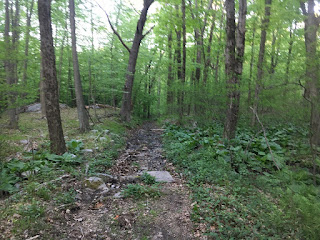 But since it's open space to the north (left of the picture) there is the possibility of building a reroute. 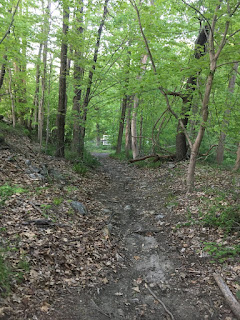 The climb out doable but a little sandy.  Eventually you come out on to Hundred Acres Road. From here you have a couple of dirty choices to choose from: ride around to Mt Nebo and then come down Ox Hill, ride through Cherry Grove, or ride to Beaver Dam. 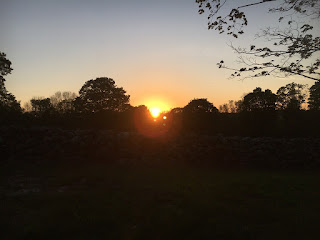 I took the latter route and did my normal route home: Beaver Dam, Bentagrass, Point of Rocks, Deep Brook, and then Old Echo Valley to Sanford Road.