Working my way to Waramug 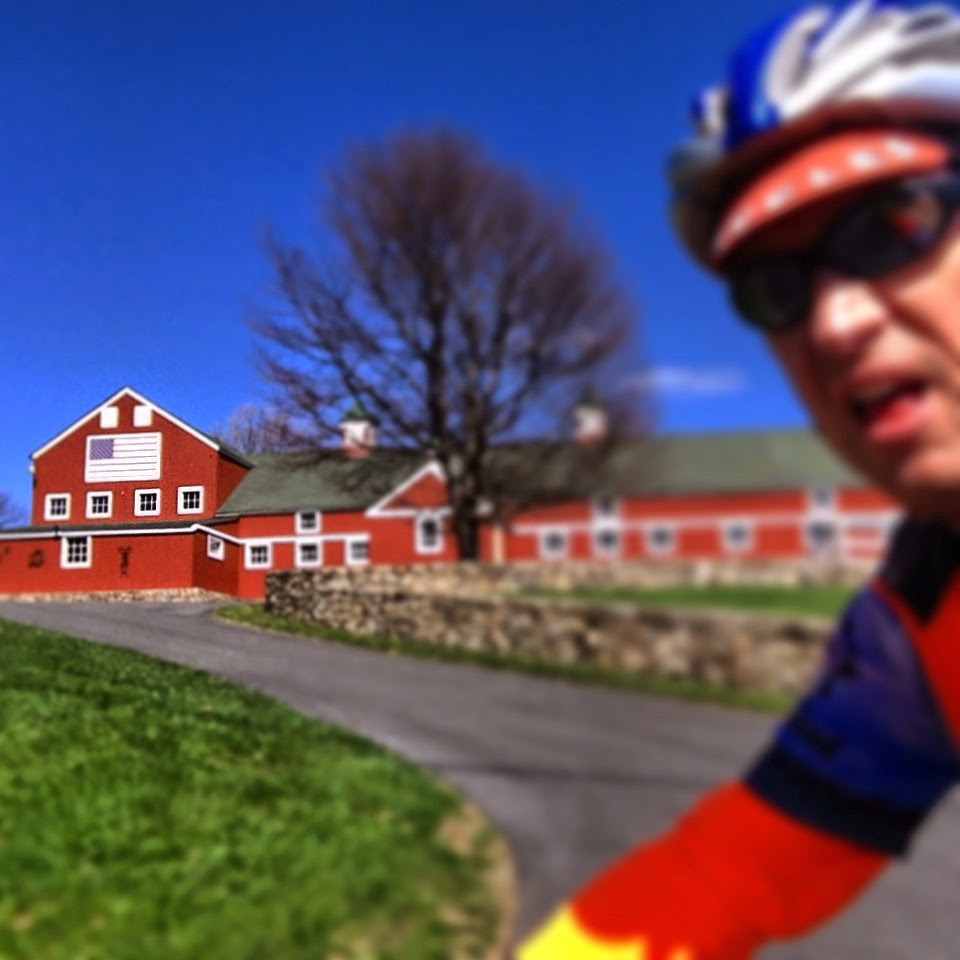 When I got up Saturday morning it was 30 degrees and it felt the same, if not colder, at my son's 9 am soccer game, probably because of the northerly wind. By the time we got home the temperature gauge said it was 50 degrees.  A few hours later, temps moved another 5 degrees.  I waffled a bit on what to wear, and only screwed up on shoe choice.  Brought extra stuff for the ride home thinking later in the day, coming back from Waramug is was going to be colder. 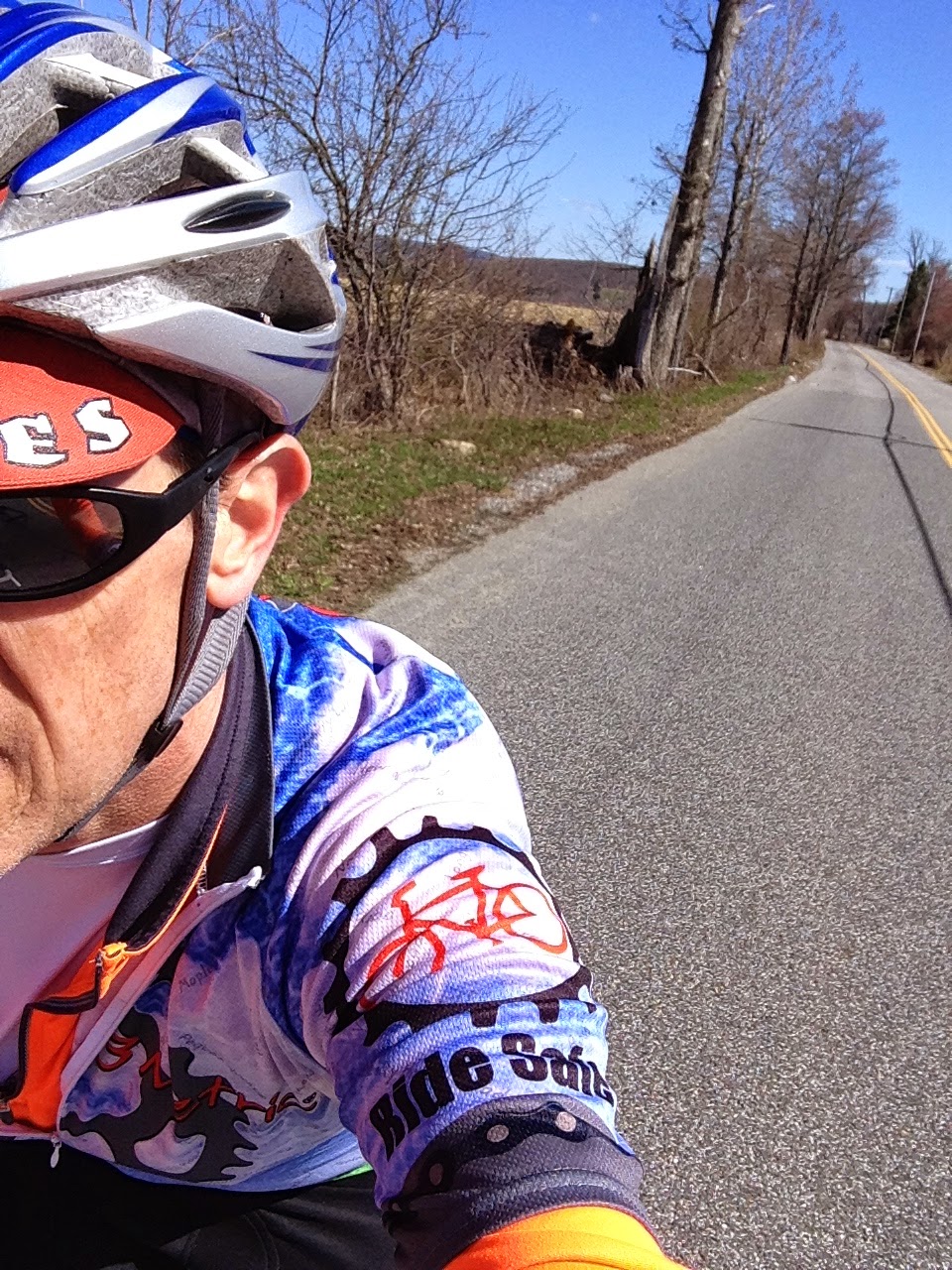 By the time I got to the top of Old Ridge, I was feeling good but thought I was biting off more than I could chew, so I altered course and took Rt 109 towards Washington Depot.  That is a scary road because a fellow rider was killed on this road just last fall.  He was riding west and probably picked up quite a bit of speed coming down a steep descent before Kimberly Farm when someone pulled out from the farm and he had no time to stop or swerve. 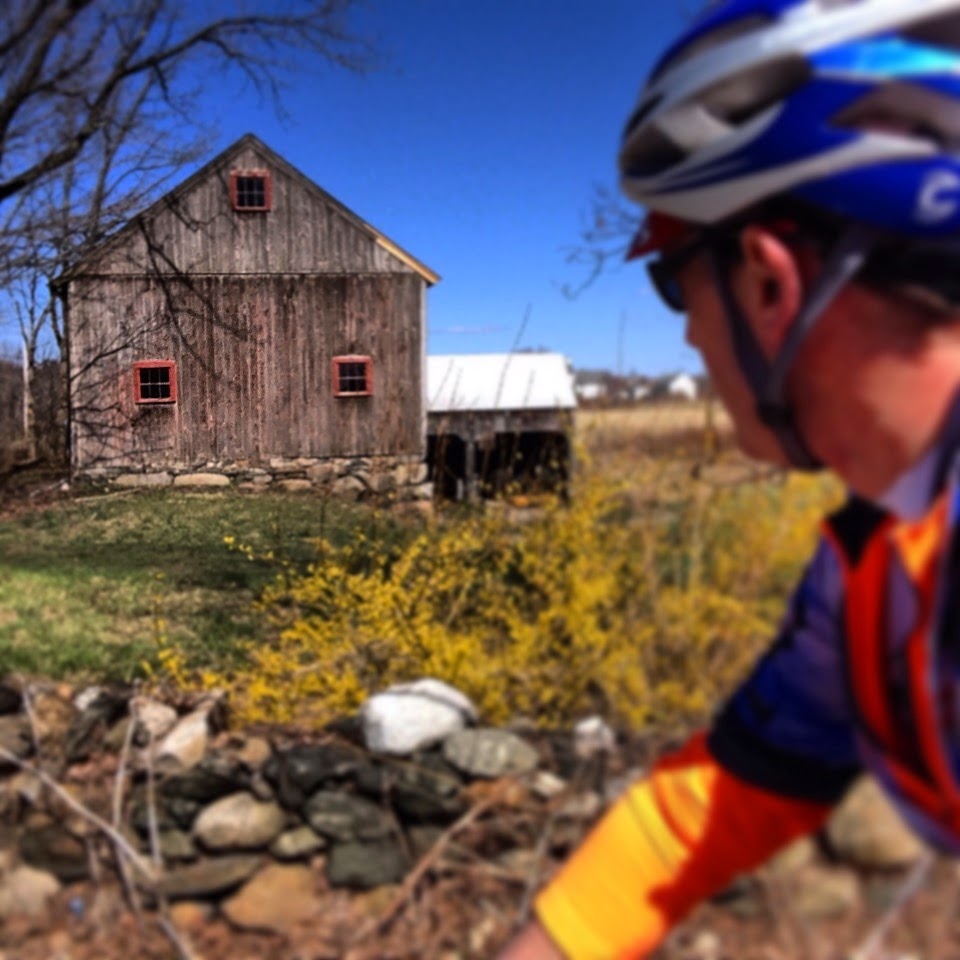 While riding up towards the Gunnery on Route 47 I spied another cyclist about 100 yards in front of me and it wasn't until I was a couple of miles into Rt 199 that I caught up to him.  He introduced himself as Randy and he lives in New Milford.  He was riding a Specialized Tricross with disc brakes, fatter tires, fenders, and all the right gear for a good dirt road ride. 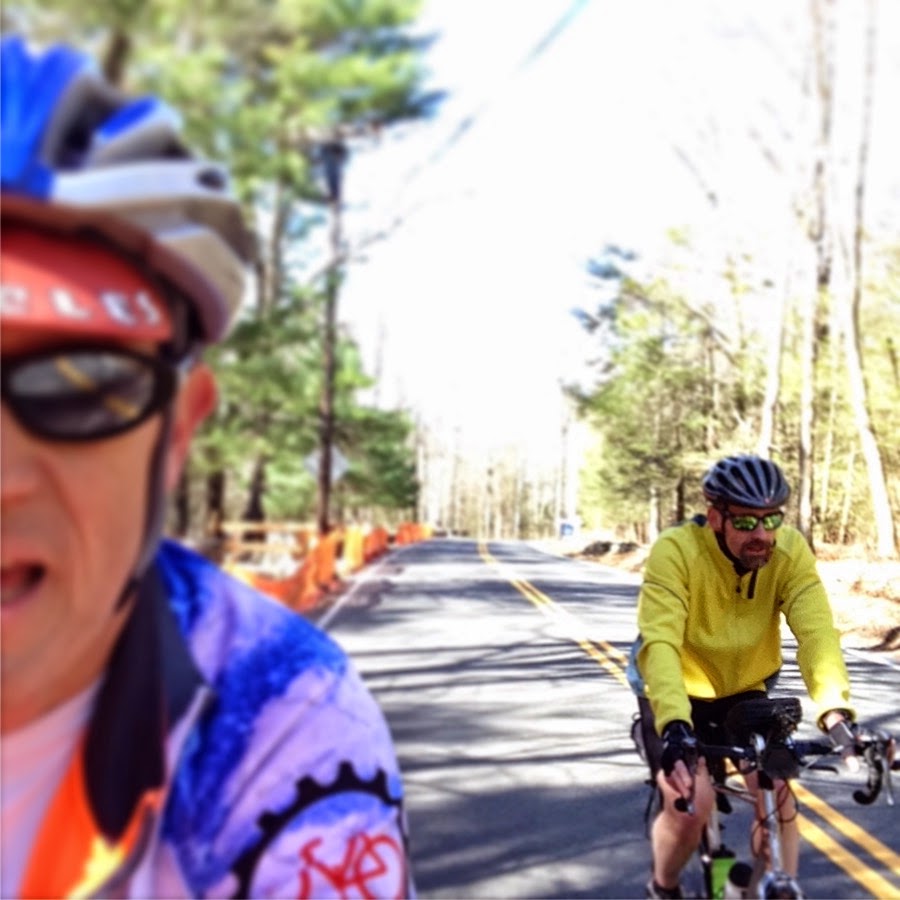 He said that he rode down through Steep Rock but the road just ended and so he turned back and came this way. I told him about the Shepaug Railroad Tunnel and how you can ride through it and keep going all the way to Tunnel Road and then on to Judds Bridge. I offered to show him the way and maybe that will be next weekend's ride, and shying away from Waramug, again, but hopefully I will have my new tires for the Crosscheck and good Gravle ride will be in order. 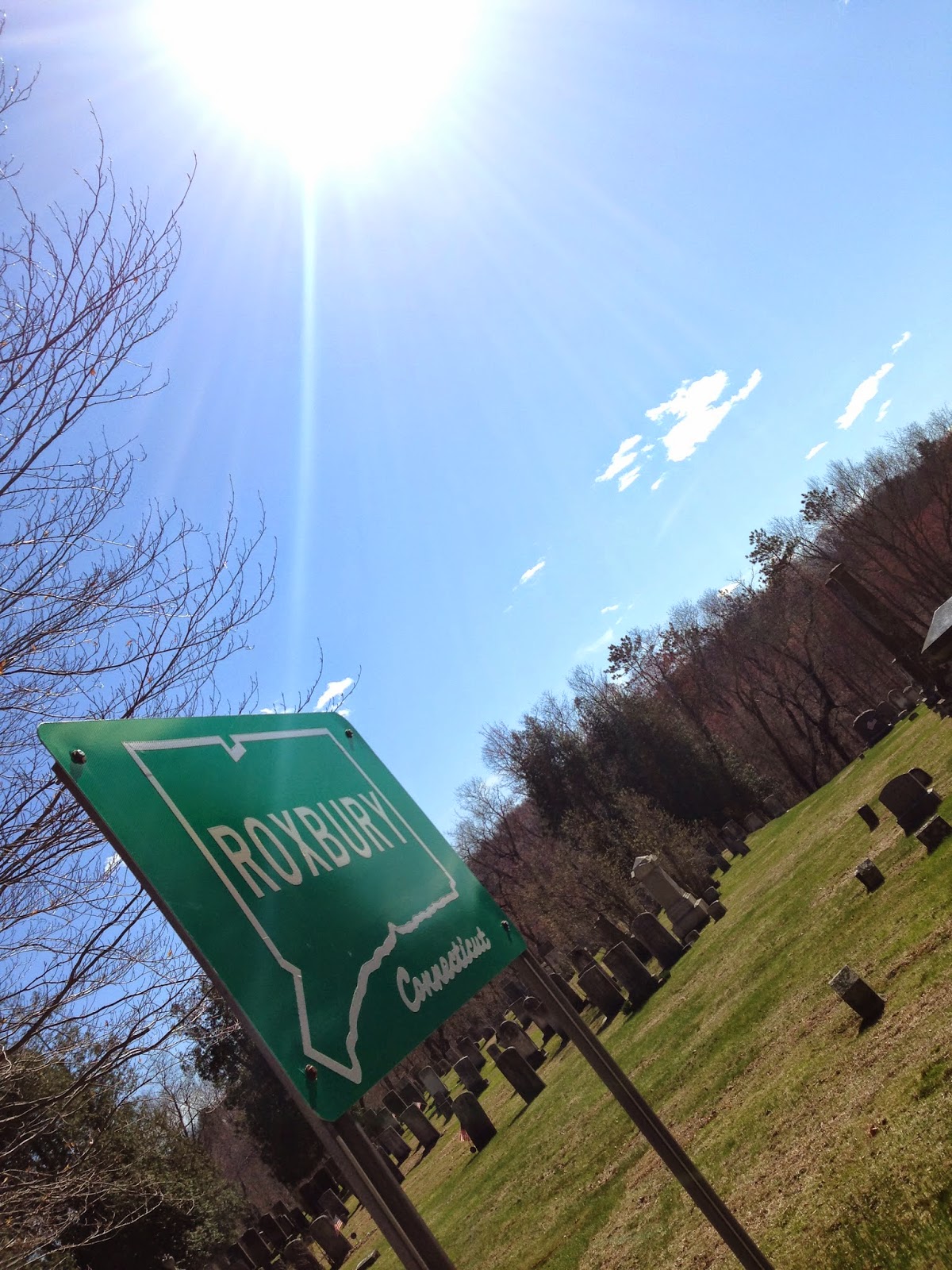 Randy and I parted in Roxbury, he went right on Rt 67 and I went left through Roxbury.  Didn't bother stopping at the market because I had plenty of energy.  In fact, all I was doing was drinking water the whole ride. I decided to stretch out the route a bit and take Rt 67 all the way down into Southbury.  At one point I was out in the lane trying to avoid a rough patch when a car honked at me. I got over and then the motorist passed me well within the 3 foot rule and there was no body coming up ahead, either. I had some choice vernacular for his driving abilities. 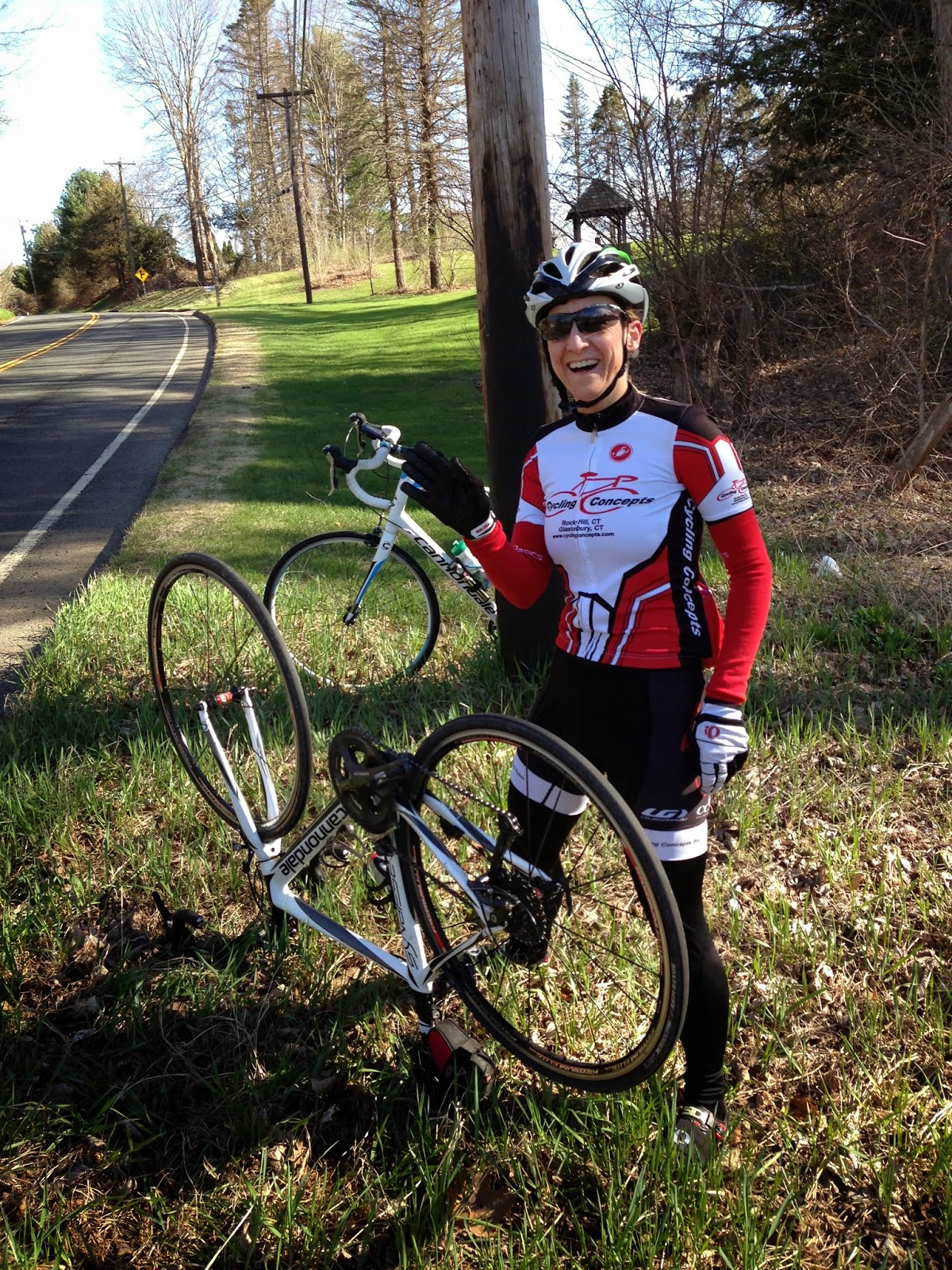 Further down 67 I came across a cyclist in distress and stopped to lend a hand.  Her chain dropped off the front ring and was stuck on the inside of the ring and the frame and she couldn't get it out. While she turned the crank I pulled on the chain and we were able to get it unstuck! She was riding the Carbon Fiber version of my bike. 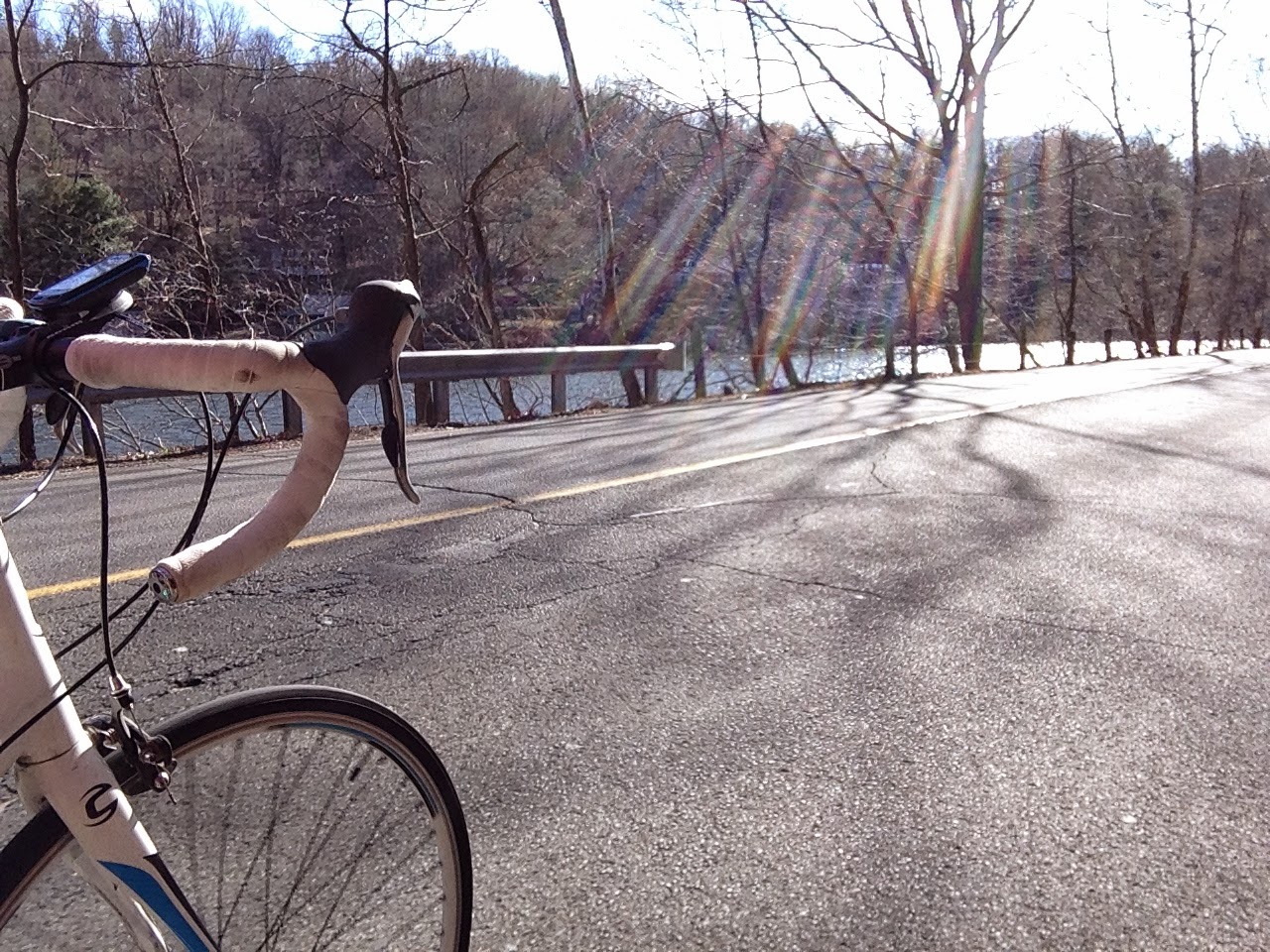 The ride along the river back into Sandy Hook was stunning and then I headed up to the center of town and then home. After 41 miles, I felt great and can't wait for next weekend's ride which will either be to and around Lake Waramug or some Gravle. Despite the change in route, my hot feet, and the anxiety of my job going away and what am I going to do next, I had my Velo Wa and helping a fellow cyclist out on the road was further icing on the cake for a great ride on a beautiful day!
at 9:08 AM