A couple of weeks ago, a reader contacted me saying that he had some cycling bags and other accessories laying around the house that came from his brother that he didn't have need of and wanted to know if I would like to have them.  Not one to say no to free stuff, I said sure.  We got to talking about cycling and it turns out that Cliff and his family used tour all over the country on their bikes and he shaded with me a wealth of knowledge about touring and cycling. 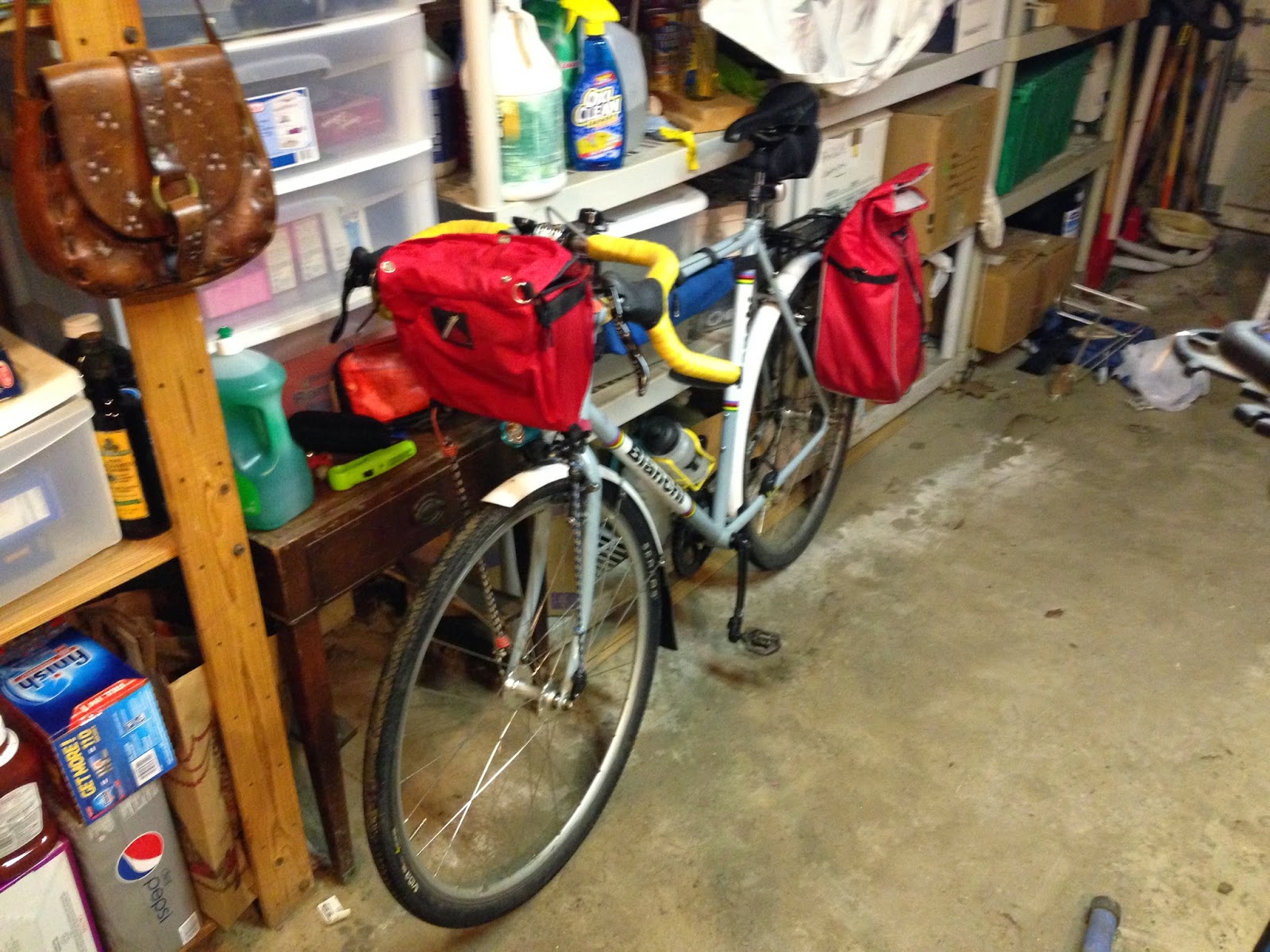 The box I received from Cliff, contained a Vintage Cannondale Casey handlebar bag, another Vintage handlebar bag made by Ventoura, a front rack from Veta and a very interesting bottle cage from Minoura which was labeled as a Pet Bottle Cage. Basically, it's a bottle cage made for holding soda bottles that are at least a liter.  However, what drew my attention the most was the red Casey handlebar bag because I thought it would look really good on the Bianchi and go with Banjo Brothers waterproof pannier. 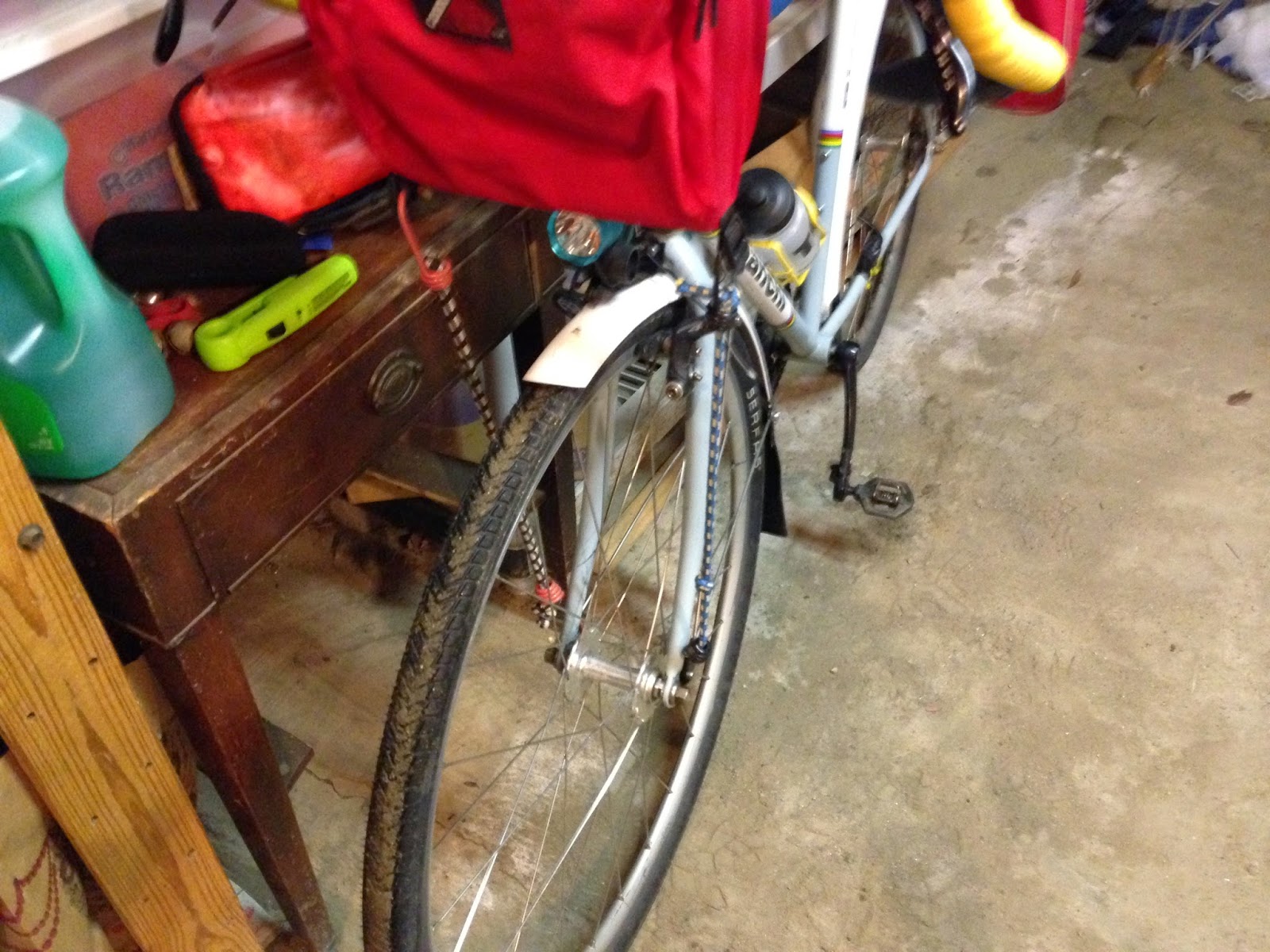 The Casey only came with one strap and I thought about using the straps from the Ventoura but then I thought that a bungee cord would work better because I need a hook that will will grab onto the end of the fork because I don't have another eyelet to use.  It worked great!  However, I still might cannibalize the straps from my yellow Vintage Cannondale Casey handlebar bag because I know they work with my setup. 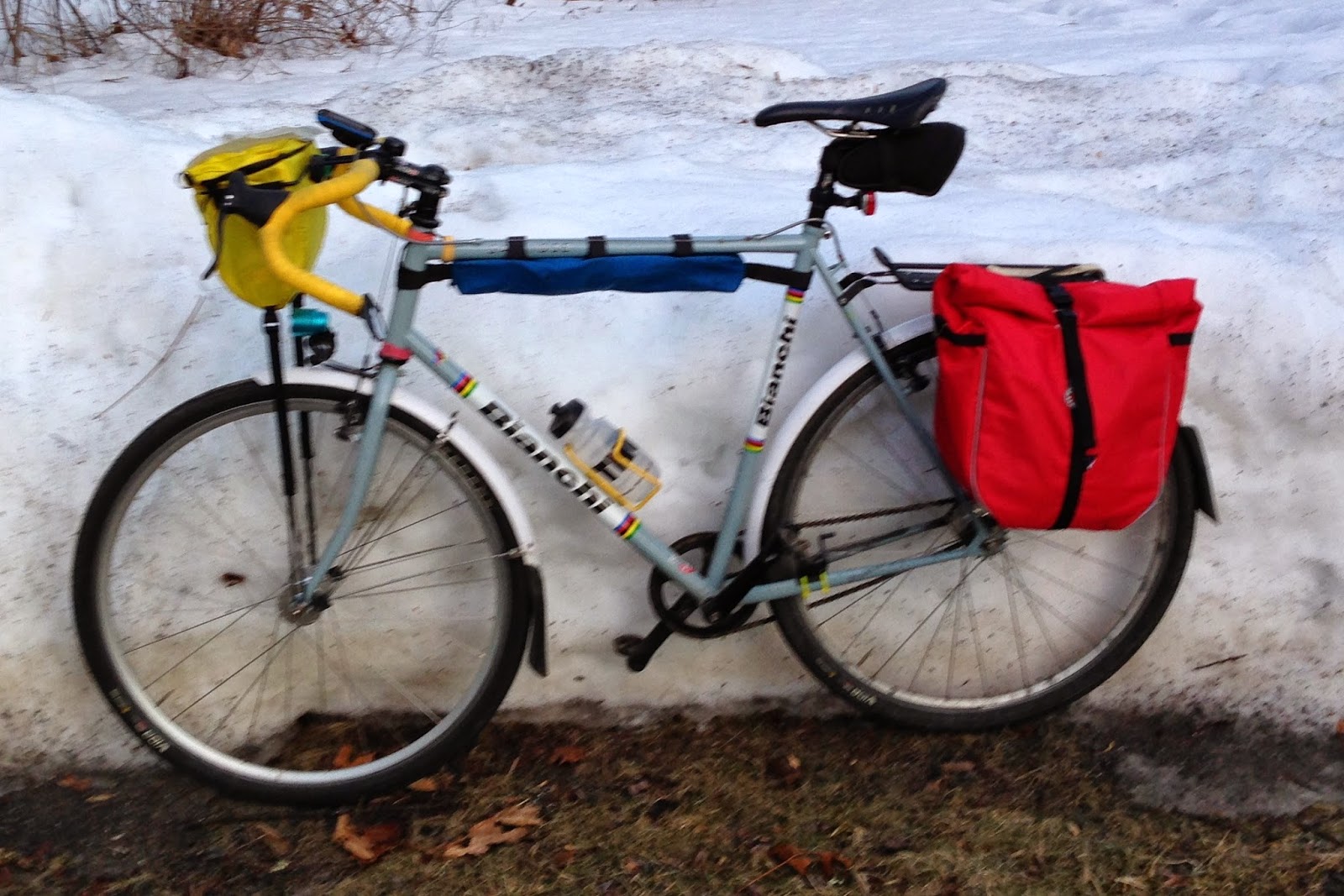 I really like how the two red bags compliment one another on the bike.  The yellow bag with the yellow bar tape never really worked for me but up until the other day I didn't really have any other options. 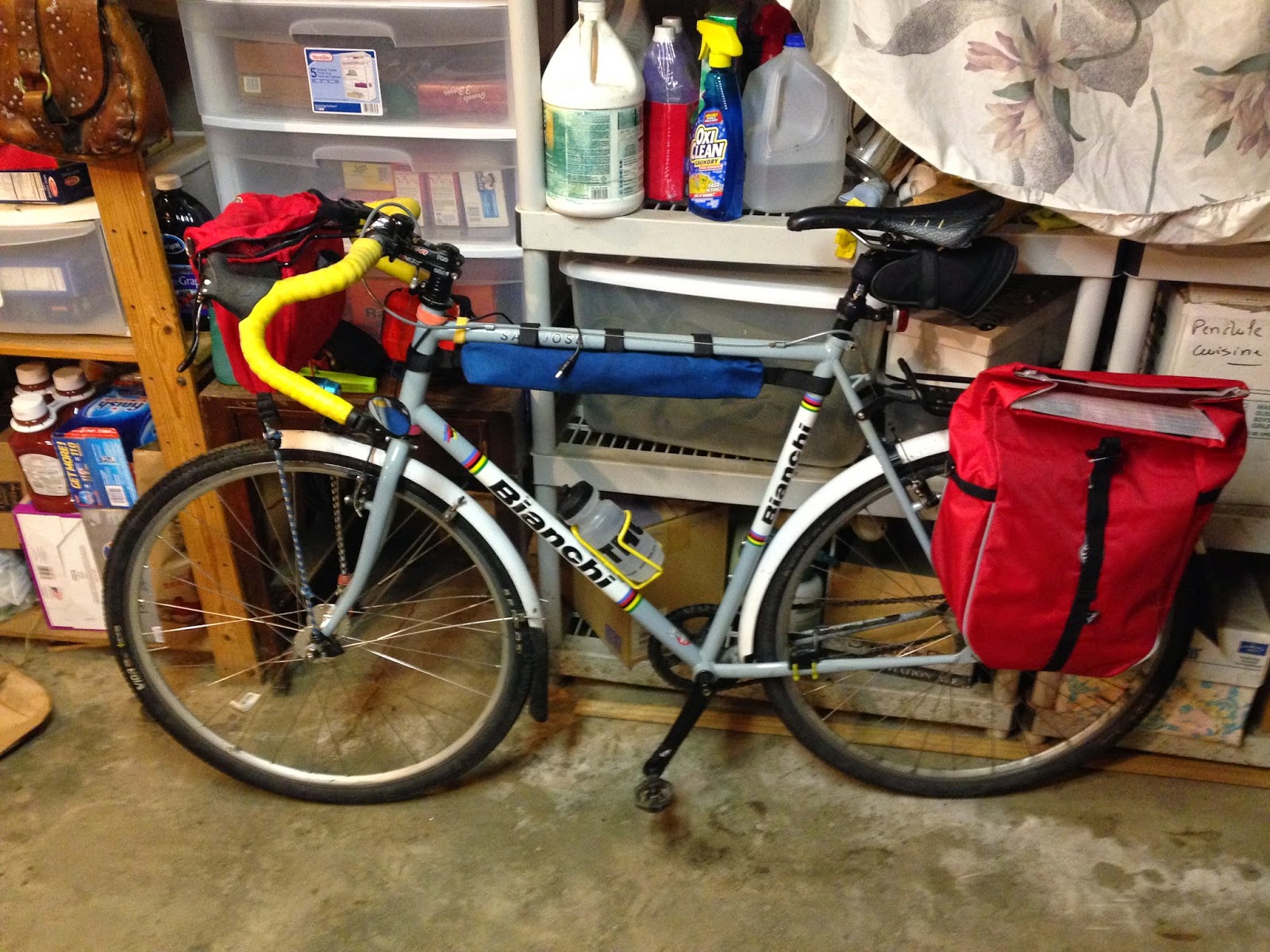 I can't wait to start working on the Ventoura bag next.  I will be putting in a call to Wolfpit Iron works to have another handlebar bracket made and I will have to get serious about the light mount I want to put on the Surly, so I can start doing some night gravel grinder rides.
at 6:20 AM