Wipe out at Wadworth 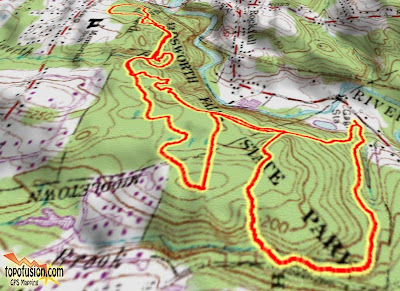 I wasn't planning on riding before the CT NEMBA chapter meeting but it was so beautiful out Wednesday morning that I quickly threw my Kona Unit on top of the car and my riding kit in the back - Carpe Bikem! 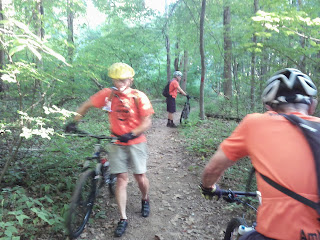 The Kona was rocking, despite the creaking bottom bracket, and thus I got going a little too fast when I hit a root at the start of a curve on the red trail and rode the pony into the ground!  My bike looked fine but what wasn't so hot was my elbow.  There was a nice laceration about 2 inches long but it wasn't bleeding too bad despite being on the Rat Poison.  I was actually surprised which told me that it was merely superficial and there was no reason to end the ride early. 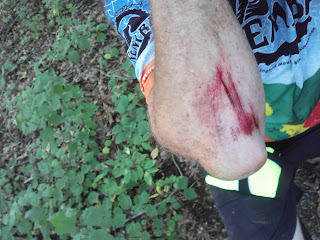 Got some lacerations on my right leg, too, but nothing was really that painful except for my tail bone.  I hit that hard and thank god for helmets because I hit that too!  I bandaged myself up and kept riding! 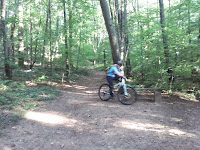 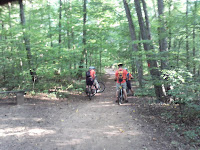 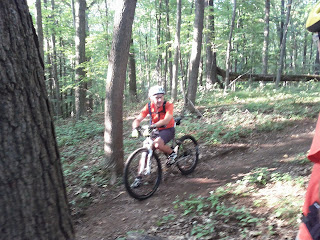 Upon returning home I called my neighbor, who is a medical professional, to see if she could look at my arm and let me know whether I should go to the clinic to get some stitches.  She wiped it down with Hydrogen Peroxide a few times and then made some quasi steri strips and patched me up.  Looks like next time I won't be throwing caution to the wind and riding without my pads because if I had them I either would not have fallen or the only thing that would be hurting right now is my tailbone.
at 12:00 PM