I found a really nice route through Newtown that hits most of the hills
and has some great scenery, too! 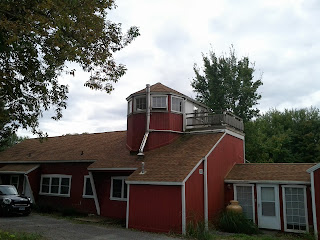 There is one grass landing strip in Newtown called Flying Ridge that was once the home of Robert Fulton, a local inventor who came up with the idea of using a balloon to lift up a tow rope for stranded pilots or sailors so a plane could extract them from their predicament.  The strip even has it's own little air tower built on top of a barn. 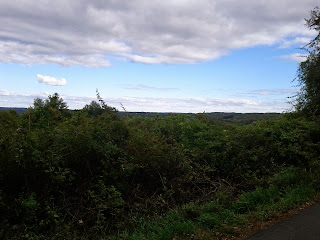 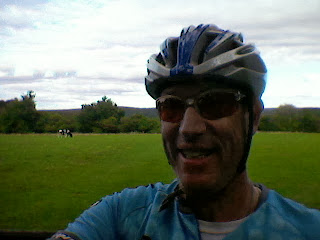 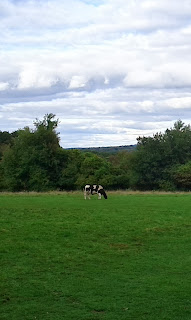 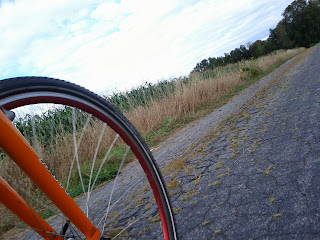 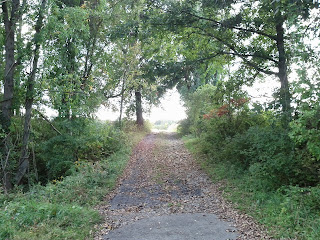 I love coming in on Old Farm Road.  It starts as a right of way and then turns into a crumbly, paved road 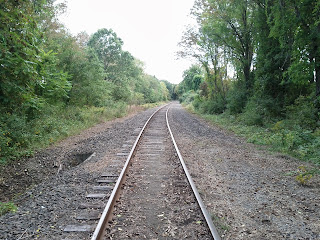 With it's own private railroad crossing, which I never understood why it's called a private crossing 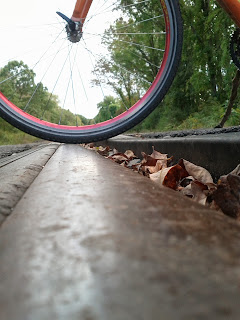 Always a joy to ride the Fredmobile 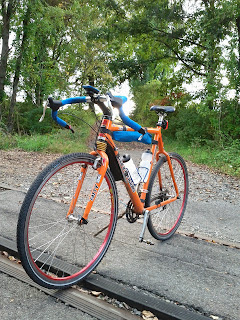 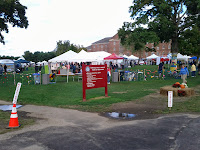 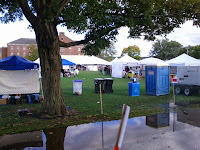 There was a crafts fair on the central field.
It looked like a good time but I was having more fun on the bike 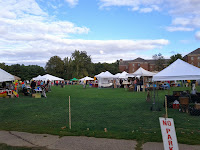 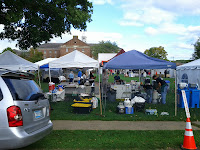 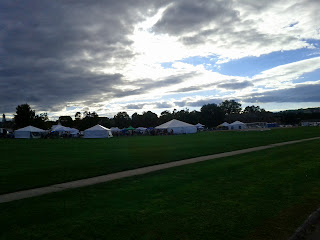 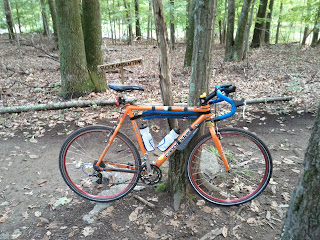 The trails at Fairfield Hills are excellent for cyclocross and I had no problem riding them!