The last section of my ride was from Millerton, NY back to New Milford.  At the recommendation of Terry Burke, promoter of the Western New England Greenway, I had lunch at the Irving Farm Coffee House in Millerton, NY.  I sat outside and chatted with other cyclists and people hanging out drinking coffee.  Like most coffee shops they had free wifi and here the single was exceptionally strong!  The Tuna Salad was excellent and I downed two Pure Cane Sugar soda pops, one Creme, and the other Birch Beer. 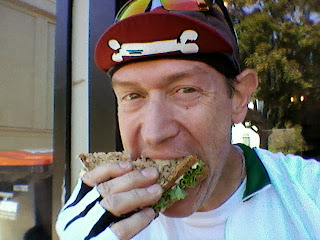 Then it was back on the bike and over to the Harlem Valley Rail Trail, Millerton to Wassaic, NY. 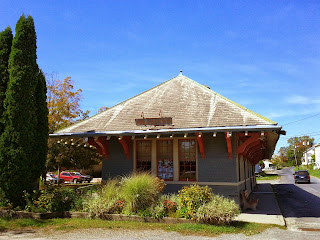 The Railroad Station is still there in Millerton and it's really cool. 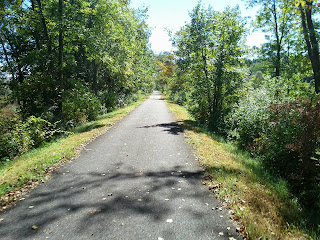 As for the Rail Trail, it's 10 miles of meh.
There are some cool vistas and one chilly hill cut but that's it.
No forgotten sidings or other stations. 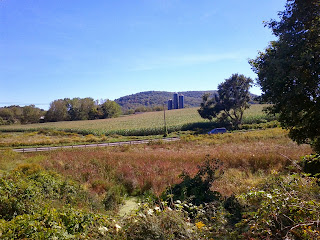 I did, however, ride with a German Exchange Student who was on a self guided cycling tour of the East Coast.  She started in Boston, went to Cape Cod and now was headed to Philadelphia.  We parted ways in Armenia.  I didn't get her name but she was from Hamburg and going to school in Texas. 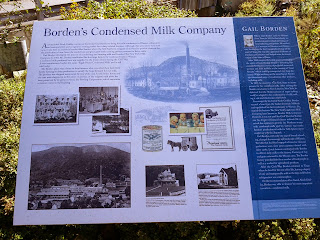 One historical fact that I learned in Wassaic was that it was the home of the first Condensed Milk Factory started by Borden's Dairy, in 1861! 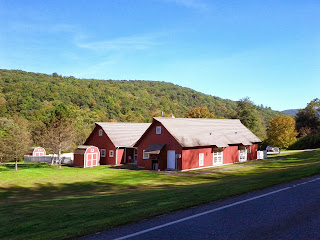 At around the 60 mile mark I decided to bag the climb up the backside of Macedonia State Park and head straight back to the car in New Milford.  I wasn't bonking but the give-a-shit meter was pegged and I was looking forward to downing some nice cold Oktoberfest beers.