In the shadow of Skiff Mountain

After getting rained on while marching with my son Elliot in the Newtown Labor day parade I decided to go on a little adventure by bike.  I usually would set up a course before hand using Garmin Connect and I had one to follow but I didn't think I had enough time for the course.  The highlight of the course was to climb Skiff Mountain which according to Strava is a 10.6% grade for a mile. 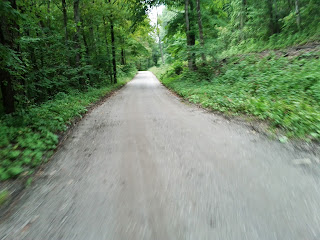 Instead I decided to explore and hit some fun stuff along the away, like River Road in New Milford which is a quasi greenway, shared use route that parallel's the Housatonic River. 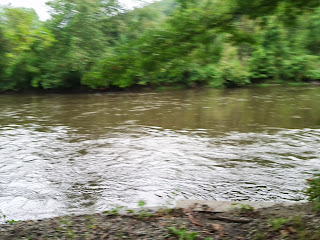 At the end of River Road is something worth checking out, a wierd structure known to locals as the Gaylordsville Cake House.  It's really a Spite House built buy a former resident who felt that the State screwed him over in a custody issue back in the late 60s or early 70s. 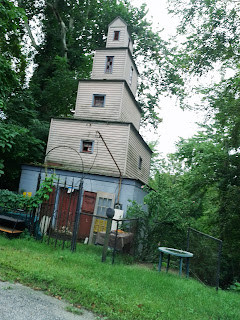 From Gaylordsville there is a bit of a climb up South Kent Road and then it's a carpenter's dream all the way to the center of Kent. 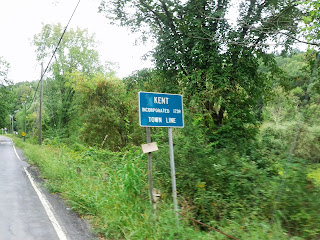 The route actually follow's the Housatonic Railroad line so there is very little grade change but it's kind of reminds me of riding in Southern Germany or Austria the way the you are riding between to pretty high ridges on either side of you. 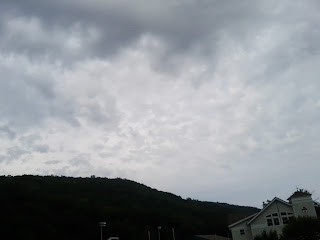 Riding past Skiff Mountain I knew that didn't have the time to climb it but it's something I am going to attempt soon.  My gut feeling is that it's going to be like Patten or Cooper Hill on the D2R2 100K course. 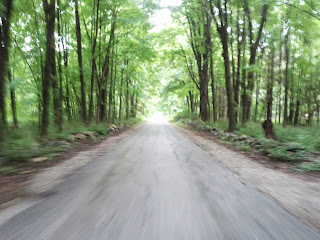 Then it was down River Road, which is both paved and dirt. 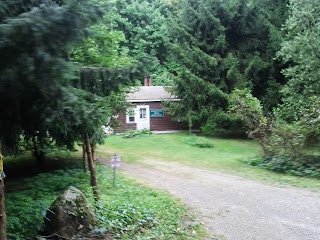 Past the Indian Reservation 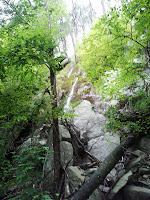 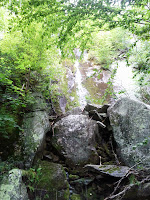 And a really cool waterfall 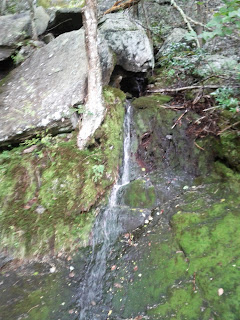 And then over to Bulls Bridge and the Appalachian Trail.  There were so many backpackers and hikers in the area.  Also Kayakers and swimmers but I couldn't imagine why you would be crazy enough to want to swim in that water. 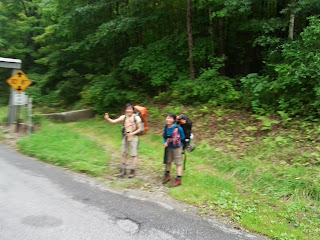 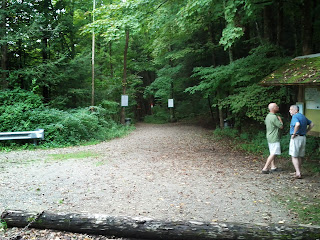 Appalachian Trail entrance - this looks like it would be a great place to ride! 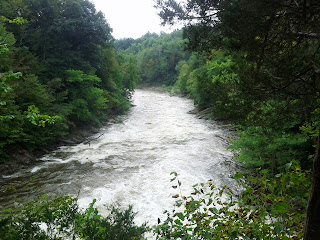 At the Bulls Bridge look out

Play this video to hear the roar of the Housatonic River! 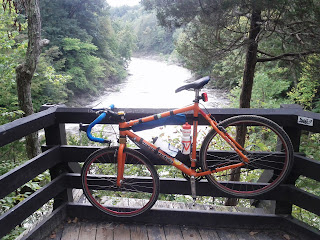 Riding back to the road I had to wait my turn to go through the covered bridge. 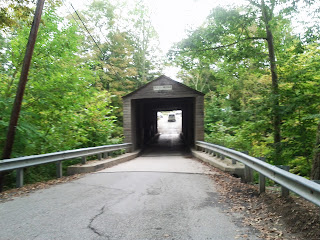 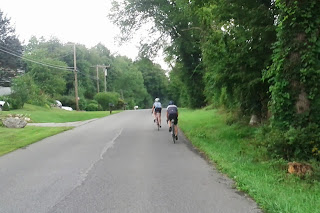 I rode with them for 20 minutes when we parted company, they were riding back to their B&B and I needed to head towards New Milford.  The road we were on was headed towards Warren and Route 202.  Maybe next time I will go that way and ride home via Washington and Roxbury.  Starting at Camp Road it beg raining and we got soaked but further down West Meetinghouse it was bone dry so that must have been a localized cell.  Still, enough to get soaked. 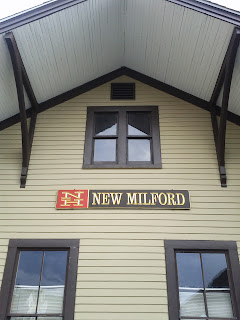 Took a break in New Milford 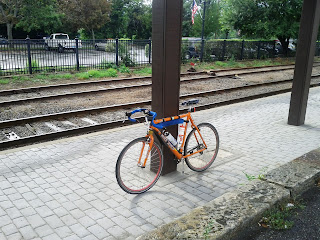 Hearing thunder I checked my Blackberry and saw that a cell was moving through Newtown and Brookfield so I figured it would be a smart move to wait it out. 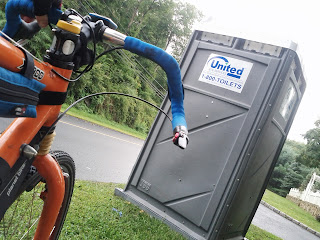 Finally getting back to Newtown, I hit this porta-potty left over from the parade 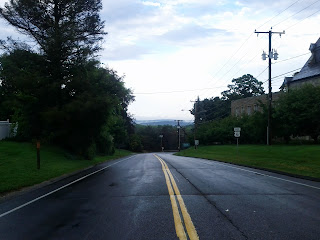 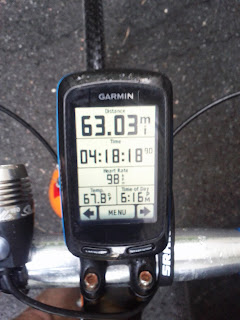