I had nothing planned on my calendar for Friday so I took the day off so I could end the summer with one, last big ride.  All week I had been planning this ride, I bought arm warmers because I was worried that it was going to be cold in the morning, since riding to work on Tuesday and doing a workout ride early Thursday morning was down right frigid each morning.

If you haven't figured this out by now, I am a planner, and what I love about riding roads is planning the next ride or adventure.  I think it's a way of reconnoitering all the possible routes should I decide to bail on a route that I would be following. 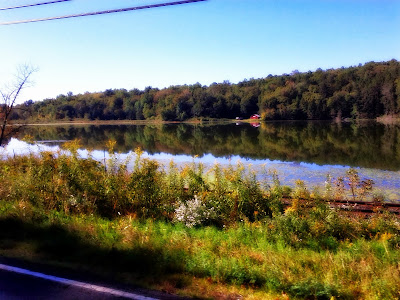 My original plan was to leave from home but that meant I wouldn't be able to hit some of the things I wanted to see, like Salisbury's Railroad Ramble, a two-ish mile rail trail of what used to be the Central New England Railroad, and the Millerton to Wassaic section of the Hudson Valley Rail Trail. 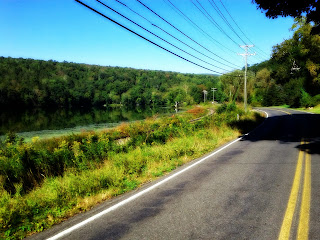 Leaving later had it's advantages, too, dropping my boys off at the bus stop and playing Frisbee with them before the bus comes, and the chance that it could be warmer meaning less stuff I would need to wear/carry. In the end a snap decision to leave from New Milford cost me my heart strap. 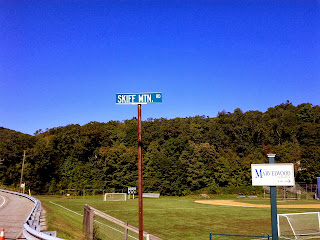 Today I was riding Skiff Mountain and what a climb!  I didn't break any records of course but it had been on my to do list for awhile.  I thought it was going to be a dirt road but it turned out to be paved.  And of course nagging me the whole way up was I couldn't see my heart rate - it had to be up there - and also the fact that I still don't have the right climbing gears on the Cannondale.  It was a slow go but I made it! 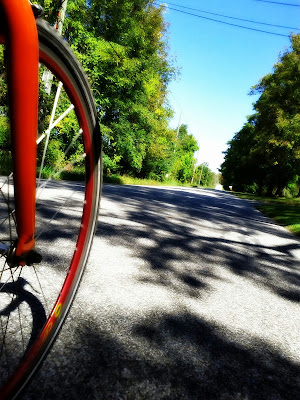 Not much to see when you get up there but a pretty straight road.  Still it was a nice respite after climbing almost a 1000 vertical feet in the span of two miles!  Finally at the top, you are presented with a choice of riding Skiff Mountain some more! 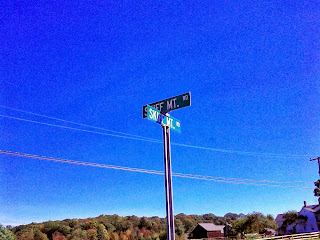