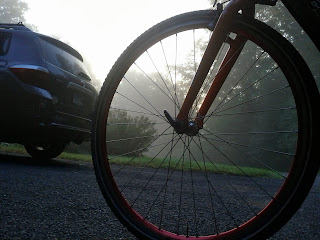 The League of American Cyclists 2013 National Bike Challenge wrapped up at the end of September and in the team competition I got second place, through I was going to pull out third but riding on Sunday and doing a Monday Bike Commute put me over the 2nd Place rider! 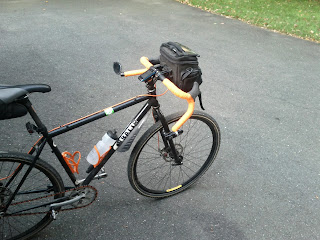 Trying some new stuff on the Singlespeed commuter.  I mounted this Topeak handlebar bag on the Qball because it wasn't getting any use on my tandem and thought it might be a good way to hold all my essential items.  Also threw a mirror on the bike to see if that might help on busier roads but it fell off on Pond Brook Road.  The handlebar bag fared well on Pond Brook but the Jury is still out on whether I am going to keep it there or not. 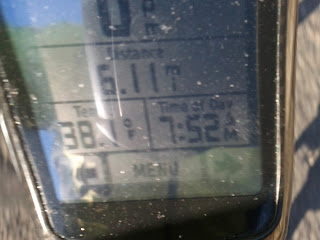 It was pretty cold riding to work on the last day of the Challenge.  I have been seeing morning temperatures in the mid to upper 30s for the past two weeks now.  Seems a bit unusual. 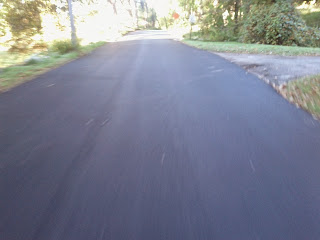 One treat on my commute that has finally surfaced, the tail end of Walnut Tree Road in Bethel finally got paved and it is SMOOTH!  That just leaves the paved portion of Pond Brook Road, after Newbury, that needs to be fixed.  I will keep the dirt portion of Pond Brook, though.