I finally did it!  Riding from Exit 14 I went from Southbury to Middlebury via Larkin Bridle Trail, then Middlebury to Woodbury via the Middlebury greenway.  Down the Woodbury Trolley Trail and then on back to Southbury. 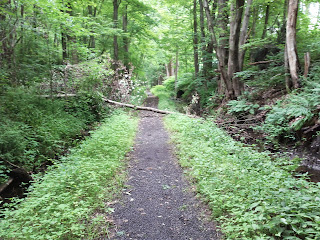 Of course riding the Larkin after the area got upwards of 8 inches of rain the past week was not the brightest of ideas.  Quite a few new blowdowns, lots water everywhere and it was axle deep at Towantic Hill Road! 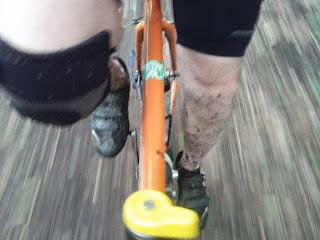 It's almost half gravel and pretty good route.  If I had more time I would have added the old farming road in Flanders Nature Center which would make it half dirt and half pave. 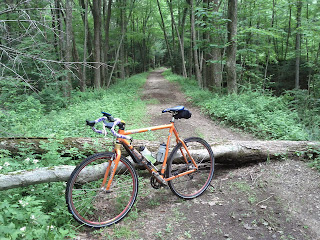 I think the Woodbury Trolley Trail was worse.  Quite a few blowdowns and quite a bit of water running down the middle of the trail.  Out by the end there is a lot of Poison Ivy.  I won't be coming back till the fall - I hate poison ivy! 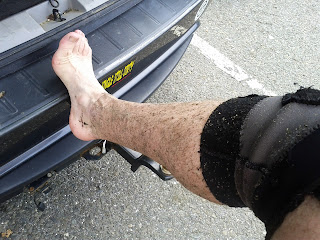 Nice ride Mark!, I live on Christian and do parts of it often, usually larkin to hop brook park to Middlebury greenway, woodbury trail if im goin to the flea market! A good place for post ride is Pies & pints at the tunnel on middlebury greenway. Ice cream window below, many different & good beers on tap!!