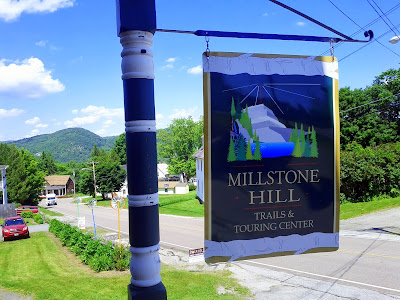 On Friday, on the way to Kingdom Trails, Glenn and I stopped off at Millstone Hill.  Millstone is an old Granite Quarry that now has a labyrinth of trails surrounding it.  Some of the trails are dual track that used to be old railroad beds that were used to haul the granite out of the quarries but it's the singletrack that we are after. 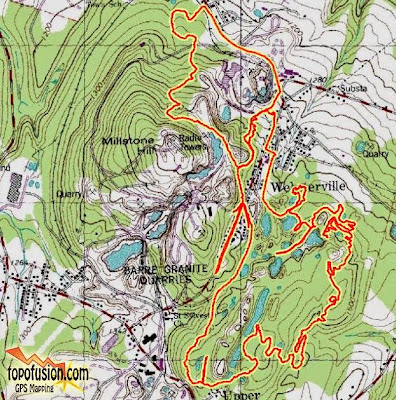 The Map that you get is somewhat confusing and Glenn and I ended up going down some misleading routes a few times.  It was a lot hotter on Friday and there weren't as many bugs as we had in Rutland.  Still, we slathered up in bug repellent just to be safe.

Pine Hill was cake walk compared to Millstone.  Trails are much more technical, a lot more technical and a lot more challenging.  For some reason, the Spot wasn't treating me well this day.  The only thing I could think of was the geometry being off by the White Brothers Fluid 29er fork.  It's a 110 mm fork and makes the front end really slack which I found difficult (and tiring) riding these really technical trails. 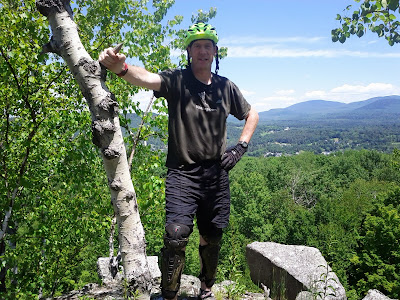 Nearing the end of the ride we stopped by one of the hill tops and climbed to the summit.  The view was outstanding! 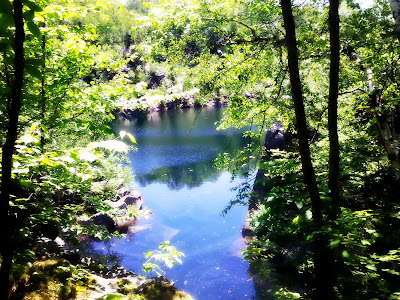 The water was looking really inviting! 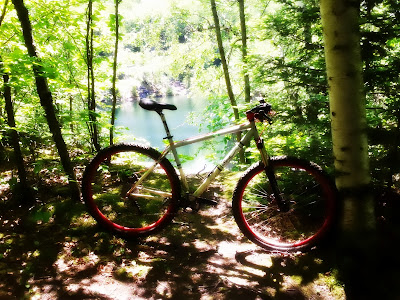 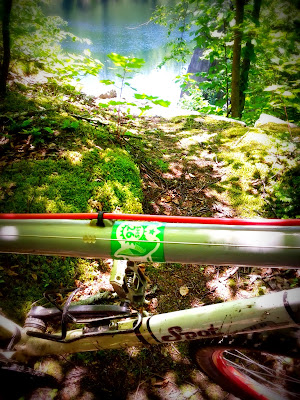 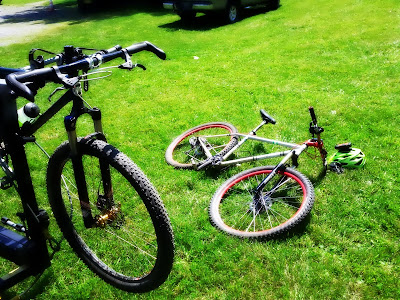 I would say this was one of the hardest rides in my mountain biking career! 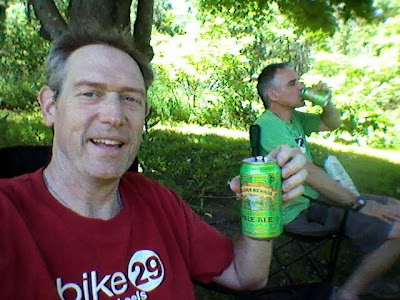 Knocked back a few Sierra Nevada's in the lot 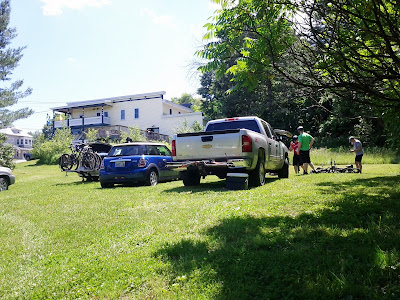 But I look forward to coming back and next time riding the singlespeed! 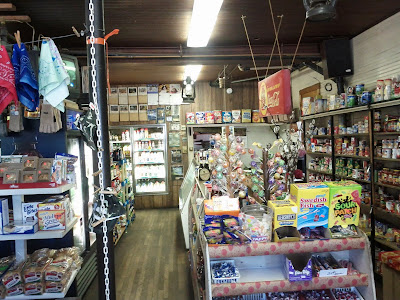 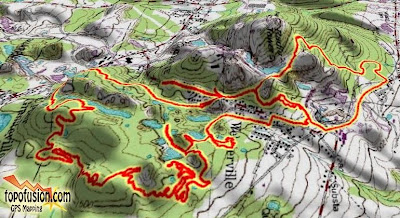