Singlespeed commuting on 42:15 isn't what it used to be 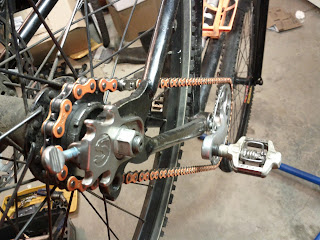 I have been riding 42:20 on the Qball for quite some time now but I found that while it's a great gear for climbing it really sucks in the flats.  Tuesday night I switched gears and went to 42:15 for Wednesday's bike commute. 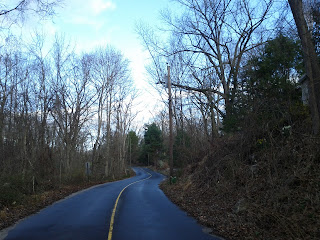 Roads were a little wet Wednesday morning but I have fenders so there was no chickening out because the roads might be wet.  Still tights temps for the mining ride and in my pack I had shorts and another riding jersey because afternoon temps should be approaching 70 degrees. 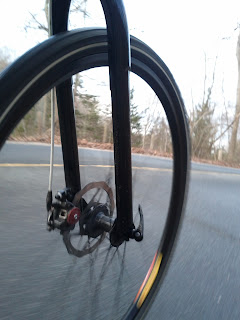 In the flats, the gearing change was awesome but it sucked in the hills.  Maybe I am just getting older or haven't built up my base enough but I was really struggling on some hills.  So much so, that my average cadence for this ride, according to Strava was much lower. 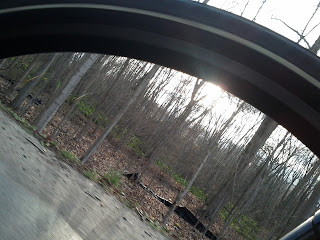 When I got to work I posted a few comments out on the interwebs and one of the responses I got was to try 42:17, especially since I will be riding in a charity event this weekend called the Rock 2 Rock in New Haven.  I will be riding the single speed of course because I am still trying to get ready for SSAP.