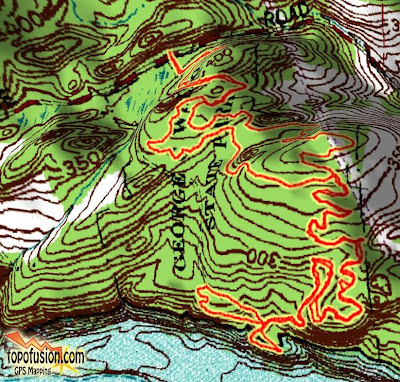 So you might be thinking to yourself that if I am this obsessed with these bars that I should either Love Them (and shut up about it) or Shove Them (out the door) and be done with it.  The problem is that I like these bars but there is just this one nagging issue I have with them and that is they aren't wide enough.  Because of that I keep saying to myself that I need to give them more time.  So, because of that I will shut up for now about these FUBars. 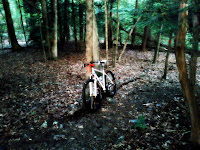 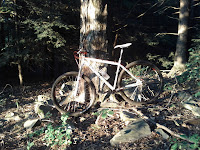 Waldo is a lot like Upper Paugussett in that it's not a destination ride location but a great place to hit often if you don't have a lot of time.  It doesn't boast a lot of stuntry, there are two really big skinnys (one is still a work in progress), two big up-and-overs, and one roller with a sketchy tranny.  Still, it's a superbly designed trail and get's a lot of attention from the person who designed it, and myself, from time to time because I live pretty close. 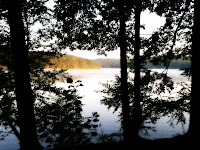 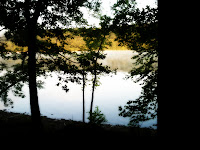 When you get down to the water, Lake Lillilohna, the views can be breathtaking, like it was Friday morning with fog on the Shepaug Dam and wisps here and there up river. 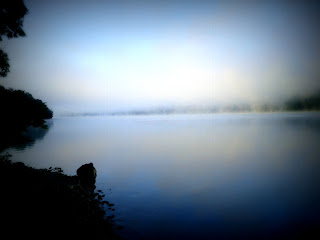 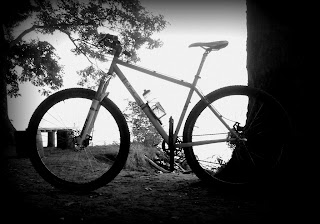 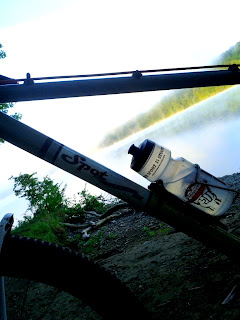 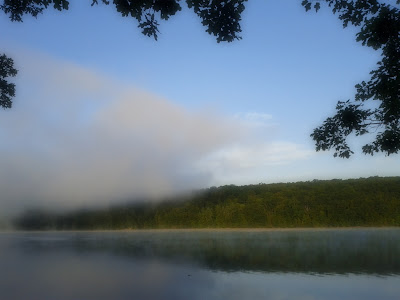 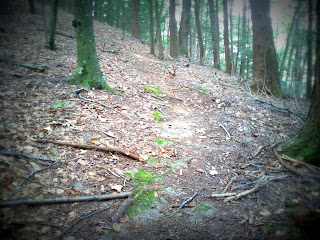 I think I finally found the Dam Trail!  Never noticed this splinter trail coming off  the main trail but I think this might be the trail that goes down to the Dam.  It looks pretty sketchy because 50 yards in the side slope gets really steep and the natural benching isn't enough.  Not to mention if you wind up at the Dam you could get fined for trespassing. 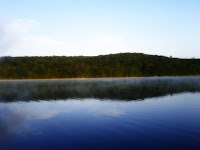 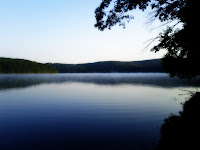