It's Fall and that means it's Cross Season but I don't race cross, rather I ride my Monster Cross.  In case you are wondering what a Monster Cross bike is, it's a 29er mountain bike with dirt drops; rigid fork; single speed or geared; sporting larger tires than your basic road variety.  One of my favorite places, besides rail trails, is to ride the dirt roads for Roxbury and Washington, CT. 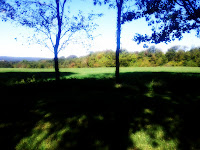 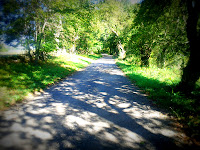 And it's time to get ready for the infamous Tour de Roxbury.  That's an invitation only event through this same area but my plans to ride it are still up in the air due to my youngest son's birthday party.  Still, it was great getting out on a beautiful fall morning and riding some dirt!  Also, don't have a choice right now in the riding department because both my mountain bikes are down at the moment.  The Spot needs a new B-Screw for the rear derailleur and as reported in the past I am still having EBB issues.  I think I just need to replace the EBB with an after market one from Carver or Bushnell because the standard pinch bolt system that comes with the Raleigh just doesn't work. 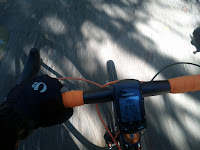 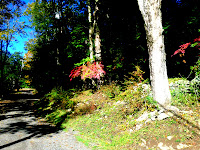 I got to the Roxbury Market a little after 9 AM and the usual ride had just left.  It was just as well because I didn't want to slow them down, although comparing their times with mine they seemed comparable.  Still it was a nice 30+ mile ride to be with my thoughts.  On Painter Hill I passed two guys in Bethel Cycles kit heading back towards the Market.  I thought that was odd and wondered if they were part of Stephen Badgers 9 AM ride but had issues forcing them to return to the starting point.  I rode down Moose Horn and then down Battle Swamp, both are insane descents that I have never ridden in the opposite direction before. 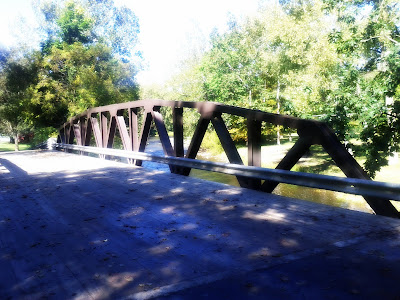 My goal was to ride at least 30 miles and do a lot of climbing!  I got both and then some.  I maybe slow but at least I am consistent and I never had to stop on any of these climbs!   For the most part the route was great, one of the roads, Weiting Road, didn't go through forcing me to detour around.  And then looking at the route after the ride, instead of turning right onto Upper Church I should have continued down towards Route 202 and stayed on the sides roads till I couldn't. 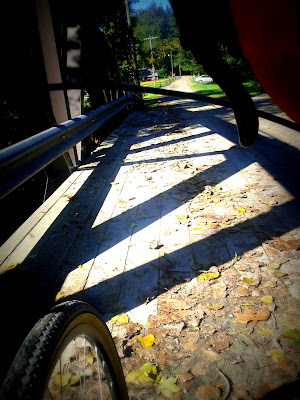 The highlight of the ride, for me, was to recreate the route of the old New Preston Branch of the Shepaug Railroad.  It had been bugging me for a few years after coming across an obscure reference to the Shepaug Railroad in a New York Times Archive about the announcement of the new line, called Extending the Shepaug of how this line would have made it's way to New Preston because it doesn't show up in any maps.  I figured it out by studying the old Topos of the area and coming to the conclusion that it was the now Route 47 was the old railroad bed. 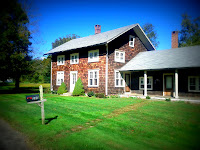 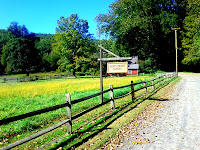 I will have to come back later in the fall to see if any of the old road bed is still visible.  One thing that I did discover was after crossing over the Shepaug, there is a parking lot and what looked like a trail that follows the original road bed.  If I had more time I would have explored it further but I didn't.  I miscalculated the time it would take me to rid this route.  30 miles a long the coast is a 2 hour ride, but 30 miles in the Litchfield Hills is a 3 hour ride! 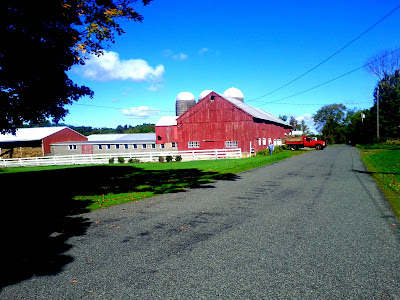 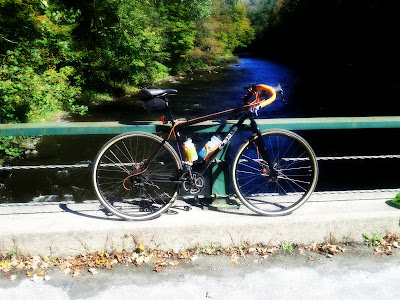 Heading down from Washington Depot I got an additional treat, River Road was under construction and completely dirt!  Upon arriving at the entrance to Steep Rock Reservation I stopped on the bridge to refuel and send a text to my wife to let her know that I would be a little later than I originally thought.  Despite an earlier issue with the right bar end shifter, the Qball was performing beautifully, however, I discovered later that the rear wheel has developed a wobble.  It's a crap wheel set and it appears I might have to replace it. 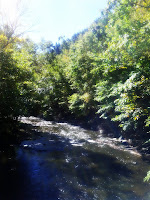 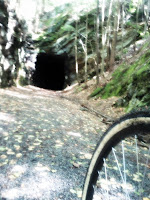 Lots of horses at Steep Rock.  I passed four different groups, all very carefully of course.  I even saw some older folks riding bikes there, too. The track was really soft in a lot of places, clearly this area also received the shellacking of rain that we got Saturday night.  The route back to the market was good and at the end of the ride I felt awesome.  Of course when I got home, after unloading the car, my son Elliot tells me he wants to go riding!  Who am I to say no to that?
at 6:50 AM