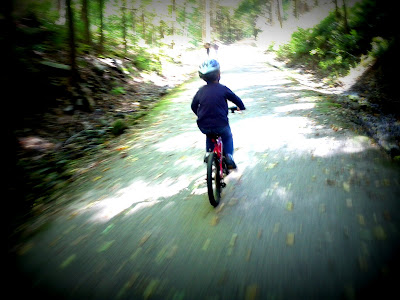 When Elliot asked if we could riding after I just rode 30+ miles on the dirt roads of lower Litchfield County there was no way I could say no.  I was tired and my leg muscles were sore but I threw on a fresh shirt and loaded the car back up and off we went to the Monroe Rail Trail. 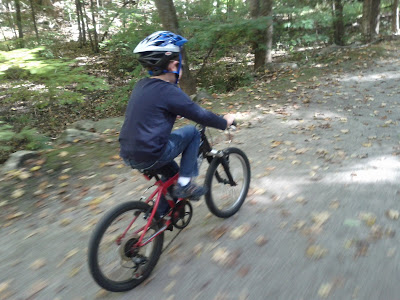 Elliot was born with under developed optic nerves which in medical terms is called Optic Nerve Hypoplasia.  While technially his condition makes him legally blind, that doesn't stop him for doing the same things that we all do.  He skis, runs, swims, and now (finally) rides, too.  He can see but it's harder for him to focus on things unless they are up close in front of him.  Everyone else can hold their eyes front, that is our null point, but in Elliot's case he can't hold his eyes like we do, instead his eyes shake back in fourth (slowly).  His null point(s) is at the sides of his face. 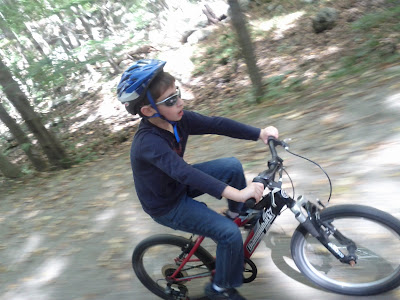 I realized half way down the trail what that means for him when riding.  He has a tendency to drift to his left.  I think what I will have to try is having my blinky on and telling him to follow it.  I am going to research other methods for visually impaired cyclists and see what else is out there. 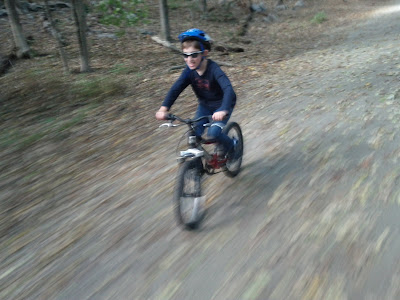 He enjoyed riding to the park immensely.  The added benefit of riding this section of the Monroe Rail Trail is stopping at Wolfe Park to let the kids play on the jungle gyms and relax. 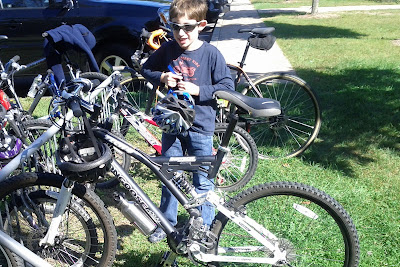 Actually, Elliot didn't want to play, instead he hung out with me on the park bench and we talked about Minecraft strategies and had a snack.  The ride back to the car went exceptionally fast for some reason.  I think it was the fact that on the way home we would be stopping at the local Peachwave for a treat. 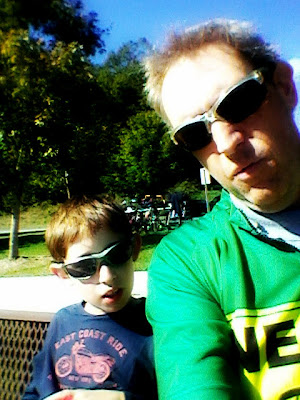