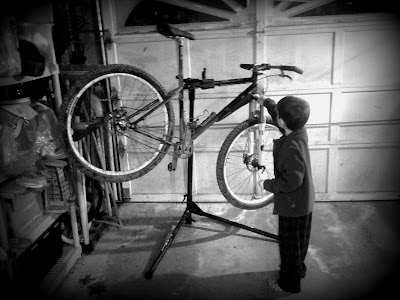 I enlisted my youngest son Thursday evening to help me clean my bikes because they were dirty.  I think I have been ignoring them because I can't ride and working on them earlier in my recovery probably would have had an upsetting effect upon me. 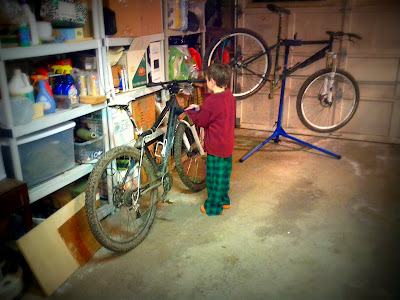 The task was to liberate the Fox F29 form from the Kona in preparation for the Spot Longboard.  The Spot is at the LBS getting the headset installed, which is the one thing I won't do myself because I don't have the tools.  I prefer to have things like that and derailleurs done by the experts at the Bicycle Center in Brookfield, CT. 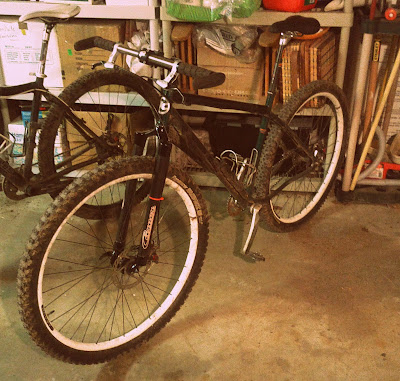 The Carver Carbon Fiber Fork looks hawt and there is a tremendous weight difference, too.  The Kona is ready to roll now. 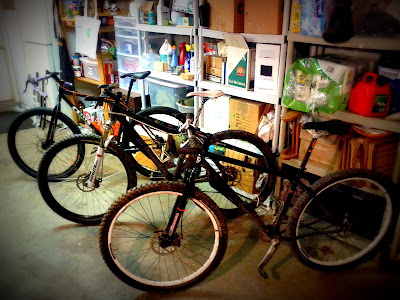 So many bikes to choose from and not enough time to ride.  The stable currently stands at 6 bikes now.
Going to have to get serious about selling the Ross but first I think I need to change the bars again.  It either needs real mustache, bullhorn, or flats. 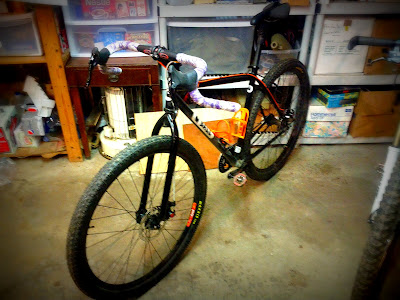 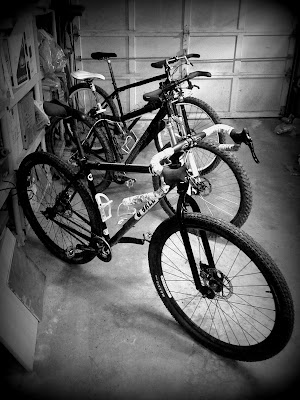