A new year has begun and hopefully more riding opportunities will avail themselves. Some riding goals for this year include riding in more Gravel Grinders like the 2010 Spring Classic Dirt Road Ride - April 18 in Waterbury, Vermont; D2R2 - Deerfield Dirt Road Randonnee 2010, Deerfield, MA, Saturday, August 21, 2010 (Registration starts January 11th); and of course theTour de Roxbury, hopefully I will be able to keep up with the pack better this time around. I will probably do a few more Route 66 races this year but that largely depends on family obligations, the ability to train (or I should say push myself to train) and my larger responsibilities to the Connecticut Mountain Biking scene as President of the CT Chapter of New England Mountain Bike Association. 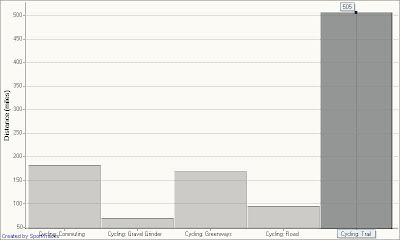 On top of that, I want to get my 9 year old daughter riding trails with me and get my two sons off training wheels! I did, however, get my wife on two wheels so I can foresee more family bike rides in the future. 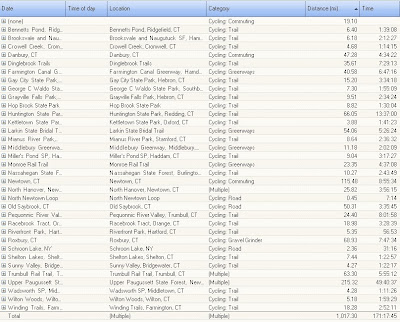 Looking back at 2009, it was a great year for me on a bike. I achieved my goal last year of riding a 1000 miles, half of which were trail miles. My commuting miles in 2009 were almost cut in half from 2008, largely due to increased job responsibilities, rainy weather in the spring and summer (I have to maintain my fair weather commuting status, ya know), and the extra burden of needing to transport my laptop to and from the office every night. 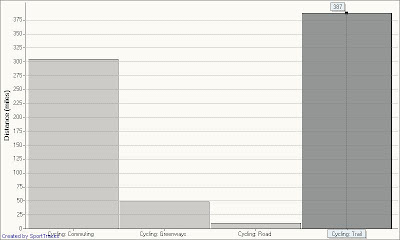 For 2010 I am setting a commuting goal of 1000 miles (riding fixed of course)! While on the subject of setting goals I also want to try and break 1000 trail miles this year. The key will be to push myself more to ride before work.

Not sure if there will be any bike changes this year. I am working on a new fixed gear bike for riding to work with. I am still on the fence with what to do with the 'Horse. With it being down so long and riding just the Dillinger I am finding that I prefer riding single speed and rigid a lot more than before. It's not the bike but I think the configuration of the bike that makes me want to ride it more. The pure simplicity of a rigid single speed bike on the ueber technical trails of New England seems to be an ongoing challenge that I want to master. Like my cars, I will probably just ride it into the ground.
If I can swing it, however, I want to get a Cannondale SLK Cross bike with a headshok. That would be the best Gravel Grinder bike/Rail Trail bike. 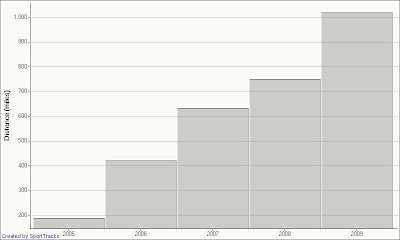 Email ThisBlogThis!Share to TwitterShare to FacebookShare to Pinterest
Labels: Gravle