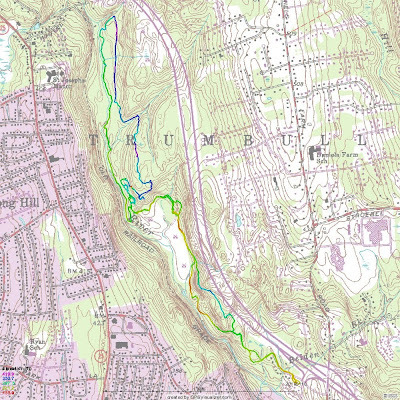 Took the 'Horse to Trumbull and met up with some friends for nearly a 3 hour ride in 25 degree temperatures. Again, dressed right for the conditions it's a blast. The main trails are well packed down and traction is never an issue. 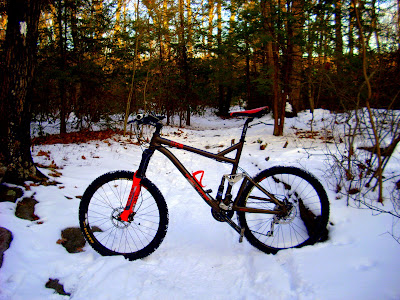 Upon getting on the bike at the Commuter Lot I noticed that my fork was really squishy and after one big compression there was a lot of oil on the stancheon. Oh, oh! Looks like I might have a bad seal. Yikes! I wonder if yesterday's ride in the cold, or the drive down could have effected the seals in some what. Thankfully I have a lockout, which gives me 3 inches of travel upfront and that was more than enough. Looks like the 'Horse is headed back to the shop this week. 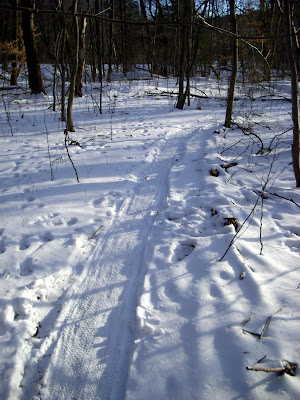 Here is what the main trails looked liked. It was like a groomed XCountry ski trail, only for bikes. Never a worry for traction and very smoother riding. 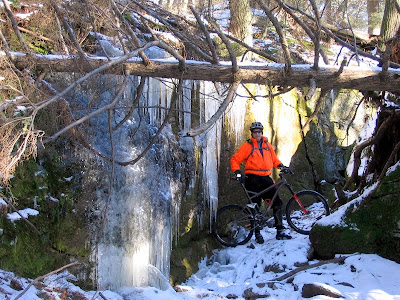 That's me in the Bat Cave. Rode some new stuff that I never knew was there and some trails that I haven't been on in year. The snow is the universal equalizer.
Rolling the new bridge on the blue trail
at 12:23 AM

DD -- Its a 'zoke. The seals leak straight out of the box. Get rid of the POS fork and put on a Fox.

Well, it has lasted me 2.5 years, maybe that could be something.